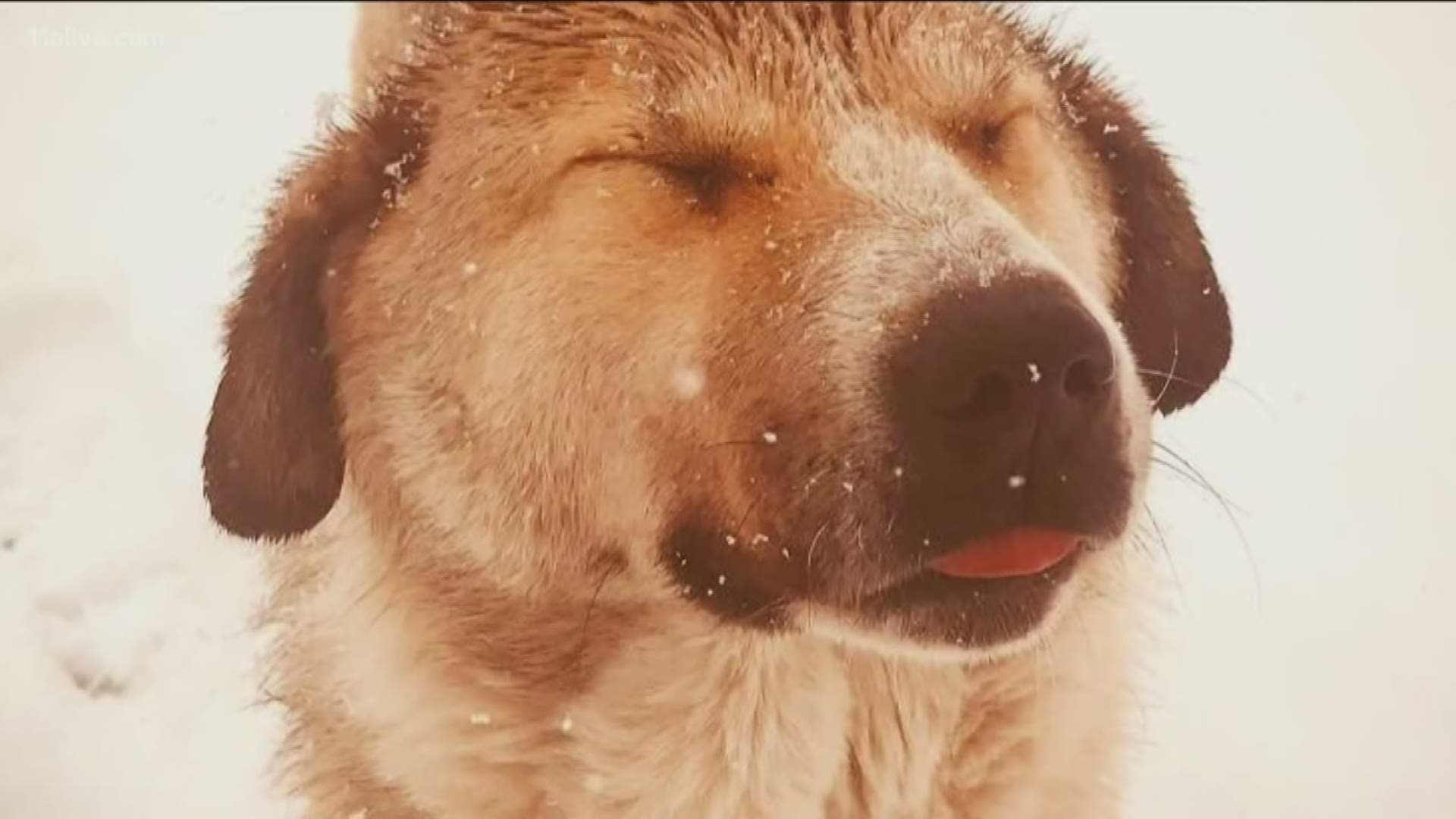 AFGHANISTAN  -- The beloved "company dog" of Alpha Company 1/121 is coming home with the troops.

The Battalion, based out of Lawrenceville, met the dog, Bear, during the first month of their deployment. The troops said it was impossible to imagine leaving him behind when they return home in about seven months.

“Being over there with Bear gives them something to be happy about,” said Alyssa Bailey, who’s boyfriend, Chris, is part of the troop.

1 / 5
Provided
Soldiers of Alpha Company 1/121 are hoping to bring home their “company dog,” Bear, who has become an “instant member of the family.”

Nowzad, an organization that works to help animals in war-torn countries, set up a fundraising page to help pay for Bear's vaccinations and quarantine that he must undergo before leaving Afghanistan. In all, moving him to the United States will cost about $4,000.

After 11Alive first shared the story, the community stepped up in a big way. The soldiers had already raised about $1,000, but now the total stands at over $10,000.

“I’ve heard he’s very loving, and I think he’s kind of old, too,” said Corina Gernatt, who’s husband is deployed with Alyssa’s boyfriend. “But he sounds just like the sweetest dog.”

Bear isn’t allowed on base, so the soldiers take turns bringing him food – and belly rubs.