Ben's Chili Bowl, a historically Black-owned restaurant, is paying tribute in their own way. 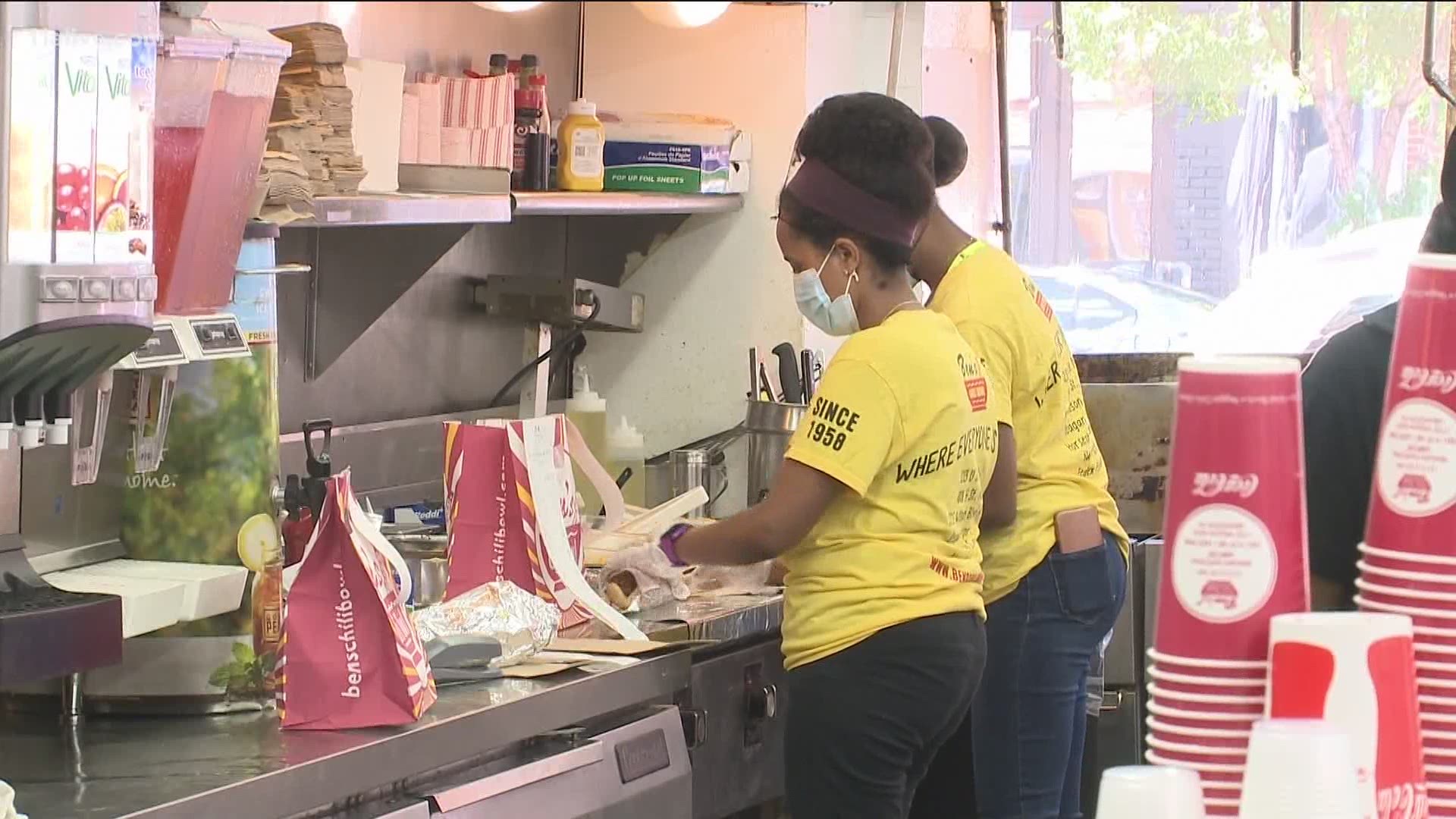 WASHINGTON D.C., DC — After serving the state of Georgia for 17 terms, Congressman John Lewis left an impact not only inside the political sphere, but also on the lives of locals in Washington, D.C.

Ben's Chili Bowl, a historically Black-owned restaurant, is paying tribute in their own way.

The iconic restaurant has been a staple in the D.C. neighborhood where it still stands, since the 1950s.

"Back from when we first opened, this was called Black Broadway, this was a very famous corridor for African-Americas," explained Kamel Ben Ali, whose family built the restaurant in 1958.

The dining room has a lot of pictures of famous people lining the walls. People from Rev. Joseph Lowery-Denzel to Barack Obama, and now a new face: Congressman John Lewis.

John Lewis had been in the restaurant since he was young. The Student Nonviolent Coordinating Committee, or SNCC, that Lewis was president of used to meet across the street from the restaurant.

When Lewis died, the restaurant's owners placed his picture with the message, "Rest in Power. "

Sometime soon, Ben's Chili Bowl said it may pay tribute to Lewis in a mural outside their building that features other influential Black leaders.

Every five years or so the restaurant puts out a survey to ask customers who they want on the mural.

"So I'm sure there's plenty of space for Representative Lewis," Ali said.