Investigators say the two men were found shot to death in the bed of a Ram 3500 pick-up truck. 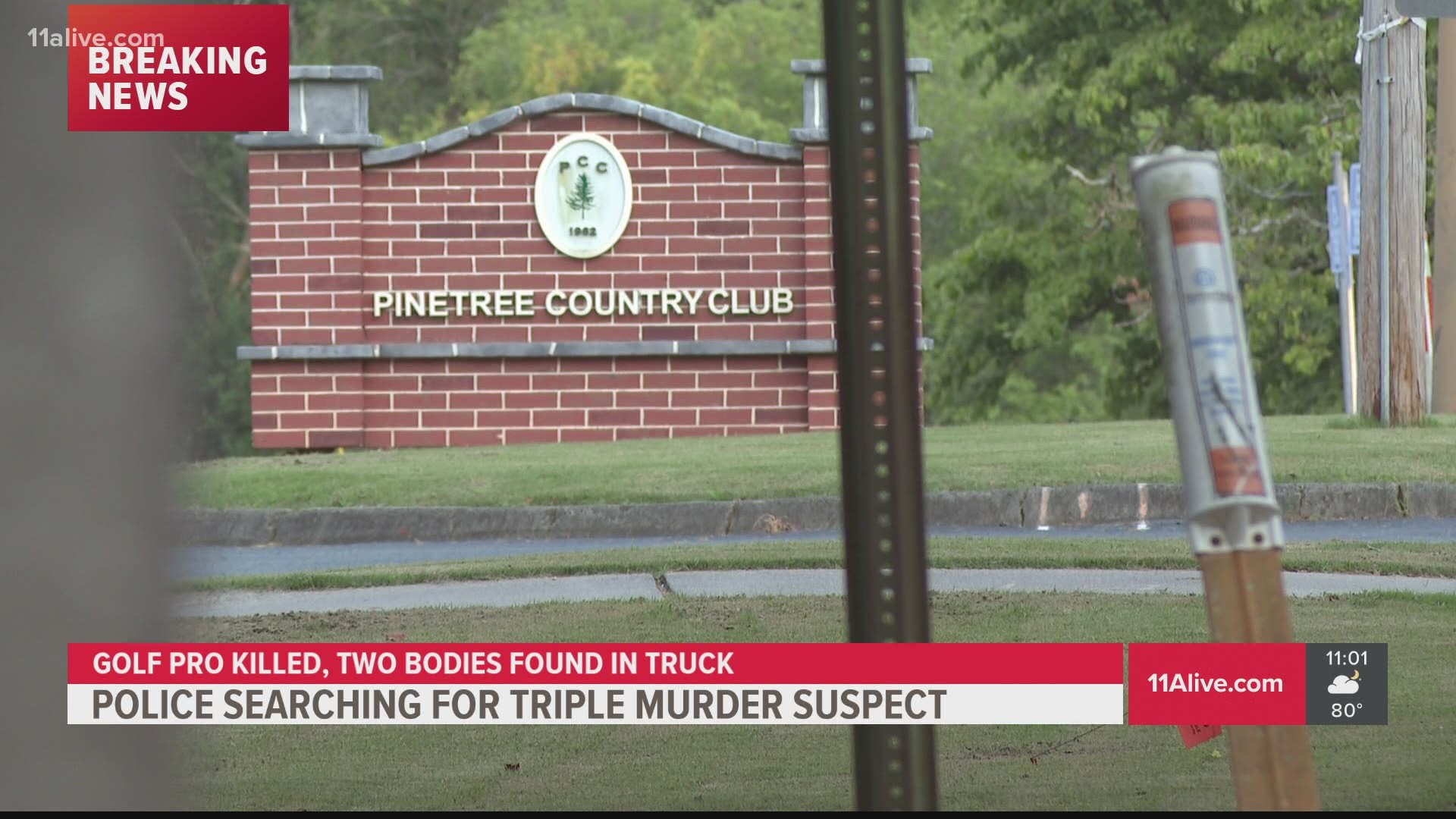 KENNESAW, Ga. — The bodies of two additional victims have been found after a shooting at the Pinetree Country Club that took the life of golf pro and director Gene Siller.

According to details released Sunday by the Cobb County Police Department, during further investigation two men were found shot to death in the bed of a Ram 3500 pick-up truck located at the country club's golf course.

One of men was identified as Paul Pierson, police said. He was the owner of the Ram 3500. The other man has not yet been identified.

The deadly shooting happened on Saturday afternoon just after 2:27 p.m. at 3400 McCollum Parkway.

When officers arrived, they found a man on green of the10th hole with a gunshot wound to the head. The victim was later identified as golf pro and director Gene Siller.

According to a member of the club, the alleged shooter drove his car to the 10th fairway at the country club's golf course, Siller went to see what was going on and he was shot.

A witness to the shooting said he heard five gunshots in a row.

"Then nothing went on, and immediately members reacting like 'I think there might be gunshots' and then apparently somebody was down on the ground," the witness said. "Then it was kind of like a frenzy, everyone was trying to figure out what was going on."

As of Sunday evening, the suspect had not been caught.

Earlier Saturday the Kennesaw State Office of Emergency Management said the suspect was a Hispanic male "considered armed and dangerous."

The suspect was last seen near Club Drive headed toward Shiloh Road. Officials also said the suspect has long hair, a white or tan shirt and dark-colored work pants.

There has not yet been an indication of a motive behind the suspect's actions or further details about what led up to the shooting.

A fundraiser posted to GoFundMe has been set by friends and community members in efforts  to raise funds for the loss of Siller.