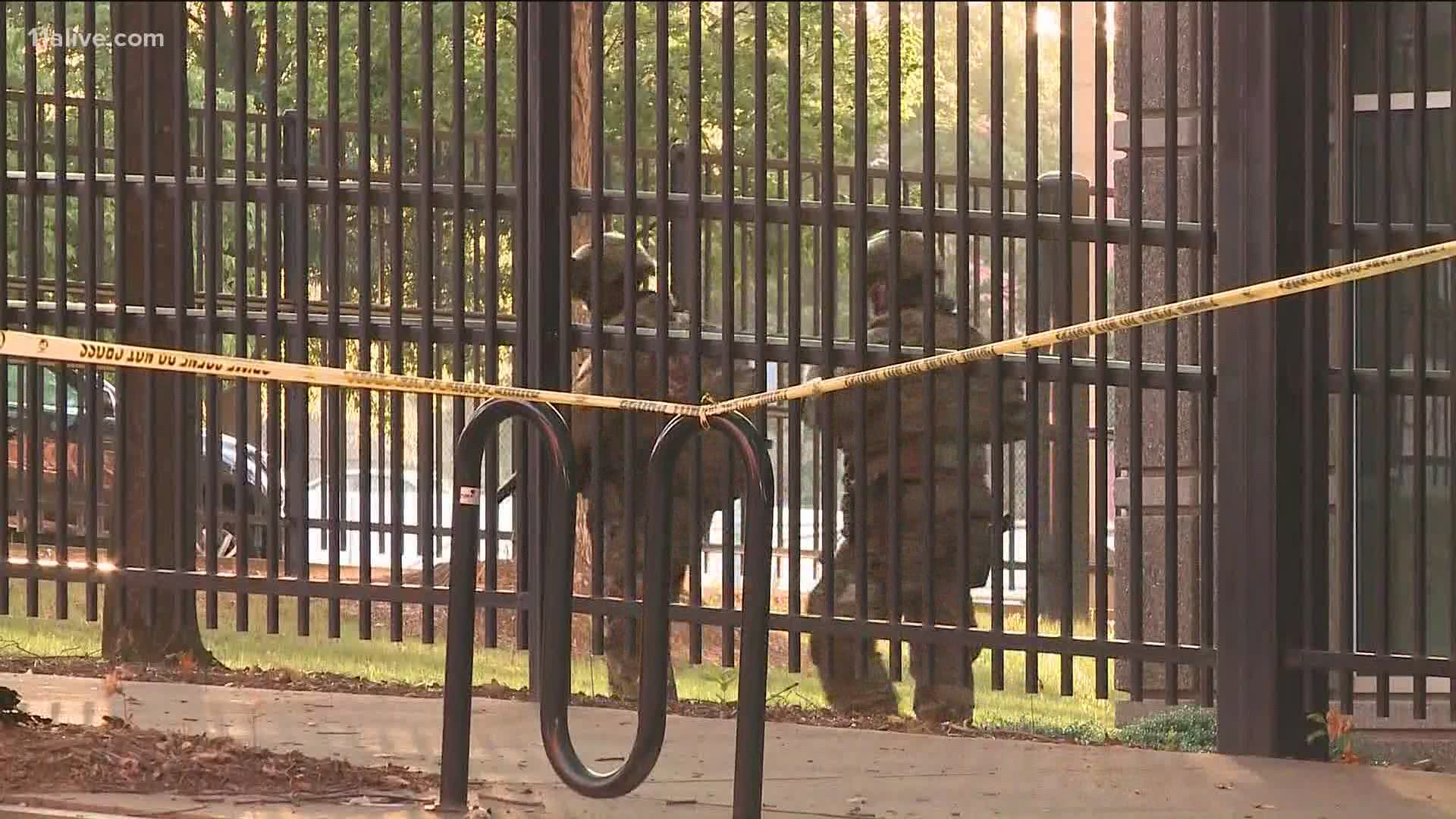 There was significant damage visible to the outside of the building and federal law enforcement could be seen examining the damage left by vandalism overnight.

Broken windows and what appear to be scorch marks left from fireworks are visible.

The building -- near the corner of Ted Turner Drive and Trinity Avenue -- houses the federal immigration court as well as the Department of Homeland Security and Immigration and Customs Enforcement.

Several videos were posted online by at least one group, using the twitter handle @AcidVitalism, was claiming the vandalism was "in solidarity with the freedom fighters of the #PortlandProtests."

The hashtags #PortlandProtests and #PortlandSolidarity have been used online in reference to the protests against federal law enforcement in recent days in Portland, Oregon.

Additional posts from the group later in the day on Sunday also indicated solidarity with recent demonstrations in other cities, including Seattle, Oakland and Austin.

The group also said they had barricaded a portion of Ted Turner Drive during the overnight hours. However, this has not been verified with Atlanta Police.

"Last evening, at 180 Ted Turner Drive, Atlanta, Georgia, several windows of the facility were broken and the facility was spray-painted," said Federal Protective Service spokesperson Rob Sperling in a statement to 11Alive on Sunday afternoon. "No arrests were made by federal officers."

Sperling referred information on damages to the General Services Administration, the agency that runs most buildings operated by the federal government.

According to the FBI, they are investigating the incident, along with the Department of Homeland Security.

In response to a request for information, the group that damaged the building told 11Alive News on Sunday that the incident was organized by way of an encrypted app group chat.

"In solidarity with Portland last night, a crowd gathered in Atlanta outside the DHS/ICE office. These agencies are directly responsible for ruining untold numbers of lives, and for the violent policing of the Portland protests," an email from the group said, in part. "We will fight with everything we've got against Trump's private police force, against authoritarian and despotic governance. What the police produce, above all, are their own grave-diggers. Their fall and the victory of the ungovernable are equally inevitable."