Fernando Sanchez says he ducked when he heard his glass shatter, realizing he missed the bullet by inches. He says he got small cuts on his ear from the incident. 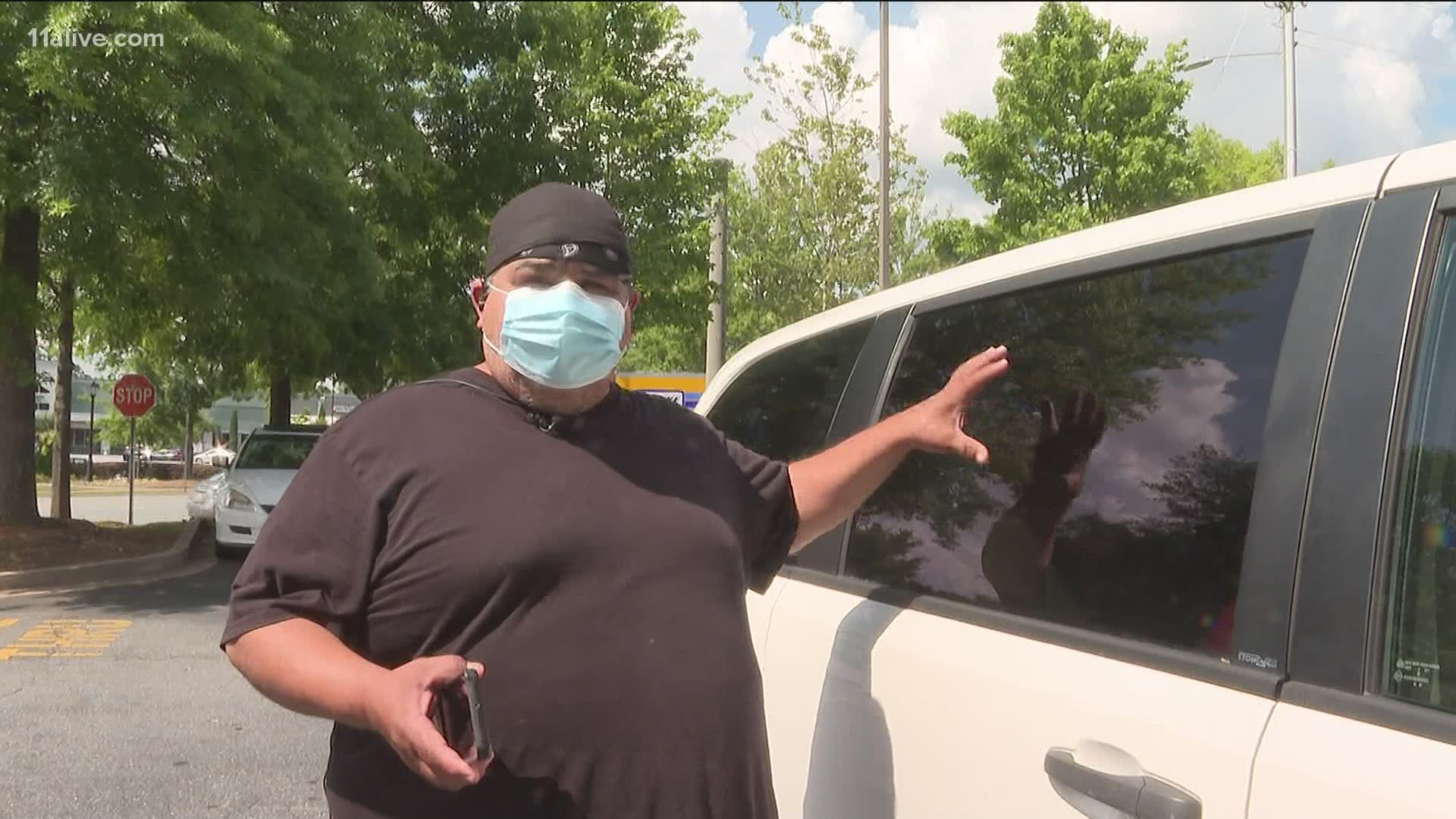 ROSWELL, Ga. — Roswell Police are searching for a man who allegedly fired shots at a taxi driver Friday morning. It happened Friday morning near the intersection of Old Roswell Road and Holcomb Bridge Road.

That taxi driver is father-of-three Fernando Sanchez. He was sitting at a red light at that intersection when he heard loud noises. He said he missed the bullet by mere inches, by ducking towards the passenger seat.

"The bullets crossed from the passenger side's back window to the driver side window," Sanchez said in an interview in Spanish that has since been translated by 11Alive's Paola Suro. "I ducked towards the passenger seat and when I turned, I could see the bullet hole in my window."

Sanchez said he was on his way to pick up a client around 9:30 a.m.  when he heard loud noises. He said his quick thinking to duck and stay calm is the reason he is alive today.

"I remember the sound from the back window exploding, then the driver side window shattering into pieces," he said. "That glass made small cuts on my ear, so the police put me in an ambulance where they checked the cuts and my blood pressure."

Credit: Provided
Fernando Sanchez explains where the bullet went into the vehicle

He did not have to go to the hospital and was able to take his vehicle to get repaired the following day.

Roswell Police said they are now searching for the suspect of this drive-by shooting who they said pulled up to the right side of Sanchez's Dodge Caravan and fired at least one round into his car.

The department released information saying the suspect, who was in a gray sedan, drove off westbound on Holcomb Bridge Road. They said there was no reported exchange of words or aggressive driving behavior leading up to the shooting.

"Thankful for God more than anything," Sanchez added. "People need to be careful. People can come out of the blue, even if you are not at fault, and hurt you. God forbid this happens to anyone because... well... it's scary."

Anyone with information about this incident or suspect is asked to contact the Roswell Police Department at 770-640-4100.

Anonymous information can be provided through Crime Stoppers Atlanta at 404-577-TIPS(8477) or online at www.crimestoppersatlanta.org.