Brandi Yakeima Lasiter is being investigated by police over the incident. 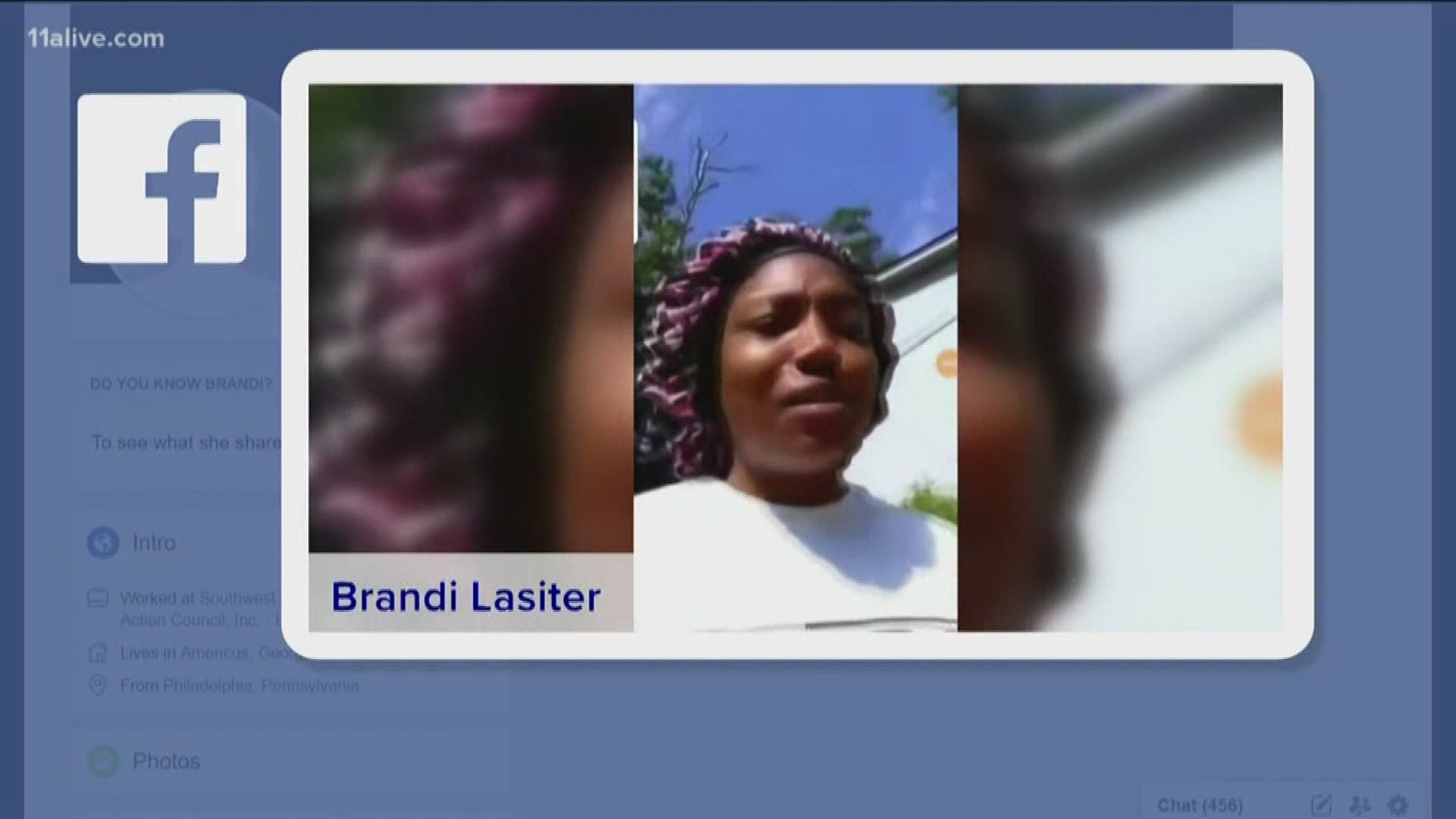 AMERICUS, Ga. — Brandi Yakeima Lasiter, the woman who made a viral video telling past sexual partners she had HIV and had transmitted it to them, now says she does not have HIV.

According to the Americus Police Department, after they began an investigation against Lasiter, she told police she is not HIV positive and “made the video because she was angry at the people she named.”

Police said Lasiter provided a Sept. 2018 HIV test that was negative, and has “voluntarily submitted to a current blood test.”

The department said the results of that test will determine if she faces charges in the incident.

In the original video, a copy of which had hundreds of thousands of views on YouTube,  Lasiter named several men and some of their partners, telling them she’d given them HIV.

RELATED: Woman's viral rant telling partners she's given them HIV is now being investigated by police

One of the men named in the video filed a complaint of “harassing communications” against Lasiter.

Under Georgia law, it is illegal to knowingly attempt to transmit HIV.

In this roughly one minute video, Lasiter goes on to brag about revenge and wanting to watch the men suffer.

11Alive spoke with Major Herman Lamar with the Americus Police Department. He said if Lasiter does have HIV and knowingly infected others, she'll face serious charges. Even if it ends up being a hoax, she'll still likely face lesser charges.

He pleaded guilty to killing a young mother and daughter. The state wants to execute him.