So far this year, there are 11 confirmed cases of measles in Georgia – more cases than in the previous decade combined. 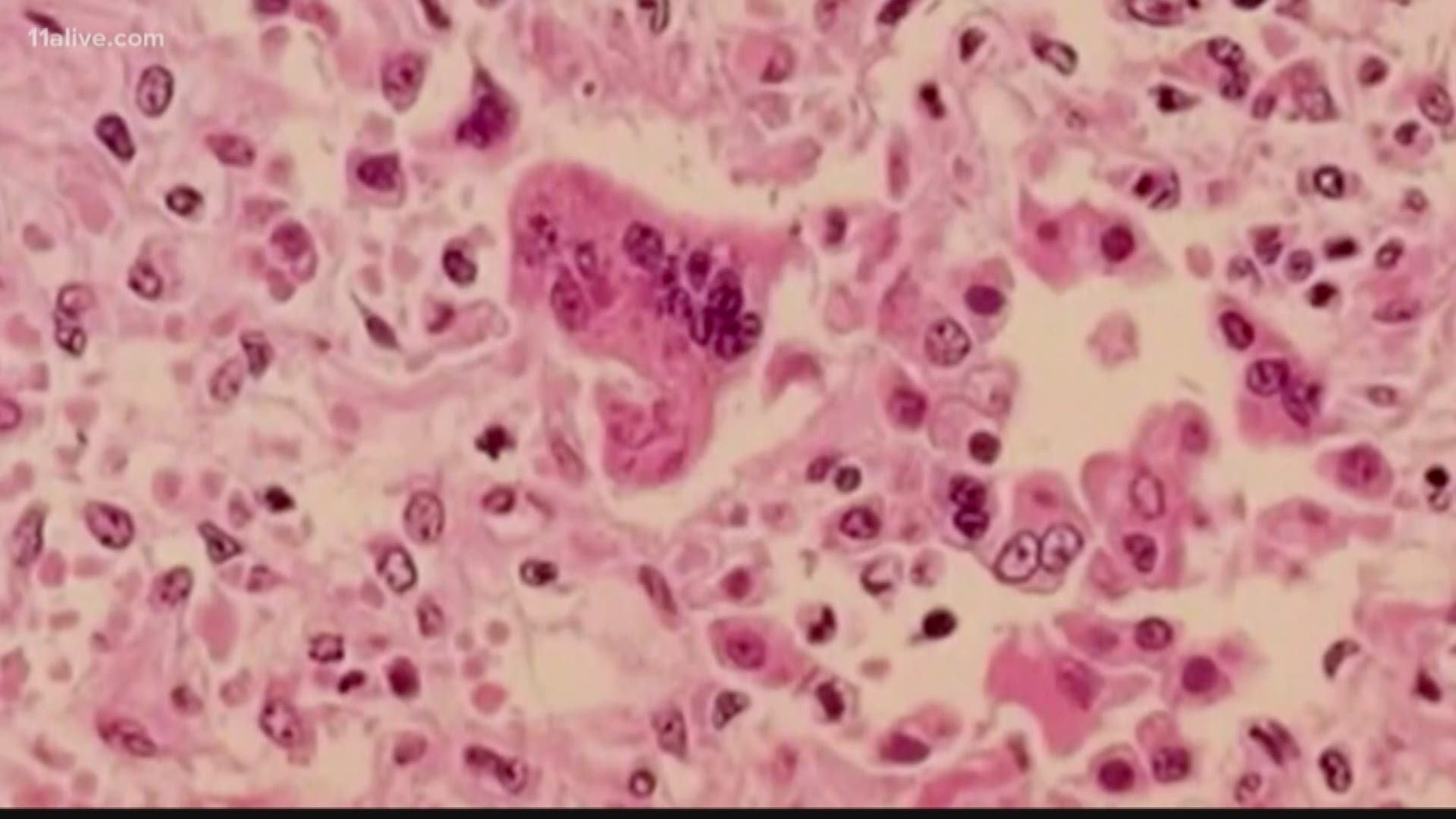 At least two of the people with measles are unvaccinated, and the vaccination history of the third is unclear, DPH said.

They may have exposed other people to measles between Oct. 30 – Nov. 13. DPH is notifying individuals who may have been exposed to the virus and may be at increased risk for developing measles.

This past weekend, another case of measles was confirmed in Cobb County. It is "highly likely" these cases are all related, they said, but the investigation into any linkage is ongoing at this time.

Just last week, school officials in Cobb County warned parents after a student had measles. They warned Mabry Middle School to keep their children home until the end of the month if they haven't been vaccinated.

The relationship between the new cases are not known. 11Alive has reached out to the school district to see if they were students or staff members at Mabry Middle.

"So far this year, there are 11 confirmed cases of measles in Georgia – more cases than in the previous decade combined," DPH said in a release.

Georgia has a high rate of vaccination among students. Only about 10,000 students statewide are reported to be unvaccinated.

“These additional cases of measles should be highly concerning for anyone who is not vaccinated with MMR. Measles is a serious disease, one which can lead to dangerous complications, even death,” said Kathleen E. Toomey, M.D., M.P.H. “The MMR vaccine is safe and about 97% effective in preventing measles. Vaccination is strongly advised for individuals not only to protect themselves, but to protect vulnerable populations - such as infants who are too young to be vaccinated and those who cannot be vaccinated for medical reasons.”

Measles spreads when an infected person coughs or sneezes, according to health officials. Droplets from the nose or mouth become airborne, or land on surfaces where they can live for two hours.

"Measles is so contagious that if one person has it, up to 90 percent of the people around him or her will also become infected if they are not vaccinated," health officials said.

They say measles starts with a high fever, cough, runny nose and red, watery eyes. Then a rash of tiny, red spots breaks out. It starts at the head and spreads to the rest of the body.

The Centers for Disease Control and Prevention (CDC) recommends children receive their first dose of MMR vaccine between 12-15 months of age and a second dose between 4-6 years old. More than 95 percent of the people who receive a single dose of MMR will develop immunity to all three viruses. A second dose boosts immunity, typically enhancing protection to 98 percent.

Adults who are not sure about their measles immunity should speak to their health care provider. There is no harm in getting another dose of MMR vaccine if you may already be immune to measles (or mumps or rubella), health officials say.

The DPH says that people with symptoms of measles should contact their doctor immediately, however, you should first call to let them know about your symptoms.

For more information about measles and measles vaccine, visit https://www.vaccines.gov/diseases/measles or https://www.cdc.gov/measles/index.html.