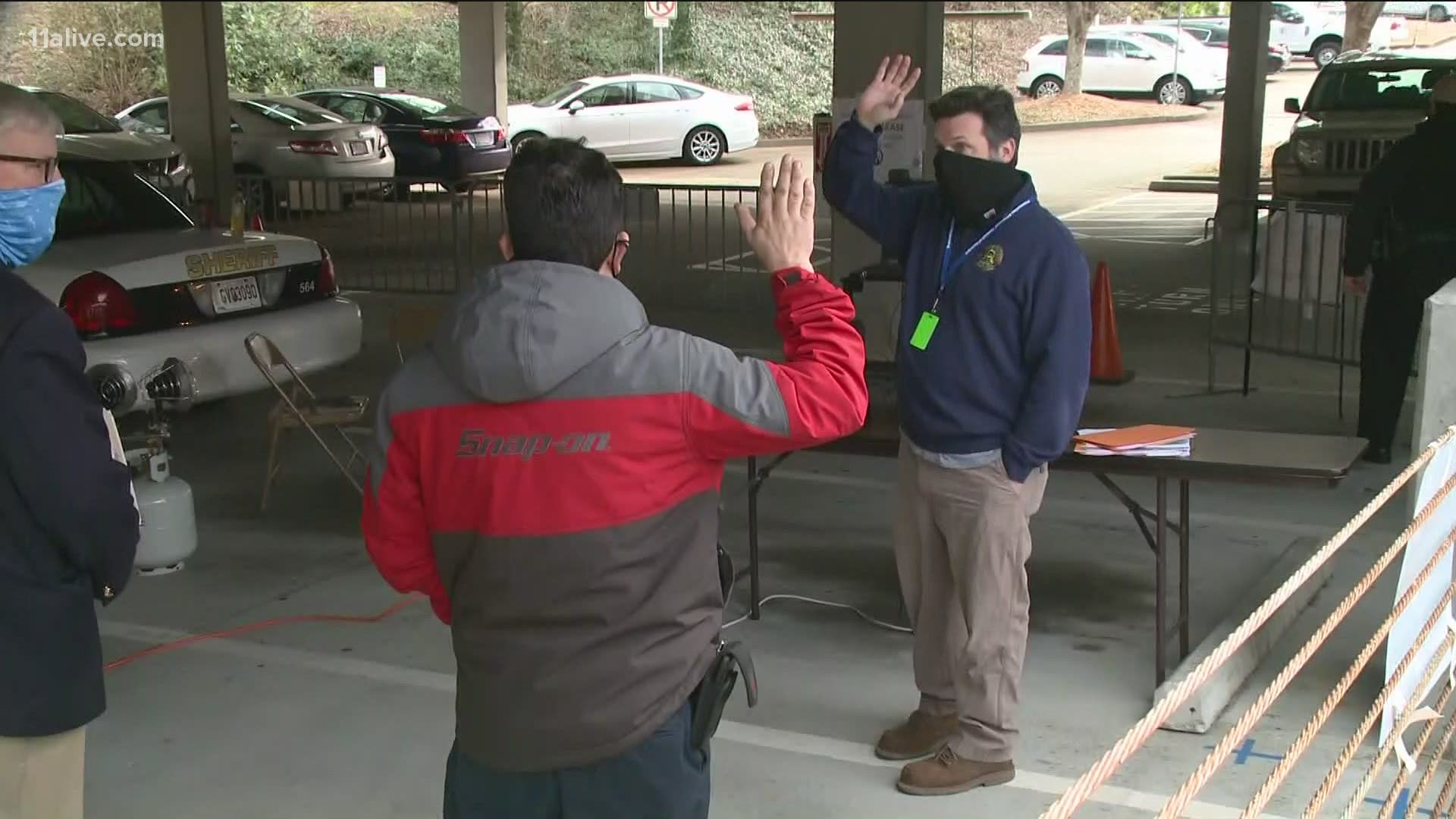 CANTON, Ga. — The pandemic has shut down much of the state’s court system.  But, in Cherokee County, officials have created a workaround.

They’ve moved court proceedings into the parking deck behind the courthouse building.

“At the outset, we were all justifiably skeptical,” said solicitor general Todd Hayes.

Three times a week, Cherokee County’s “deck court” commandeers several hundred square feet of the courthouse's cavernous lower parking deck. The county has installed temporary security checkpoints, added a bomb-sniffing dog – and added instructions for defendants to stay in their cars until their cases are called by phone.

“It was straight to the point. I was able to get a text in the car and waited in the car until they were ready to process me. At first, I thought it was inside the building, but it wasn’t,” said Andre Lightsey, who was here to fight a speeding ticket – which he says was rescheduled for this summer.

The parking deck is occupied by prosecutors, investigators, defense attorneys, and schedulers to process cases that had clogged when the pandemic started.

“We can’t do anything on the jury trial side. But we can get at the arraignments,” Hayes said. “And if we at least go after the arraignments, we can cue things up for jury trials and let those citizens who want to address their traffic cases or their misdemeanor cases and close them out if they choose, they can do it.”

On this January day, the winter elements didn’t deliver a wild card that often strikes the proceedings here.

But elements never affect the judge – who is a virtual presence on a monitor. Hayes said that’s out of what lawyers like to call ‘an abundance of caution.’

“The whole criminal justice system breaks and falls apart if your judge gets an infection of any sort so – technology is a wonderful thing,” Hayes said. “And that lets us keep working.”

“This is the first garage plea that I’ve done,” said Cobb County attorney Frederick Mann, who got his law license in 1978.  “Thankfully, it wasn’t snowing and wasn’t raining but when the weather cooperates (deck court has) some logic behind it.”

Deck court also does not handle civil cases – lawsuits, divorces, and the like are all still backlogged here in Cherokee County and around Georgia – until the pandemic allows courts to fully reopen.