Contact tracing is a medical term many people perhaps didn't know before the COVID-19 pandemic. For state epidemiologists it was already a key part of their job. 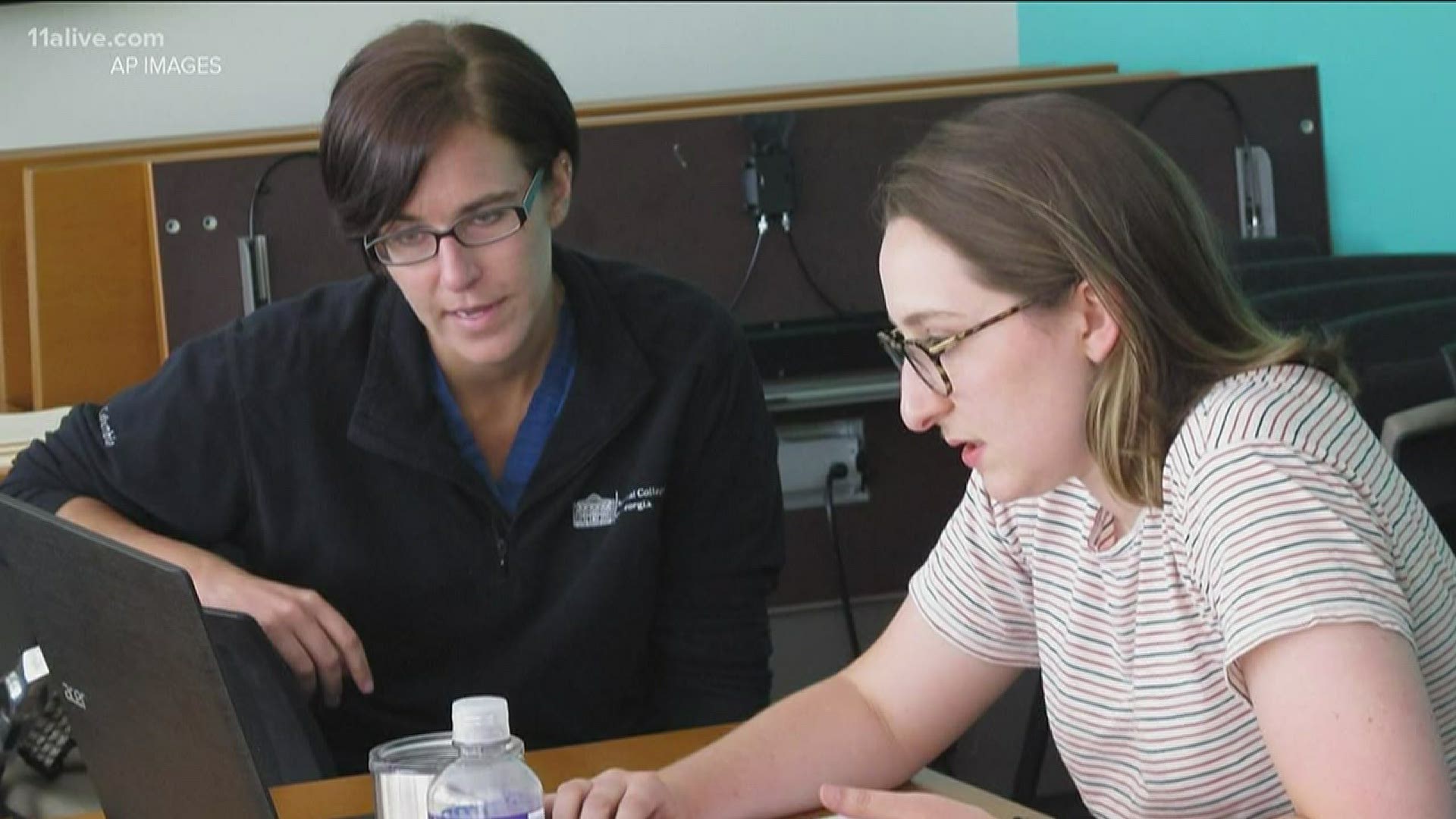 Top health officials on the federal and state level have named contact tracing, along with expanded testing, as the keys to slowing the spread of COVID-19 and containing future cases.

"Contact tracing is an instrument we use very regularly within epidemiology to track potential exposures, potential transmissions of viruses, infectious diseases over a multitude of different conditions and diseases," said Sean Bear, a GADPH epidemiologist working at the Coastal Health District based in Savannah.

Bear and other existing GADPH employees have used contact tracing for years to trace cases and the spread of conditions such as HIV, STDs, tuberculosis.

He said that because of how easily COVID-19 can spread, though, the workload for contact tracing has greatly expanded.

Health experts suggest a single infected person can infect from two to three other people.

With contact tracing, once an infected person is identified, the goal for health officials is to have contact tracers follow up and ask questions about where the person has recently been, what they did there, and who they have been with.

"The number of contacts can be very, very large. When we interview a case-patient who has tested positive for COVID-19 we are trying to identify close contacts, individuals that they have had physical contact with, or shared the same indoor environments with for a period of time and we are also trying to identify household contacts," Bear said. "Then we are also going beyond those immediate contacts and trying to track contacts with their employers, places of worship, healthcare facilities. Really trying to track down where this virus could have been transmitted and then prevent further spread with those individuals that are identified."

Contact tracers work to prevent further spread by having people exposed to the patient quarantine and tested for the virus.

The amount of work involved with a single case can vary widely, depending on whether a person followed the state's shelter-in-place order, needed to continue to leave home to work, or disregarded state orders.

"Some people have really followed the public health precautions, sheltered in place and stayed at home and that makes contact tracing very, very easy, because the opportunities for transmission of the virus are very, very few," Bear said. "In terms of an exact amount of time that can range from 30 minutes to a full day of work and sometimes multiple days depending on the level of exposure."

On Monday, Governor Brian Kemp announced the state is continuing to ramp up both testing efforts around the state and contact tracing.

The state is currently hiring interns to work as contact tracers, primarily people with medical education that are still in college or graduate school, or recently graduated.

Rebecca DeCarlo was hired as an intern a month ago and has since been working with Bear's team in Savannah.

DeCarlo is a medical student nearing graduation from the Medical College of Georgia at Augusta University. She plans to start a neurosurgery residency in North Carolina in two months but wanted to help with the battle against COVID-19 until then.

"This is a way that we can still give back and be involved that can hopefully relieve some of the disease burden on the hospitals, so I think it is very important," DeCarlo said.

The transition from med school to contact tracing was easy DeCarlo said, as she was already familiar with asking the necessary questions and was familiar with the types of databases being used to collect and track medical information.

"I can train a med student to incorporate into our team in 15, 20 minutes," DeCarlo said. "It is very fast."

Bear said his team in Savannah currently consists of 30-40 people that have been trained, with more people waiting if needed.

The contact tracing caseload for the Coastal Health District has perhaps been lighter than other parts of the state.

"We are happy to report that we have had suppressed numbers compared to other regions of the state," Bear said.

A spokeswoman for Georgia's DPH said contact tracing for COVID-19 is taking place in each of the state's 18 health districts. The number of contact tracers currently working or still needed at a single district varies widely depending on the caseload.

DPH has released few details so far but confirms the state is working with tech companies Google and MTX to develop an app that will allow contact tracing efforts for COVID-19 to be sped up statewide.