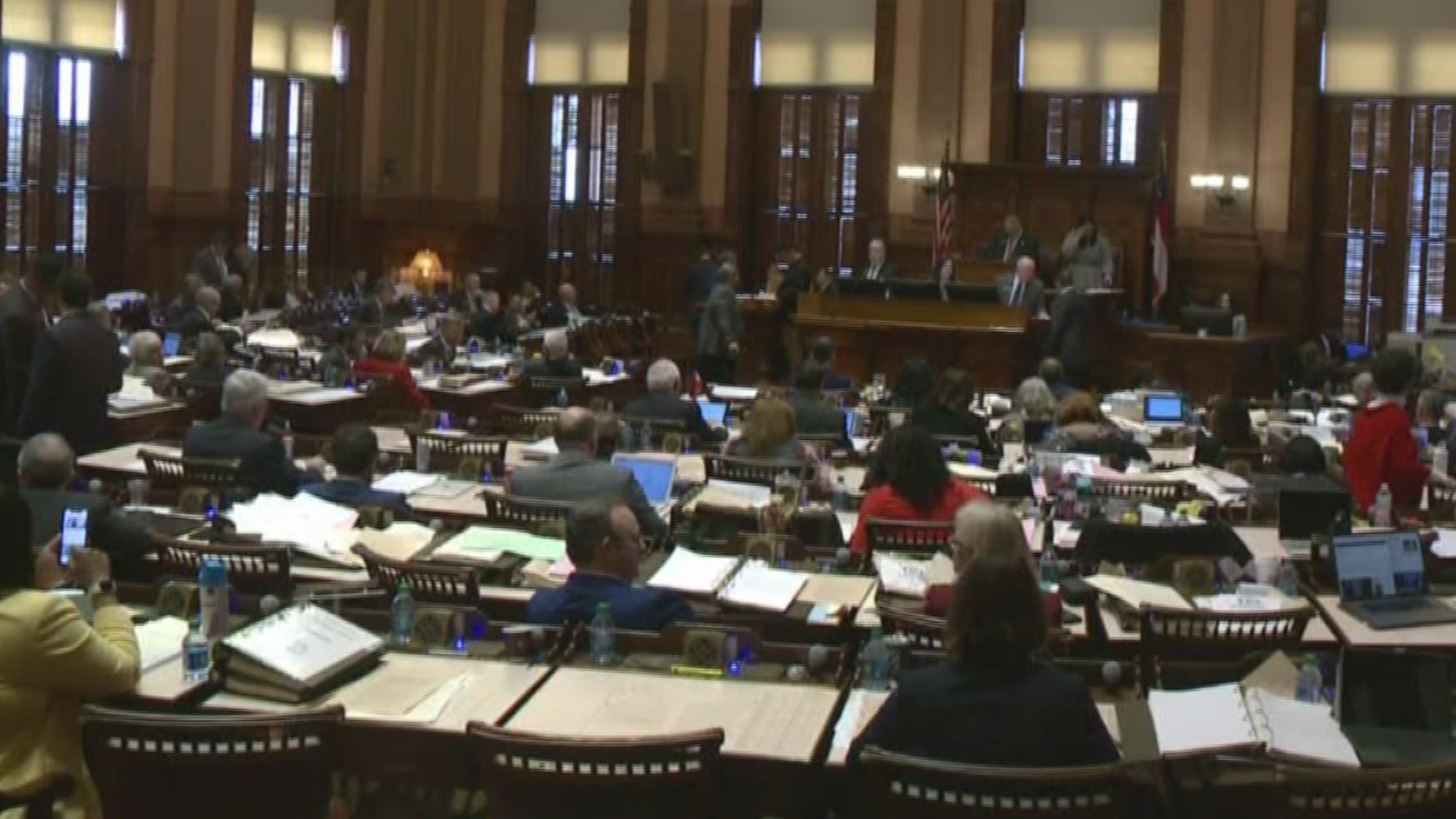 ATLANTA — Georgia lawmakers will suspend the legislative session next week. It's unclear when they will return, and whether they will finish the scheduled 40-day session.

House Speaker David Ralston told House members to go home Friday, while he conducts a one-man session, reading the captions of bills passed by the Senate Thursday, and assigning them to committees.

The session will suspend indefinitely Monday. Ralston said a decision will be made for lawmakers to return "to do the people's business."

The Capitol becomes one of the most crowded buildings in downtown during the 40-day legislative session.

RELATED: List of things canceled or postponed around Atlanta due to coronavirus

"This is a public health issue," said state Rep. Bob Trammell, D-Lutherswille, the House minority leader. "The CDC guidance is generally to avoid large gatherings. Obviously the capitol is a large gathering of people from all over Georgia."

Thursday the House sent to the governor a budget resolution – the only bill the legislature is legally required to pass. Many lawmakers speculated that leadership might shorten the legislative session to less than the 40-day maximum. Thursday was day 28.

Many lawmakers here are running for re-election this year. It is illegal for them to raise campaign money while the legislature is in session. That’s another reason why many of them would welcome an adjournment before the scheduled adjournment day, April 2.

But the suspension of the legislature starting next week could actually lengthen the session, if it goes to 40 days.