"Before he passed, the doctor put the phone up to his ear, myself and one of his brothers, we were able to let him know how much we love him and how much we miss" 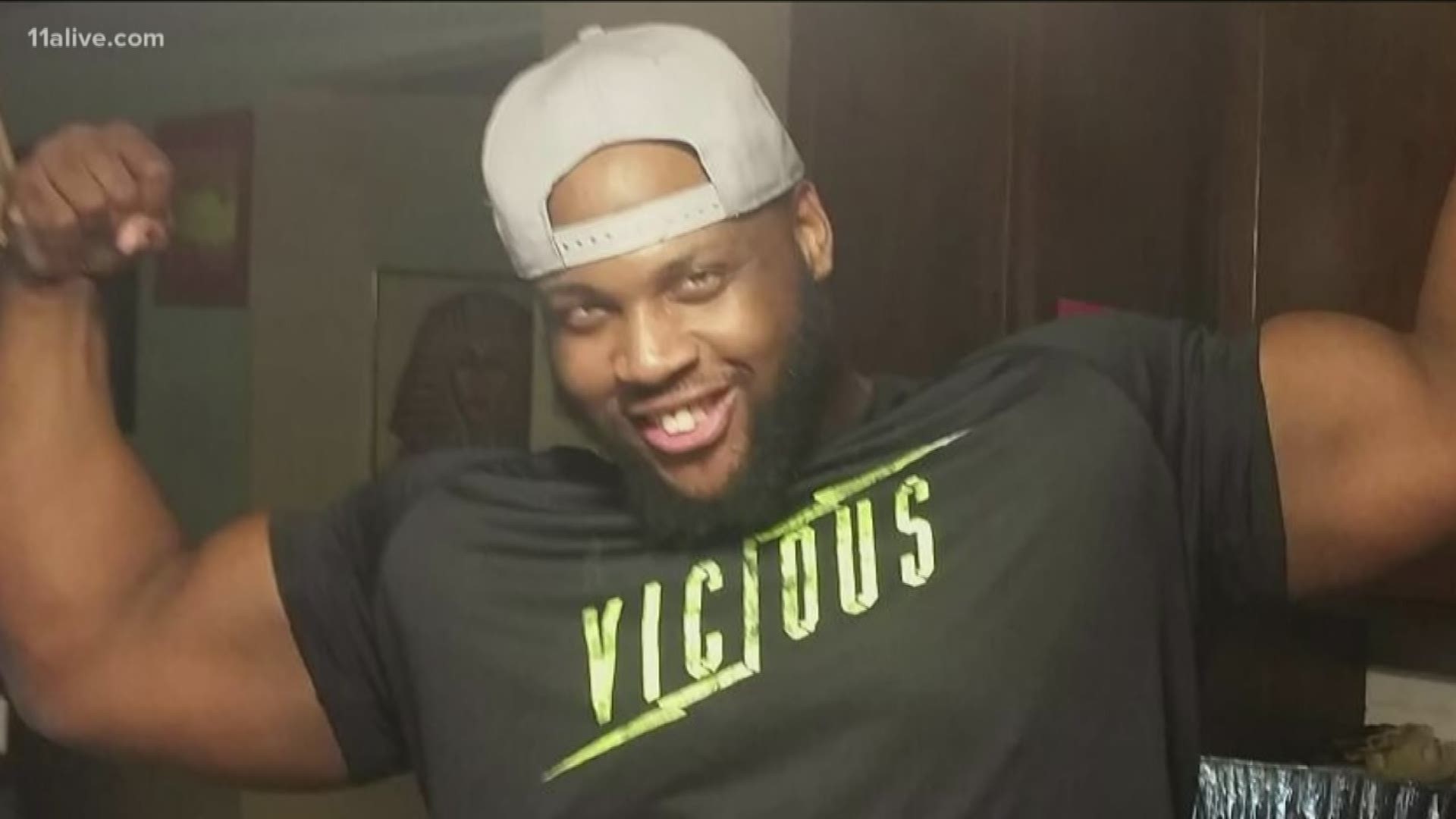 ATLANTA — Brenda Daye-Wilson stood with her remaining children outside their home in metro Atlanta. She took in a big breath before letting it out slowly.

She describes her youngest son, Bryce, as goofy; a low-key nerd who loved making music. At 6-foot-2, Bryce, or the ‘Peacemaker’ as he was known, worked security for QuikTrip and several high profile clubs and in Atlanta.

He loved football and working out.

“He just poured his heart and soul into working out and being healthy,” said Daye-Wilson. “It was a way he overcame childhood obesity and asthma.”

Daye-Wilson said her son hadn’t had an asthma attack since he was 11 years old. At 31, he and his mom took a trip to Dallas at the beginning of March for a wedding. Several weeks later, Bryce started to feel sick.

“I sent him a link describing the difference between the cold, the flu and, coronavirus,” said Daye-Wilson. “I knew something wasn’t right when his brother texted me and told me he had left work - something he would never do.”

1 / 5
Provided
She hopes her son's story will encourage others to be careful - or, as Bryce would put it: "Do better. That's just how he would say it. ‘Ya gots to do better.’"

One of his brothers took care of him but he got worse and needed an ambulance.

"About 8 hours later, they had put him in a medically induced coma," Daye-Wilson said.

She flew to Atlanta but because he tested positive for COVID19, she couldn’t visit him at the hospital.

"I was unable to see him until he had passed away," she said.

"Before he passed, the doctor did put the phone up to his ear," his mom said. "Myself and one of his brothers, we were able to let him know how much we love him and how much we miss him."

Over the years, Bryce played football for several seasons and teams in Brazil and Budapest, Hungary. In addition to football, he taught English in schools. He attended and played at Grambling, Univ of Louisiana-Monroe, and Ft. Valley State.

After his death on April 2, Daye-Wilson received an outpouring of love from around the world. So many messages from so far that she needed Google Translate to read them all.

"Their stories gave my baby back to me,” she said, holding her hands over her heart.

Daye-Wilson said her thoughts and prayers go out to whomever he got the virus from.

"I wonder how they are doing, if they remain asymptomatic, if they became sick," she said. "And I believe in my heart that if they had known, not just that they were giving it to Bryce, but that it could kill him, maybe they would have stayed home."

She hopes her son's story will encourage others to be careful - or, as Bryce would put it:

Daye-Wilson thanked the healthcare professionals at North Fulton and WellStar Kennestone for doing everything they could to save her baby’s life. Bryce’s family is planning a memorial to stream on social media.

Daye-Wilson said Bryce and one of his brothers were talking about insurance not too long before he passed, but he didn’t get life insurance in time. She said she hopes others take a moment to plan.

A Go Fund Me account was set up to help with burial costs.