Their optimism soon turned into frustration as many tried to secure a vaccine, but their attempts were unsuccessful. 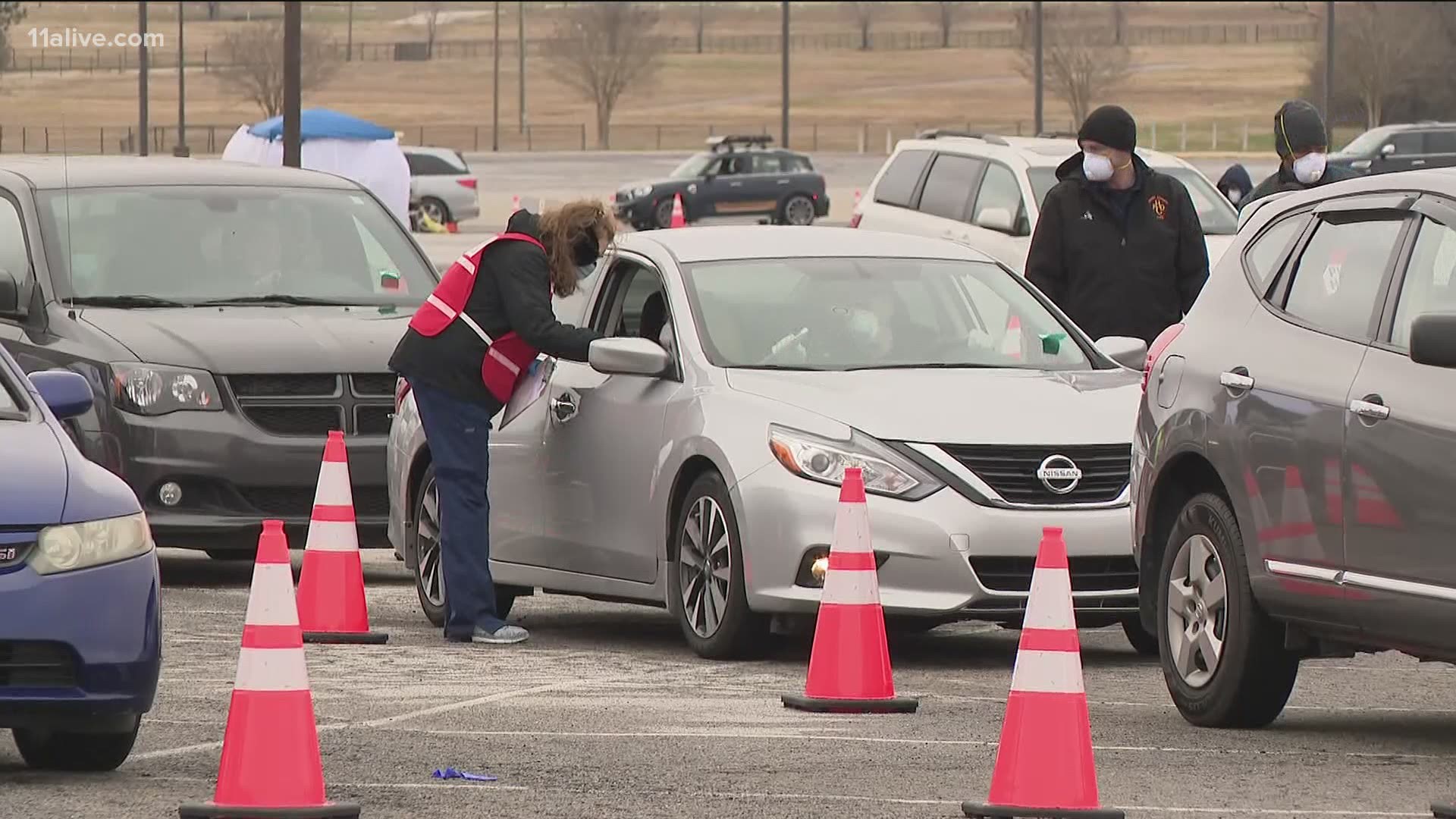 ATLANTA — Many Georgians, especially caretakers, were thrilled when the state received its first round of COVID-19 vaccines.

The second round brought even more hope. However, their optimism soon turned to frustration as many tried to secure a vaccine.

"It’s really frustrating to know it’s out there but we can’t get it,"  Deborah Kelleher.

Those are just some of the types of emails 11Alive received from residents desperate to get the highly coveted COVID-19 vaccines.

One issue some faced were clogged phone lines.

"I called again this morning at 8:30, 194 times on my cell phone and never got through," said Stobbe, whose mother has congestive heart failure

"Mother’s 95," she said. "And my husband and I are her caregivers and we both have pre-existing conditions."

Another problem is that the appointment calendars are booked.

"Every time I’ve ever clicked all the slots are filled and they’re just crossed out," said Kelleher.

Muni, didn't see any availabilities either.

"There are no dates available, nothing. And then there’s nothing after March," Muni said.

The websites have been so overloaded, even crashing on Muni.

"If you try to navigate the website, you get kicked out. I tried, I even went into Forsyth county to try to see if that would be any different and I went into Fulton county so see it that would nothing worked."

Some counties don't have online scheduling as an option.

Kelleher, from Gwinnett County, takes care of her grandson Liam.

"I really want to make sure that I’m not bringing anything over to him and I’ve been being very careful."

Last week, Gov. Brian Kemp announced with the latest disbursement, the state now has the ability to administer nearly 80,000 doses each week.

"They are certainly not being made available to the folks that need to get it in this phase," said Muni.

"It’s very frustrating. This is very concerning for someone my age. I don’t want to be a prisoner in my house for another year," she said.

The state has over 1,000 partners, like the Atlanta Motor Speedway that administered over 800 doses on Tuesday. It's good news for those able to get them, but a drop in the bucket for Georgians who are desperate to get one.