'It was a surprise and a letdown at the same time.' 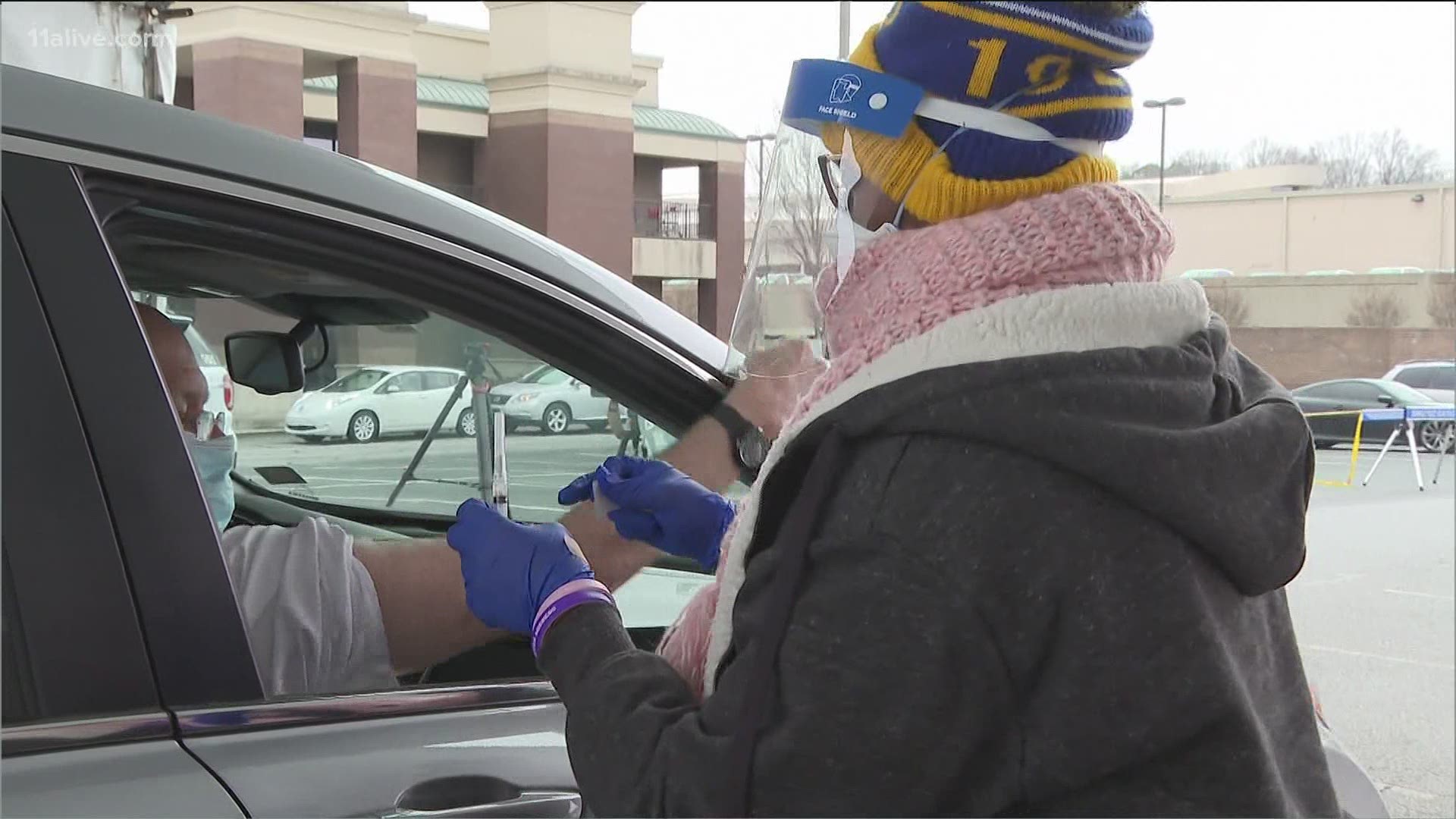 ACWORTH, Ga. — 11Alive is investigating vaccine appointments in Cobb and Douglas counties after claims from viewers who said they made appointments on Friday only to have them canceled hours later.

The Hurleys live in Acworth and said they couldn't wait to get vaccinated.

So Matthew and his wife went online to book vaccine appointments on Friday at 5 p.m - as soon as new appointments opened up for Cobb ad Douglas counties.

"Amazingly we got through, both my wife and I, and we were really excited," said Hurley.

Hurley added that they were both able to make appointments for both doses.

"We were sent the confirmation forms and the information at what gate to show up at 9:20 at Monday morning the 25th, at Jim Miller Park," said Hurley.

But those plans changed by the next morning.

"I got up in the morning and my wife was sitting at the coffee table looking forlorn and I go, 'What?' and she goes, 'Our appointments have been canceled'," said Hurley.

11Alive reached out to Cobb and Douglas Public Health who released the following statement:

"We did have to reschedule some COVID-19 vaccine appointments made for the week of January 25-30, 2021. The patients were notified of this by email and were also told that they will be notified of the new appointment details, by email, within the next few days. We apologize for any inconvenience this has caused."

Hurley said he received that email, but still has questions.

"There's no real clarification here. It just says resources, and I have to take it that there's no vaccine available," said Hurley.

Turns out, vaccine supply was a major part of the problem.

"It was due to scheduling and limited vaccines and load balancing first and second doses," Cobb and Douglas Public Health said in a statement.

So, now, the Hurleys say they'll just have to wait and hope next time it really happens.

"It was a surprise and a letdown at the same time," said Hurley.

While the email to reschedule both doses is expected to go out in the next few days, they'll still have to wait up to three weeks to get their first dose.