A 5-year-old metro Atlanta boy was turning blue, with his eyes rolled back. An Indiana state trooper saved him.

His family was traveling from Michigan back to Georgia following a family vacation. 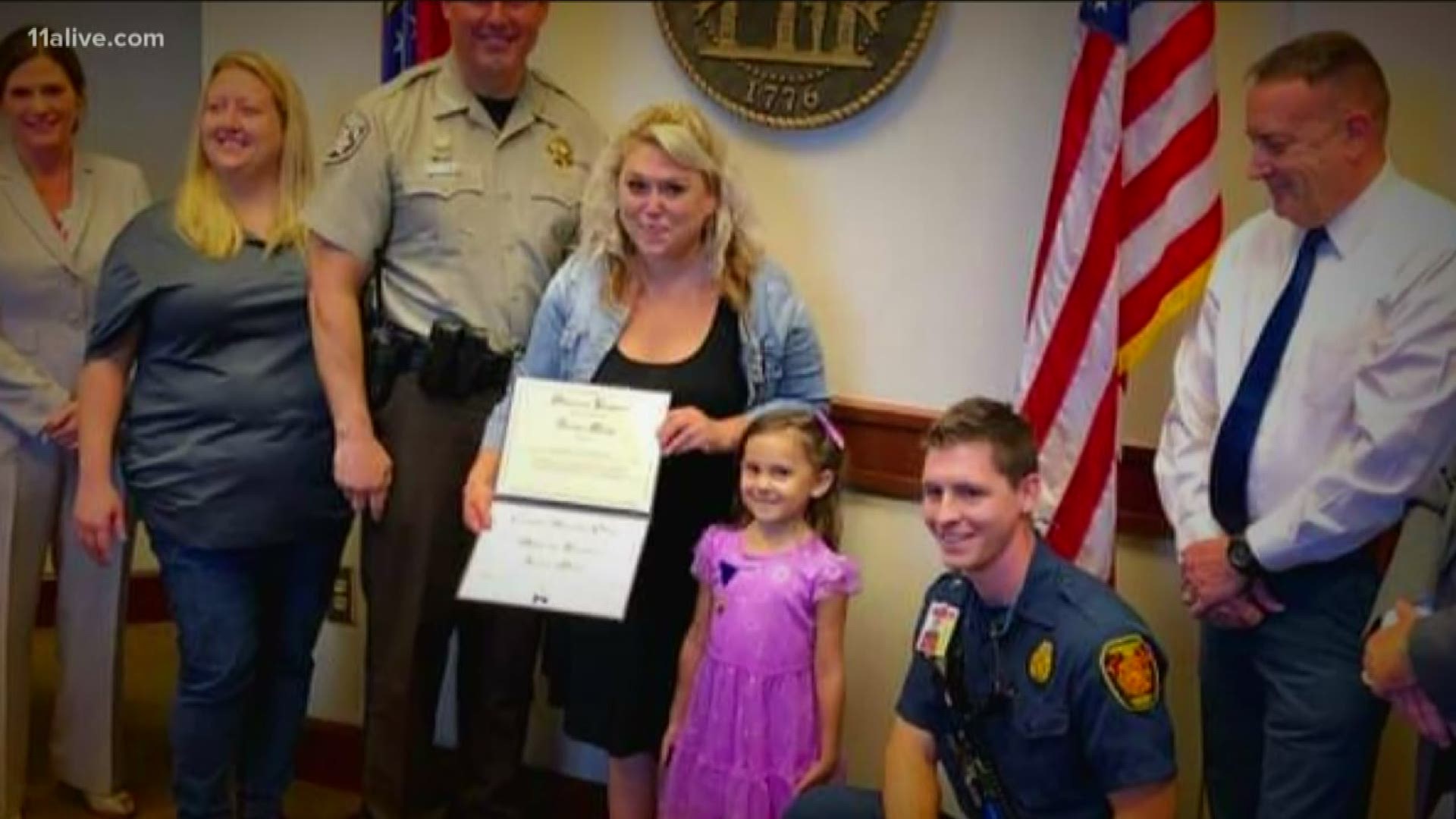 MARIETTA, Ga. — A 5-year-old Marietta boy is lucky to be alive after a state trooper in Indiana was in the right place at the right time.

Maddox Gates, 5, was traveling home from a family vacation in Michigan when Indiana State Trooper Ben Reason was able to utilize his training to save the life of the Georgia boy.

Reason was driving home from a day of police K-9 training in Indianapolis, when dispatch broadcasted an unconscious and unresponsive five-year-old boy.

The child was inside a minivan that stopped on U.S. 31 near Miami County Road 900 North.

Reason responded to the call for help, arriving approximately 30 seconds after the dispatch.

Reason approached the minivan and found Gates being held by his mother.

Maddox’s eyes were rolled back in his head and his jaw was clenched shut and could not be opened. He was also turning blue.

Trooper Reason did a quick assessment on the child and determined Maddox had an airway obstruction. Reason then performed the Heimlich maneuver on the child, causing the him to throw up whatever was lodged in his throat.

Reason monitored the child until firefighters arrived and provided oxygen and further care. The boy was transported by ambulance to the hospital.

Maddox’s family was traveling through Indiana, returning home, from a family vacation in Michigan.

According to the boy's dad, Maddox has been released from the hospital and is doing well. They continued their trip home today.

'He was very peaceful': Those close to Anthony Hill were in disbelief at shooting