The officer will not face charges in the incident, which occurred last month at Phillips State Prison in Gwinnett County. 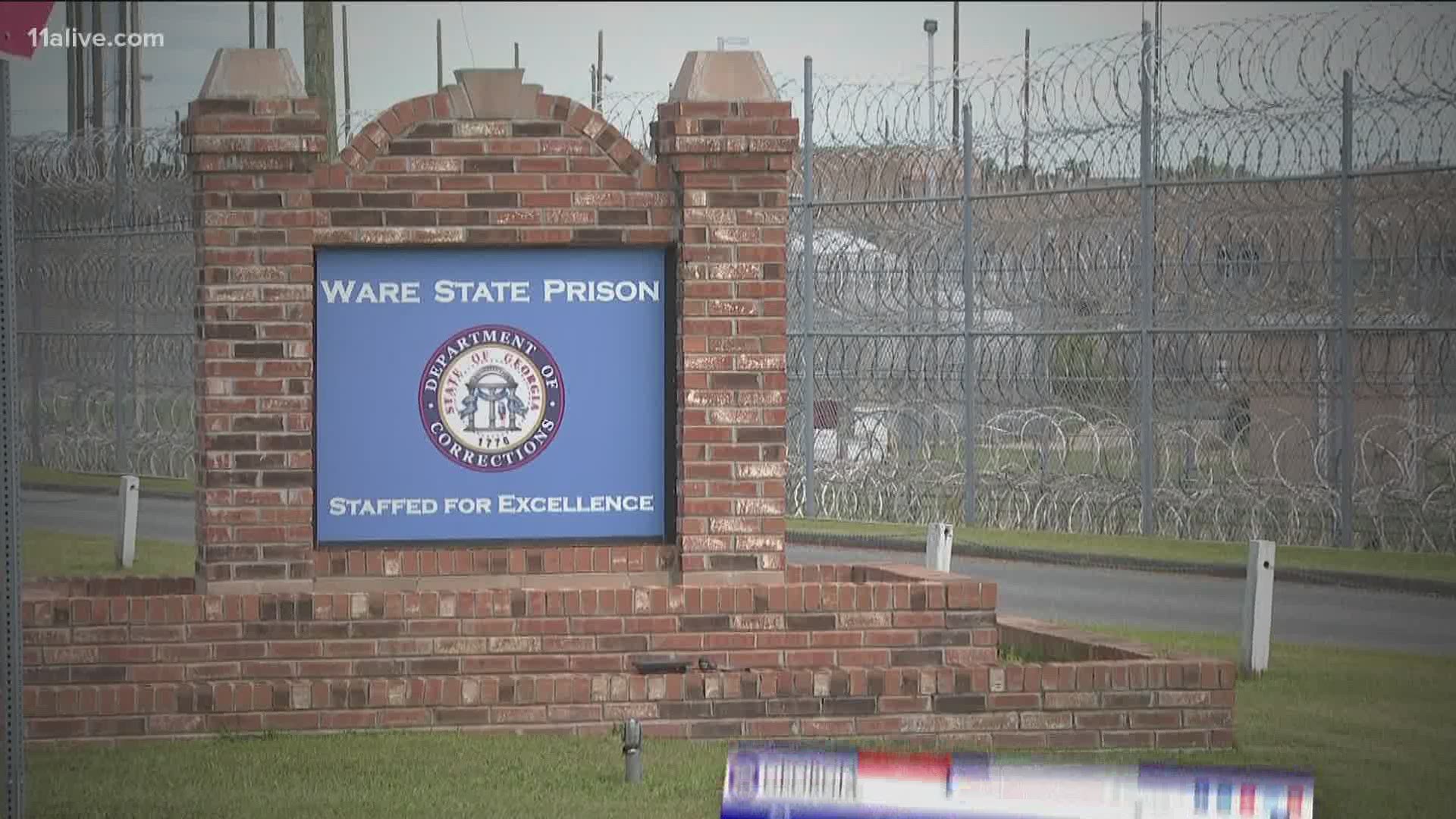 GWINNETT COUNTY, Ga. — Gwinnett County District Attorney Patsy Austin-Gatson has determined the punching of an inmate by a corrections officer at Phillips State Prison was "profoundly regrettable" but that the officer "was within use of force guidelines."

No charges will be brought against the officer, who was not named by the District Attorney's Office, with Austin-Gatson determining there is "insufficient evidence to criminally proceed."

The incident was originally brought to the attention of the DA's Office through a leaked inmate video, a release said. The subsequent investigation "encompassed a review of all videos, including the prison footage which recorded the entire event," the release said. Investigators also toured the prison and met with officials.

The DA's Office released surveillance video from inside the prison capturing the incident. It's not clear what initiated contact between the inmate and corrections officers, with the surveillance video showing him walk over to where people off camera are already talking.

The video eventually shows two officers and the inmate talking in close contact, with the inmate appearing animated and gesturing a number of times. There is no audio with the video.

After a few moments, the officer can be seen swinging his right arm at the inmate, wrestling him to the ground, and then striking him multiple times.

The district attorney said the video shows the inmate "poking, swinging and resisting the correctional officers as he was told to return to his cell." It's unclear from the footage if the inmate ever touched the officer.

"Upon conclusion of the review, it has been determined that there is insufficient evidence to criminally proceed against the correctional officer," the DA's Office said. "We do find that the incident, as it played out, was profoundly regrettable. However, the correctional officer was within use of force guidelines. As a community, it is critical that persons who are incarcerated are treated humanely."