Hundreds of residents wore red shirts with 'no asphalt' printed on them to Thursday's BOC meeting. 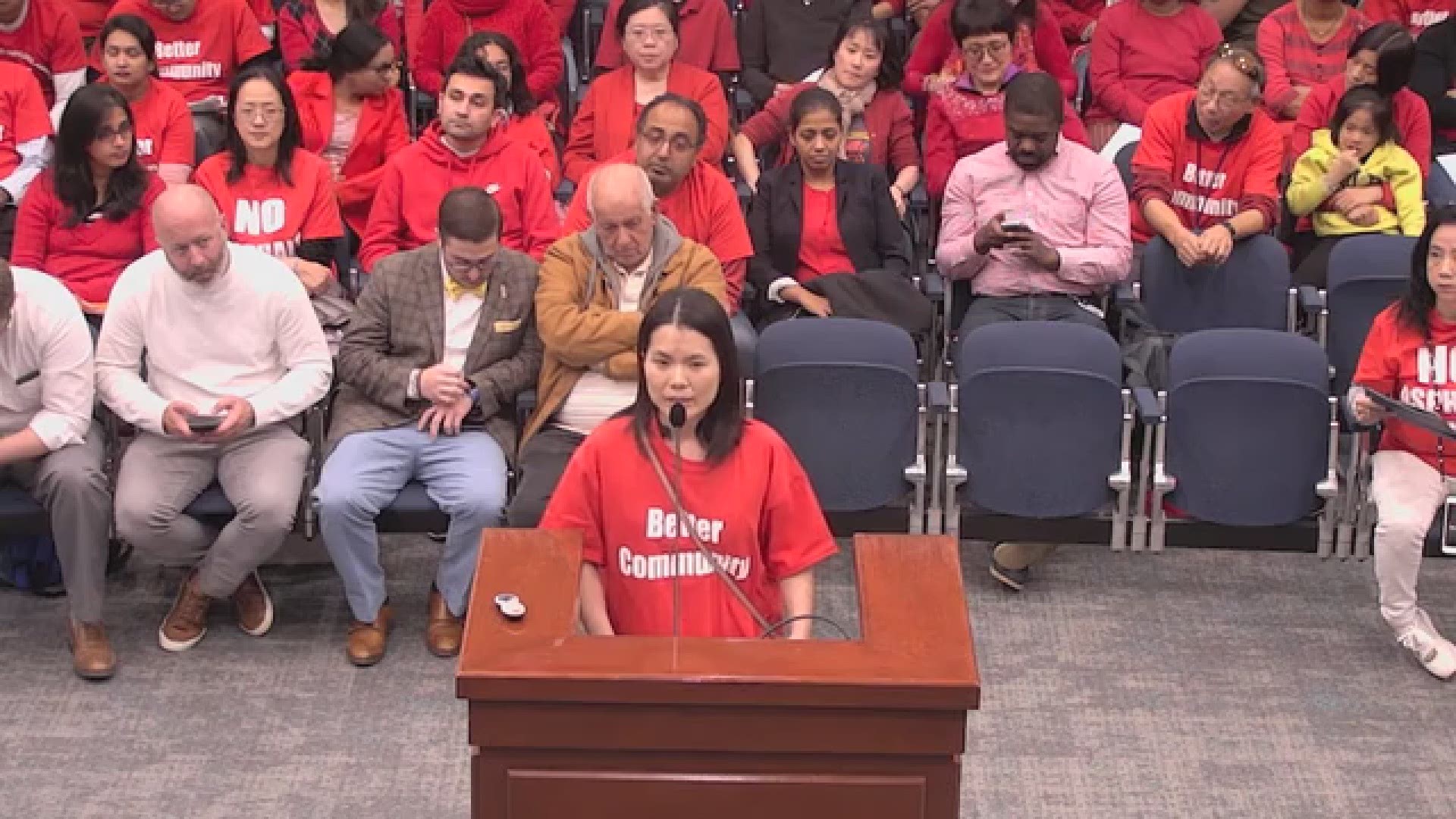 Residents who had signed a petition opposing the application for the proposed plant on Granite Lane wore red t-shirts with the words 'no asphalt' printed on them.  Petition organizers say there were over 500 community members in attendance.

The meeting room was so full, that at one point, sheriff deputies would not allow any additional attendees to enter the room. A crowd of people spilled out into lobby, stairwell, and entranceway. Some of those in opposition carried homemade signs and banners into the meeting.

There were two open comment sections during the meeting which consisted of resident after resident expressing concerns over pollution and property value. At one point, Forsyth County Commission Chairman Laura Semanson, asked the audience to raise their hand if they still wanted to speak. About a third of the room raised their hands in response.

Supporters of the asphalt application were also in attendance and spoke, as well. An employee with ASTEC Inc., the company supplying the equipment to CW Matthews Construction, spoke during this section. The Director of Environmental Compliance, Catherine Sutton-Choate said that the machines are held to the highest environmental standards.

"If there is an issue or if a machine is operating incorrectly, it will shut itself down and a person cannot override it," says Sutton-Choate.

The president of CW Matthews, Dan Garcia described the upgraded plant as a new car, "it's going to be updated which means more efficient, more environmentally friendly, just overall better the surrounding community."

The item concluded with Commissioner Dennis Brown taking responsibility for introducing the idea of the application, "I asked for this, not this board. I live less than a mile from the plant, and I would never put my family or home in jeopardy. I thought this was a good idea and would be in the greater good for our community," said Brown.

Following this, Brown proposed a motion to move the final decision on the application to the first meeting in January. All commissioners voted in favor.

The next time commissioners and residents will meet to discuss the future of the application is January 9th at 5 pm at the Forsyth County Administration Building.