Due to circumstances surrounding COVID-19, the review period for Cobb County’s newest master plan has been extended. 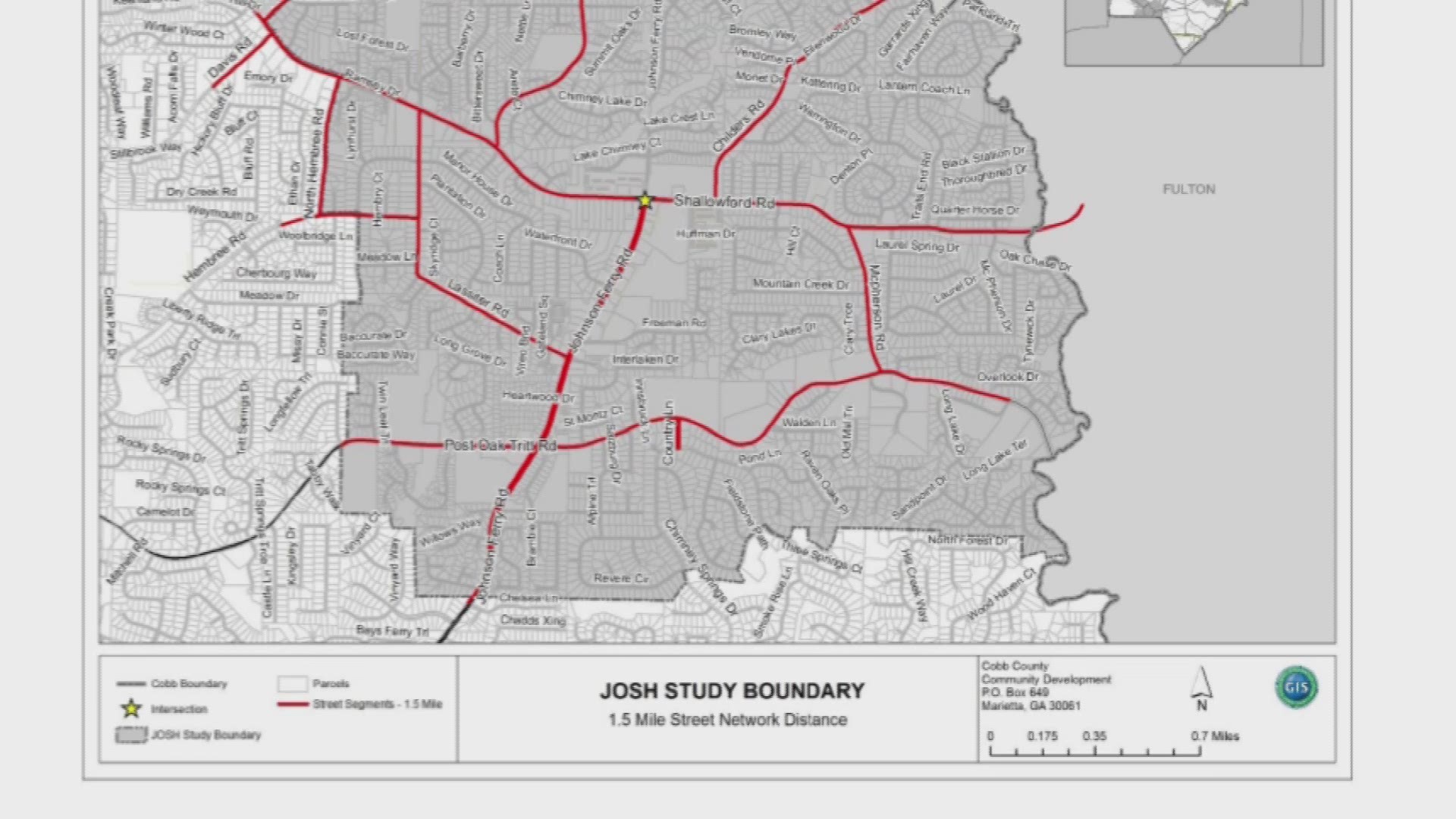 EAST COBB, Ga. — Now is your chance to review the master plan for Johnson Ferry and Shallowford Road. The plan, which is nicknamed JOSH, is the fourth one of its kind in Cobb County.

“Being a pilot, we have flight plans when we fly someplace,” Cobb County Commissioner Bob Ott said. “I just thought that we needed to have master plans. I think the biggest thing about it is instead of hiring consultants to do it, we did it with the community. So there's been a lot of emphasis on getting community input as to what they think about the plan.”

Most of the plans take about a year, he said. However, this one took about 18 months. In light of all the time and effort that’s already gone into it, Ott said the review period has been extended through May 27.

“We have committee meetings and stuff like that, and we spend a lot of time to get community input,” he said. “With COVID-19, we just thought that the normal 30-day period to get public comment on the final plan wasn't enough, so that's why we extended it.”

Ott said each of the master plans in District 2 have shown to be beneficial, and each one has been unique.

“The first one we did was Powers Ferry Road, and that was totally a redevelopment plan,” he said. “The next one was Johnson Ferry, and that was kind of an aesthetic plan. People basically said they did not like the way it looked. Then the one after that was for Vinings, and that was clearly a preservation plan. They were very interested in preserving what they had. The JOSH one, when we started, we really didn't know what direction it might take, but it has really become more of a preservation plan than anything else.”

To review the JOSH Master Plan, click here. Questions and comments can be sent via email to comdevplanning@cobbcounty.org.