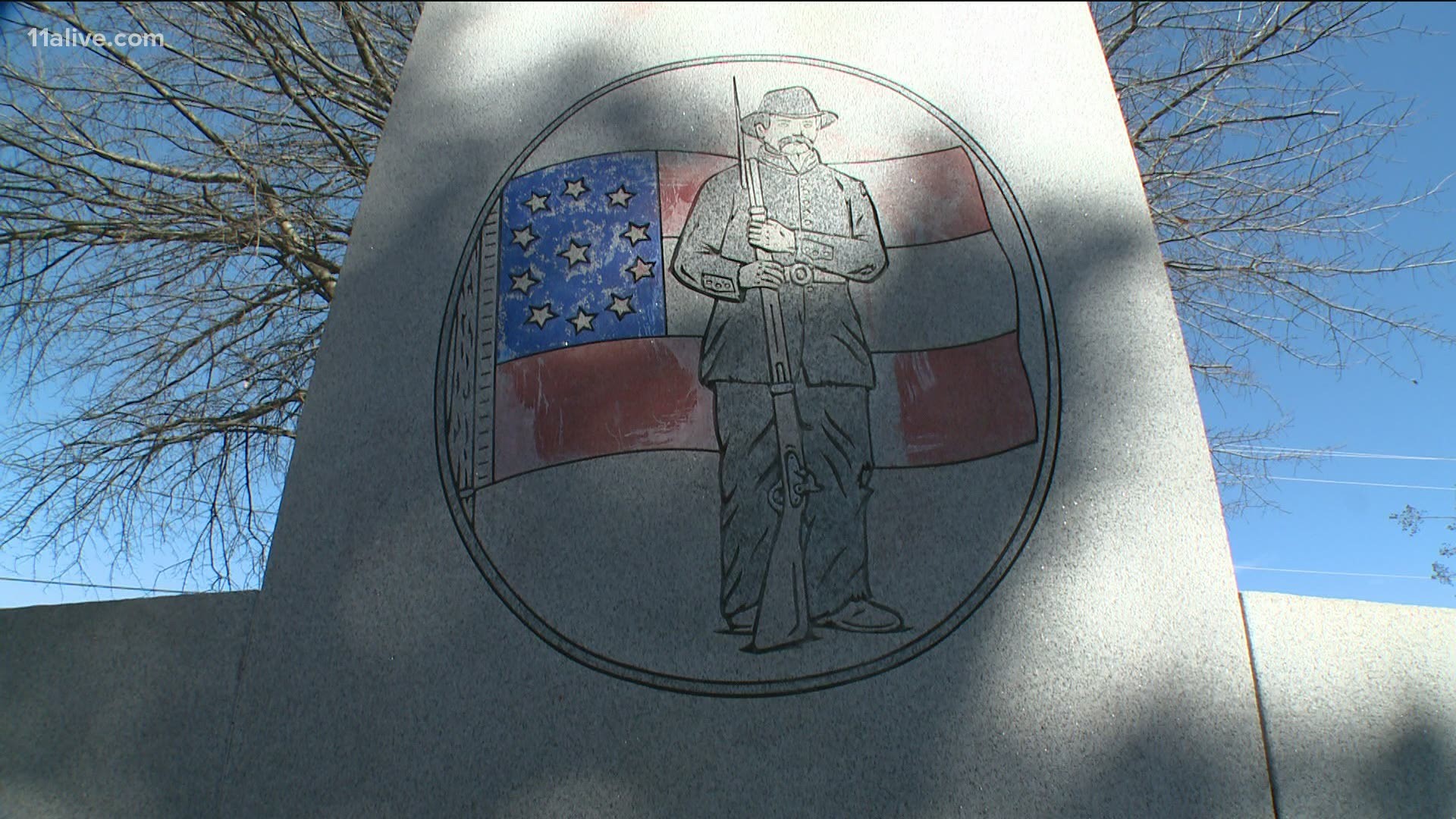 GWINNETT COUNTY, Ga. — The Gwinnett County's board of commissioners voted to temporarily move a Confederate monument to storage on Tuesday, while ongoing court proceedings ultimately decide its destination fate.

The monument is currently located in Lawrenceville's city square and became the focus of much attention when it was vandalized in June 2020 and then again on Thanksgiving Day, which prompted Tuesday's action.

According to a release sent out by the county, "The resolution authorizes County staff to move the monument to an appropriate storage facility for protection and preservation until the court provides further direction or the lawsuit is resolved."

The 28-year-old monument has been in place on the grounds of the historic county courthouse since the early 90s when the board of commissioners allowed the United Daughters of the Confederacy (UDC) to erect it there.

Over the last couple of years, it has been the subject of calls for removal numerous times, including by the Lawrenceville City Council, former Gwinnett District Attorney Danny Porter, and various civic groups and organizations.

On one side it says: "In remembrance of the citizens of Gwinnett County who honorably served the Confederate States of America." The other side includes a Winston Churchill quote that says in part "no nation can long survive without pride in its traditions."

Chairwoman Nicole Hendrickson said the current location of the monument could prompt different safety concerns for both the city and the county - given the tense debate around it.

“While we’re respectful of the ongoing court proceedings, we feel that action is needed now to move the monument where it will not be a target for vandals,” Hendrickson said. “A monument celebrating the Confederacy on county property is inconsistent with the message of welcome and inclusion that the County is sending to the world. We should place it in storage to avoid further provocation and to help the cause of tranquility for the benefit of all.”

Commissioner Marlene Fosque added, “The Confederate monument glorifies disunion and civil war at a time when we strive to come together as a people in unity and peace so everyone feels included in the American Dream. It doesn’t make sense to have a monument like that here in Gwinnett County where diversity is celebrated."

In 1992, the Gwinnett County Board of Commissioners approved for the Confederate monument to be placed in its current location in downtown Lawrenceville after the Gwinnett Historical Society requested it.