No deputies were injured in the shooting but bullet holes in the windshield of a patrol vehicle's front window show how close one came to being hurt. 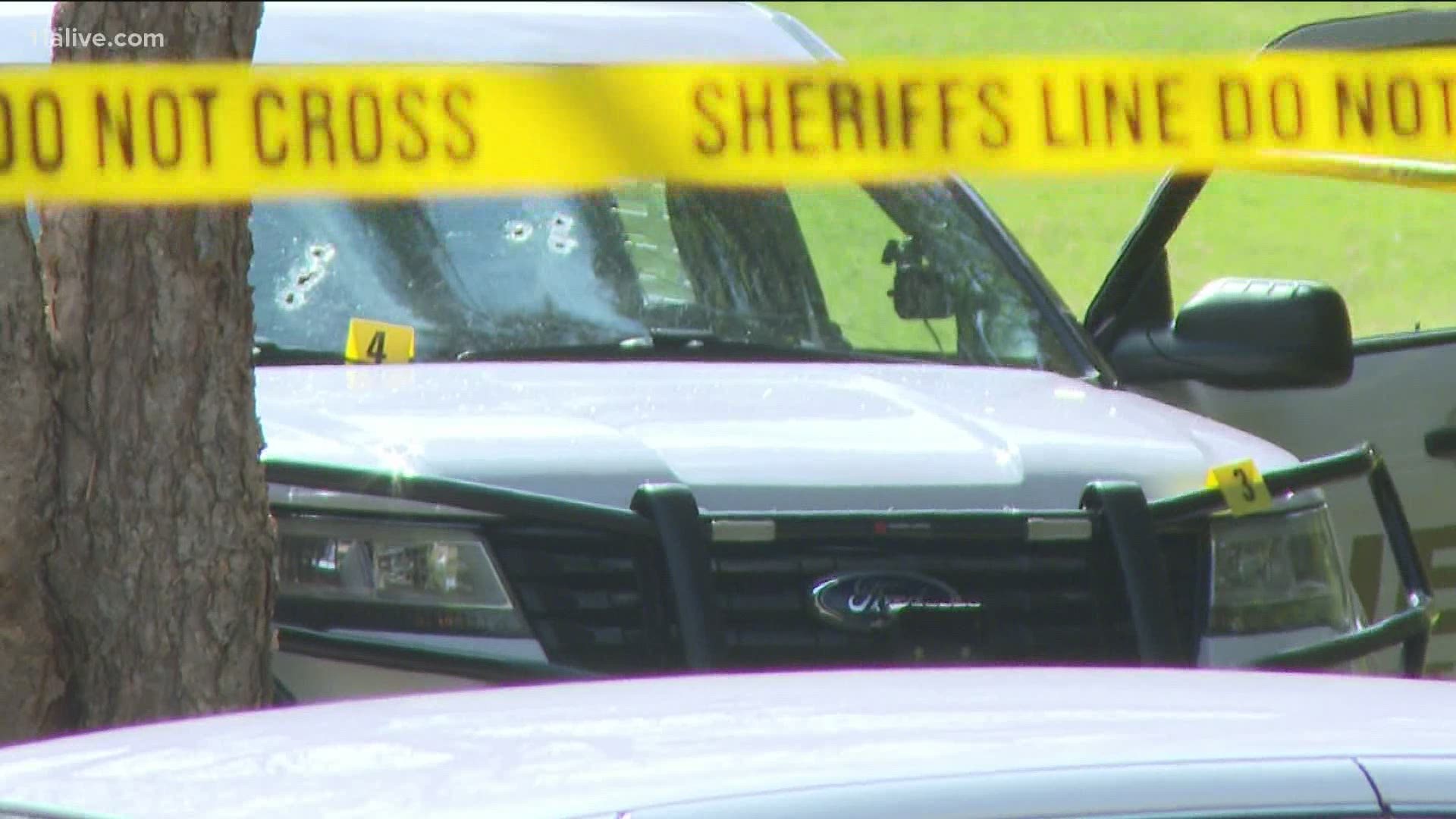 COWETA COUNTY, Ga. — State agents are now being asked to investigate after a shooting that involved a deputy in Coweta County on Sunday.

Sheriff's Office Colonel James Yarbrough said the shooting followed an investigation into a felony offense that happened around midnight. In a statement, the sheriff's office said the suspect was wanted in connection with a car theft that occurred at the RaceTrac gas station on Amlajack Boulevard.

The suspect ran from the police, ultimately ditching the stolen car and running into the woods of the interstate near a local PetSmart. Despite attempts by a K-9 unit, investigators were unable to find the man.

However, the victim was able to identify the man and deputies took out warrants for his arrest. Law enforcement located the suspect again on Sunday afternoon near the area industrial park. The sheriff's office said marked patrol units were watching the area when they spotted him around noon.

He ran again even after a Newnan officer fired his taser at the suspect twice - both of which were "ineffective," the GBI said. Still, the suspect was eventually spotted in the parking lot of a local soccer complex - the Whitfield Recreation Complex - at 170 International Park just outside of Newnan near White Oak. The GBI reports that's where when he apparently ran out of the woods in front of a deputy.

The sheriff's office said that when the deputy got out of his vehicle, the suspect opened fire on him. The GBI, in a later update, said that before the gunfire started, the deputy attempted to use a Taser from his vehicle. However, once again, it was ineffective. The suspect then opened fire and actually struck the deputy's vehicle.

The deputy then fired multiple rounds and struck the suspect, who was taken to an Atlanta hospital for treatment. No deputies were struck by the gunfire.

The GBI said that the suspect was last known to be in critical condition. He is currently facing charges of theft by taking, obstruction, and fleeing, and attempting to elude.

Deputies had previous dealings with suspect

Roughly a month earlier, on March 19, deputies responded to another call involving the suspect on Covey Trail. Dispatch had received reports from a man who said his son had shot him multiple times and left the scene.

Investigators found the suspect outside the home and said he still had the gun on him when they arrived. Despite this, police said he was taken into custody without incident. He was charged with aggravated assault.

The sheriff's office told 11Alive on Sunday that the son accused of shooting his father was also the suspect in Sunday's confrontation.