Atlanta Police Union says officers are scared, angry after 6 of their own are arrested amid protests

6 Atlanta Police Officers have been charged with excessive force after an arrest last Friday. The charges against the couple have been dismissed. 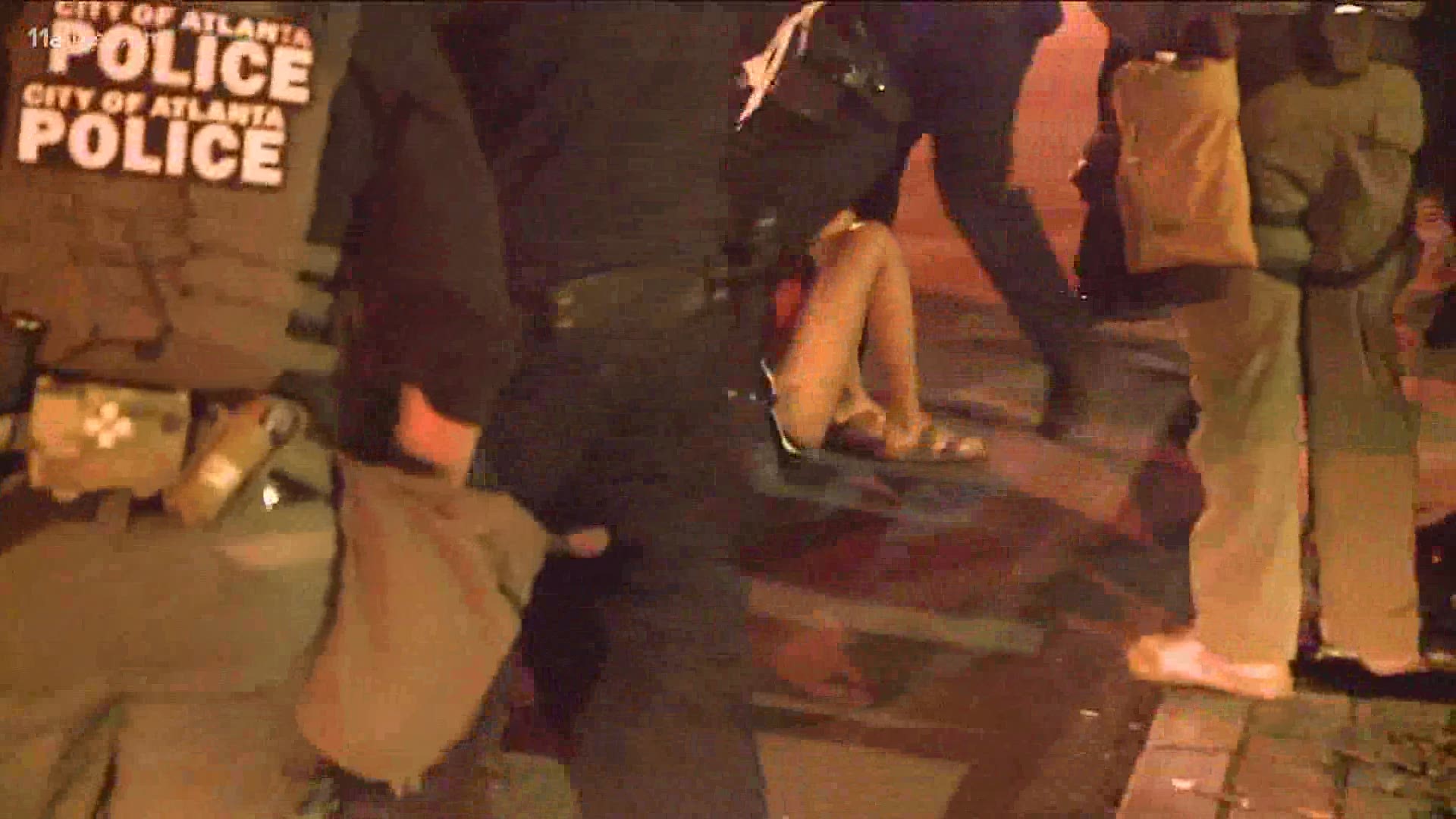 ATLANTA — Atlanta Police officers are discouraged, frustrated, and furious after six of their own were charged for using excessive force, according to the union that represents them.

11Alive spoke to the union president who said officers are afraid to go back to work as the protests against police brutality in the death of George Floyd in Minnesota continue here in Atlanta.

"It's devastating. The entire team, they're family. And the rest of the officers and the city are walking around like they lost six of their brothers. It's like a death," said Jason Segura, president of the International Brotherhood of Police Officers, Atlanta chapter.

Segura said the Atlanta Police officers he's spoken to are horrified that the officers have been charged with excessive force after a confrontation with two Students from Spelman and Morehouse last Saturday where they were tased and pulled from a car.

Two of the officers were fired and when Chief Erika Shields made the announcement. She said they were good guys who had a lapse in judgment.

In an internal memo, Chief Shields said the district attorney's announcement about criminal charges against officers took her by surprise -- calling it a political move.

Segura said he has looked through all of the body camera video released by APD and said the video captured before the two students were detained shows them speeding away from the officers and ignoring commands.

He thinks District Attorney Paul Howard ignored that when he made the decision to charge the officers.

"He's painting a picture that he wants to paint, he's not painting the truth," Segura said.

Howard said he carefully reviewed the body camera video and said all of the charges are appropriate.

"They were arrested because they committed a crime. And I am sure their job descriptions do not involve committing a crime," he said. "Anyone who had the opportunity to review the videotape and see how those two college students were abused and mistreated, and in the words of their own chief, their conduct was excessive. For someone to suggest that they were just doing their jobs, it's beyond me, beyond the pale of reason."

Howard said he discussed the warrants with the Atlanta Police chief and the mayor before he filed them, and said the officers charged need to be held accountable.

"These routine charging decisions are made all the time against everyday citizens without a peep from the police union or the police chief," attorney Tanya Miller said. "And, now, when it's her officers being charged, we see a cry of politics. I think it's inappropriate for a police chief to comment on an elected DA's decision on charging. That is his job and solely his job. Her job is to manage her police department, her job is to train her officers, to make decisions about officers being fired. That's her lane."

Miller is a former Fulton County prosecutor who now works as a defense attorney.

"We did not have a great deal of difficulty making charging decisions. When the evidence is there, our philosophy is that you should move," Howard said.

He said the officers working the protests Friday night should feel confident in their ability to do their jobs. But Segura isn't so sure.

"When I say that we support the protesters, I mean that 100 percent. I don't know any officer who doesn't support and think what happened to Mr. Floyd is what it is, murder. We just - we can't imagine that," he said. "But this is the only profession when one person does something, the entire police community is indicted for it."

Atlanta Police officers are planning to run their sirens and put their hand over their hearts for 60 seconds Monday in a show of solidarity with all officers working during the protests.

No law enforcement agency admits to using tear gas Monday, but tear gas canisters were found at the scene

VERIFY: Tear gas is banned from war, but not banned for use by law enforcement internationally