A former Georgia police officer is teaming up with a rape survivor to spread awareness about childhood sexual abuse. 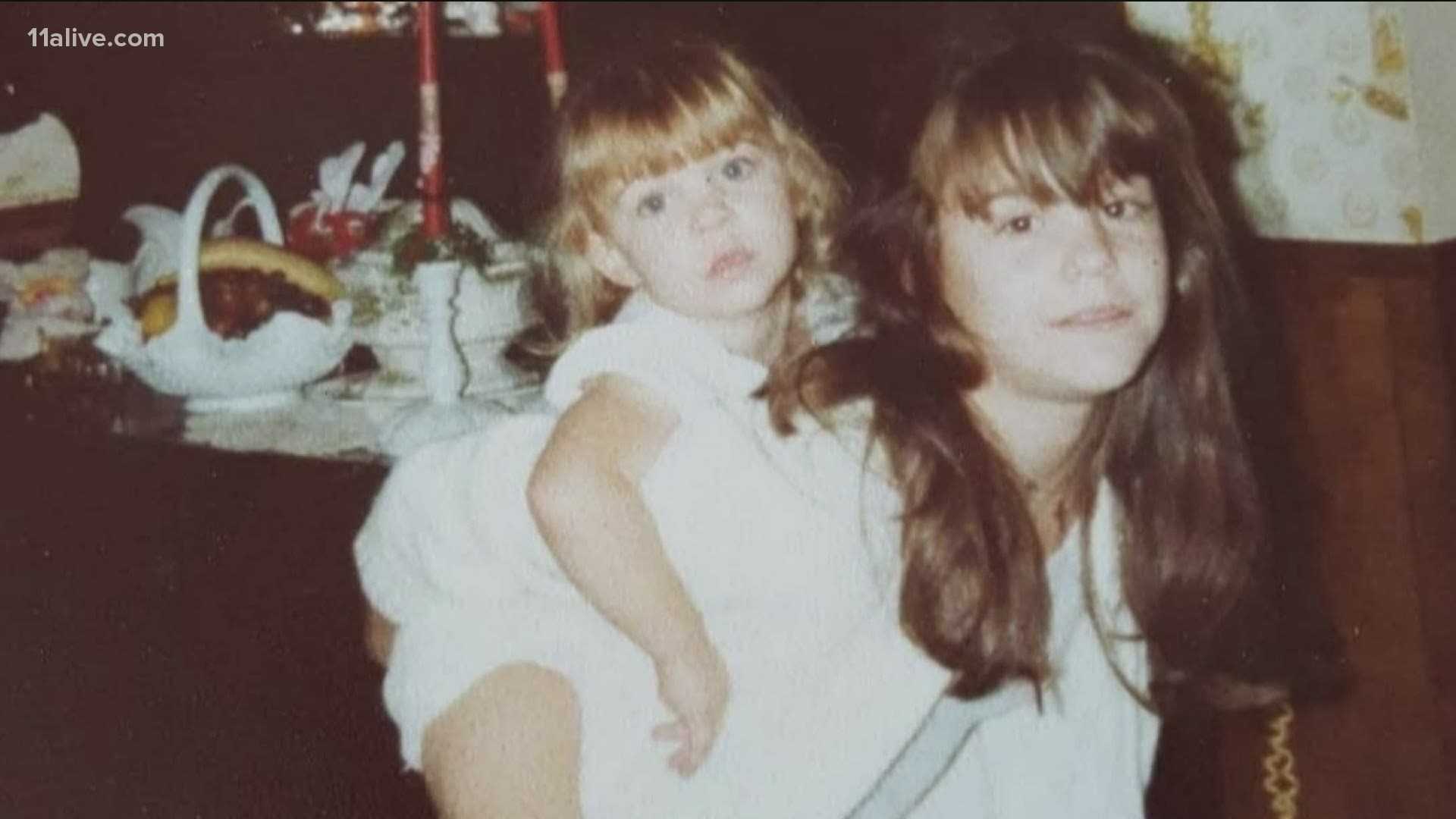 ATLANTA — A former Georgia law enforcement officer is teaming up with a rape survivor to spread awareness about childhood sexual abuse.

11Alive's Kaitlyn Ross reports the women met online after Cheryl Cuccio said she wanted to speak out about what happened to her.

Cuccio said her father sexually abused her for years and had threatened her little sister. She said she was only 16 when she hired a classmate to kill her father.

It happened in 1986 in New York City, but Cuccio said she still has trouble trying to talk about it.

"The thing that struck me most about Cheryl is that not only did she survive this horrific abuse, she thrived," said Shannon Volkadov, former police officer who worked in the city of Atlanta and Gwinnett County.

She's seen cases like Cuccio's before and knows the intense pain and heartache sexual abuse causes.

That's why she wanted to help the rape survivor speak about what happened to her, in order to raise awareness and encourage other victims of abuse to come forward.

"She's willing to bare her soul, despite the pain it clearly causes her at times, to help other people. And there's nothing more heroic and noble than that," said Volkadov.

Cuccio said her father started molesting her when she was 8 years old.

Her mom had passed away and she lived with her abuser.

When she was 16, she offered a classmate $1,000 to kill her dad. A few months later, the classmate did what she asked.

Cuccio pled guilty to manslaughter when she was still in high school and served three months in prison.

Crime Watch made a documentary about the case, but Cuccio said most people still don't understand.

"The main question is why didn't you tell somebody? I didn't tell anyone because it's such a shameful topic," she said.

She has tried to get speaking engagements to raise awareness about abuse. But she said she is frequently turned down because people don't want to talk about incest.

"I know it is frustrating for her because she has this really impactful message," she said.

According to the Department of Public Health, one in ten Georgia children will be sexually abused by the time they are 18 years old. Often it’s by people they know, not strangers.

Cuccio said she wants to teach people how to look for the warning signs.

Cucchio and her husband wrote a book titled "Incest, Murder, and a Miracle." about the experience and how they overcame it.

Volkadov hosted a Facebook Live with Cuccio to help get her message out. It's one she thinks everyone needs to hear.

"There are far too many children being battered and abused by the people who are supposed to protect them. And Cheryl has survived that and her bold life goal is to prevent other children from suffering the same fate," said Volkadov.

The women said they think it's vital adults are aware of the the warning signs of childhood sexual abuse.

Find out more about how to help survivors of sexual abuse here.