They fought for American lives. Now, they’re fighting to reclaim their own 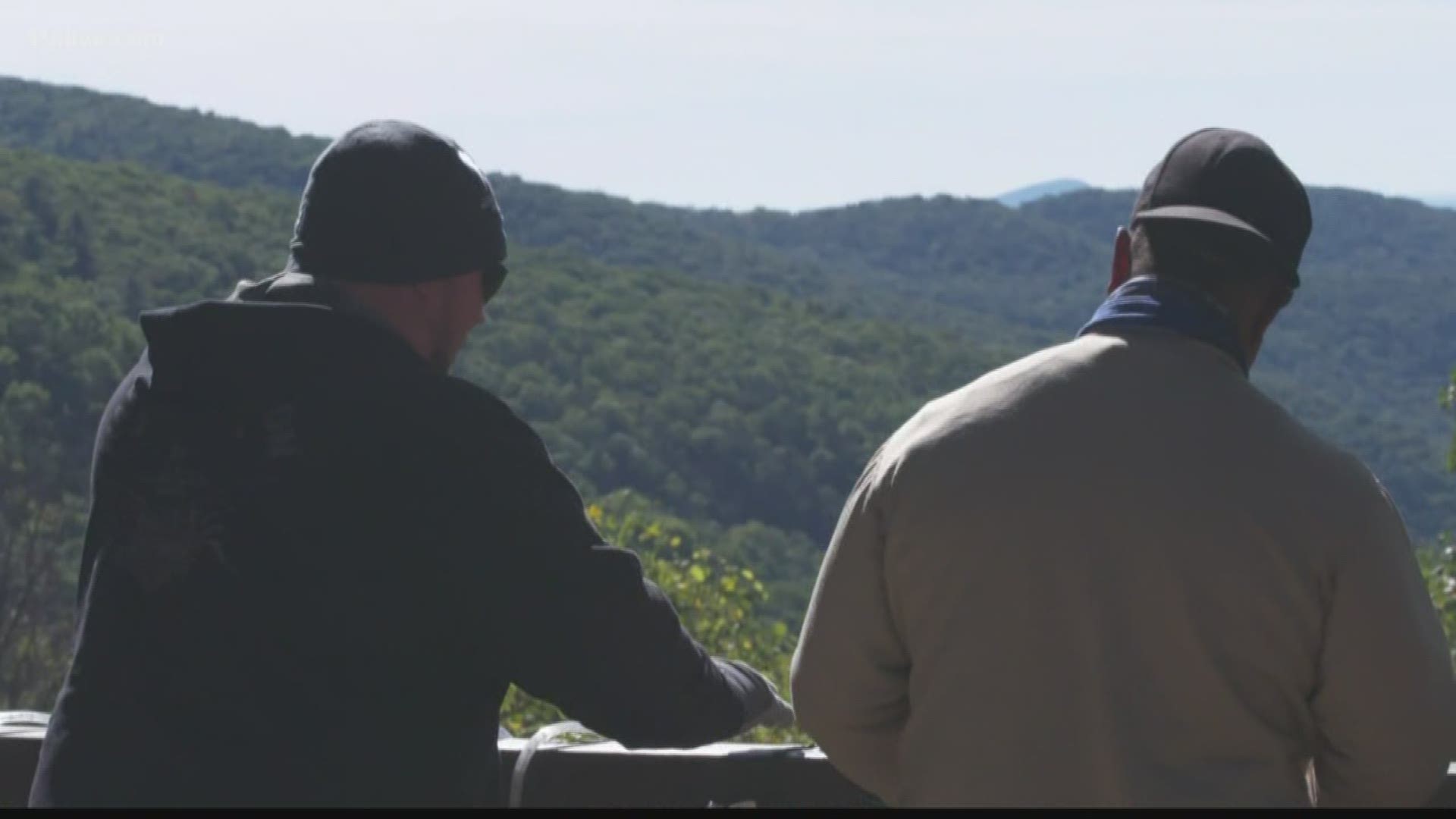 They have served our country to protect the nation's freedom, but the cost of that liberty has left them with scars - wounded internally and externally.

Jonathan Goolsby served in the Army for eight years. A weapons instructor and helicopter mechanic, Goolsby was wounded twice when he was shot in the chest and a roadside bomb exploded under his truck.

“I have become very secluded since leaving service in 2012," he said.
"I have had hard times with every part of life.”

According to the U.S. Department of Veterans Affairs, about 11 to 20 percent of veterans who served in operations Iraqi Freedom and Enduring Freedom have PTSD. In regards to veterans of the Gulf War, about 12 percent have PTSD.

“We gave a lot, and some gave all," explained Antonio Buckley.

Buckley served for 18 years in the Marines and Army. He was injured jumping from a helicopter. Just like Goolsby, he's coping with PTSD. His wife is also a wounded warrior.

Goolsby and Buckley are learning to deal with these stresses. They are just two of the veterans taking advantage of a program called Project Odyssey, through the Wounded Warrior Project.

“It’s you and the elements," Goolsby said.

For some, motorcycle riding may seem as an adrenaline rush, but to these men, it's therapeutic.

RELATED: Charlie Foxtrot: It haunts you (Part 1 of 6)

Project Odyssey is a 12-week program for wounded warriors. The program consists of different nature activities, such as whitewater rafting, zip-lining or a high ropes course. In this case, the activity was motorcycle riding, making it a "Rolling Odyssey."

Through wind and throttle therapy and reflective discussion, Goolsby, Buckley and the other warriors learn different coping skills to manage PTSD, traumatic brain injuries, and other invisible wounds of war, while connecting with nature and fellow veterans.

They spent time together at the Copperhead Lodge in northern Georgia. The two met a larger group for three days of guided meditations and nature rides. For Buckley, who re-injured himself earlier in April of this year, it was the first time he rode his bike in months.

“Either visible or invisible wounds that you need to start the healing process for," Buckley said. “That’s my release, it gives me clarity of mind. It helps me refocus and work on my purpose.”

After they go motorcycle riding, they’ll check in weekly – as they progress towards their personal goals. Goolsby wants to reconnect with family.

He isolated himself, preferring the four walls of his home to his mom and other family who live a few miles away.

“I’m able to control my situation at home, and that’s kind of a big thing with PTSD," he explained. "We need that little bit of control, because that’s the only way we can keep ourselves in a stable place.”

Since the start of the project, he’s visiting more. It’s helping him and his three children connect with extended family.

“It’s going to be a process that is going to take plenty of time, but hopefully - God willing - I will have some time to get this right and keep working on it," he added.

Buckley is looking to succeed on his next career path. But, he also wants to encourage other wounded warriors to take to heart: that it’s okay to get help.

"We’re made to not want to ask for help, were made to be self-sufficient," Buckley said. "It’s hard to move from that realm to get that help that you need because it’s hard to ask.”

The two brothers in arms are now brothers of the road. And as they listen to the wind howl past, they said they’re lucky to have someone to listen to them.

“Having a program like the Wounded Warrior Program gives us the opportunity to talk to people that either have or haven’t been through the things that we’ve been through," Buckley said.

“Just because I’m down, doesn’t mean I’m out, "Goolsby said.

Since the project, Goolsby committed to spending Thanksgiving with his family. He’s avoided the holiday dinner since he graduated high school.

Buckley also feels he’s in a better place mentally to focus on success.