All of the candidates who spoke at 11Alive's mayoral debate are against the possible split. 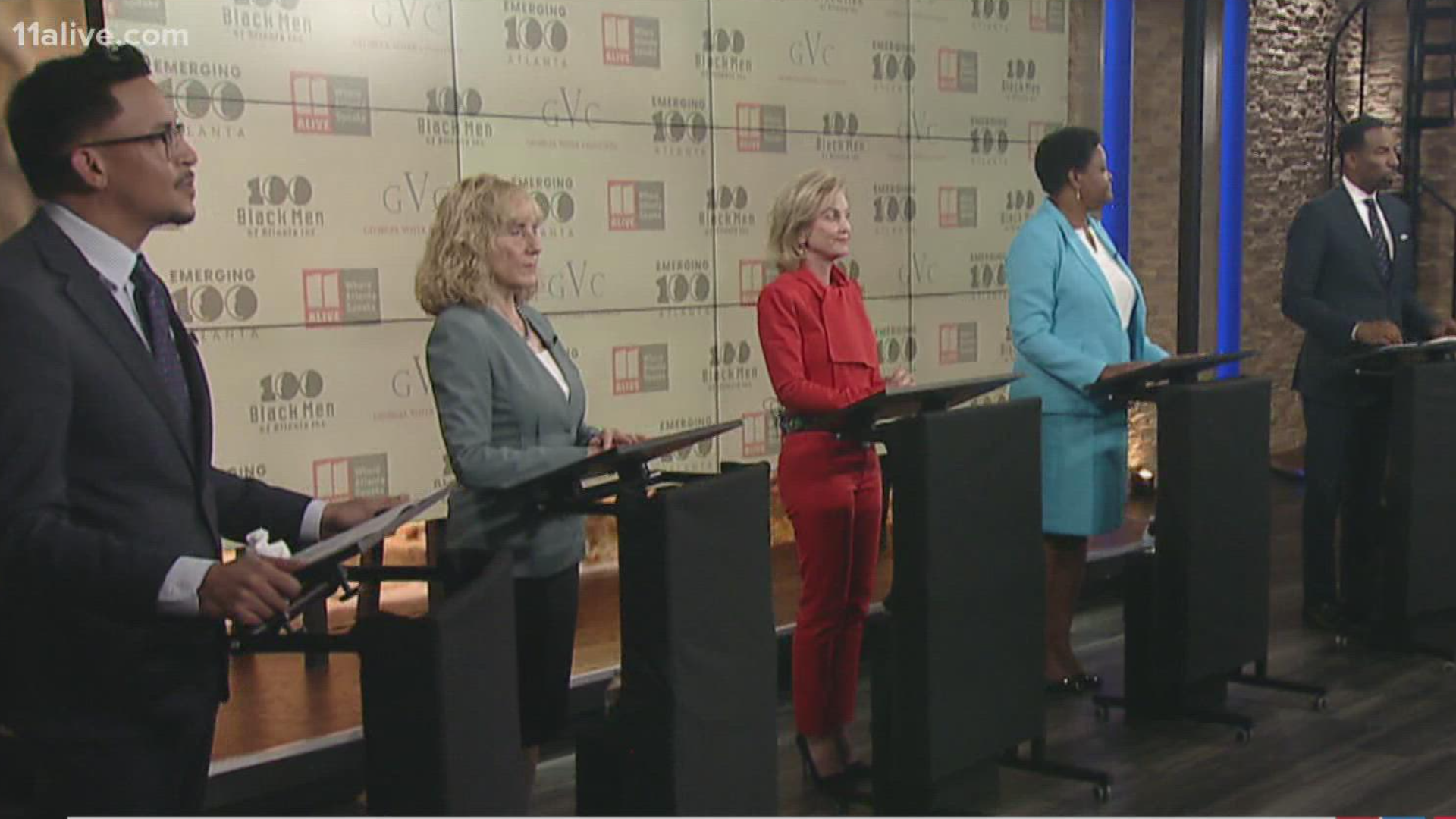 ATLANTA — One of the hot topics heading into this year's Atlanta mayoral race is a movement within the Buckhead community for it to become its own city.

All of the candidates who spoke at 11Alive's mayoral debate are against any such action; however, many of them had different reasons for why Buckhead residents should think twice about possibly cutting ties with Atlanta.

RELATED: Group says poll shows majority of Buckhead residents want to vote on whether or not community should split from Atlanta

Councilman Andre Dickens began by stating that a Buckhead-Atlanta divorce would be "an unnecessarily expensive one."

He claimed that the Atlanta Public School system could potentially lose millions if the split happens.

Dickens followed up by saying that Buckhead residents are not the only ones concerned with crime and the focus needs to be on addressing crime in the city as a whole. He also mentioned being hands-on, present in local meetings, and fighting corruption as ways to earn back the trust of residents.

Former Mayor Kasim Reed, on the other hand, emphasized building up the police department. He also boasted about lower crime rates from years before.

Councilman Antonio Brown meanwhile touched on "communication being broken" and not needing "reactive leadership" but instead being proactive in public safety.

Arguably the most emotional response came from candidate Sharon Gay, who touched on her mother growing up in Buckhead and how heartbreaking it would be in her eyes to see it not a part of Atlanta. She followed by saying residents' concerns were valid but they should focus on electing new leadership to the city of Atlanta, and holding that leadership accountable. Gay also touched on concern over a "collapse in city services," such as trash being picked up or pot-holes being filled.

Meanwhile, candidate and Buckhead businesswoman Rebecca King pleaded with residents saying "the solutions you have been offered are cities that have been formed from unincorporated areas." She emphasized expenses that Buckhead residents might be unaware of, should they choose to split. These include purchasing schools, purchasing and making police departments, and even paying for their own election in order to fill city positions.

She also mentioned that one potential fix to the area's problems is having a city services hub in the northern part of the city to cut down on the time it takes to provide services like trash pickup.

Finally, councilman Felicia Moore reinstated that Buckhead's concerns about crime and city services are shared by Atlanta at large, and will be crucial for the next mayor to tackle. She also touched on a lack of trust due to corruption and emphasized that she herself is a candidate they can trust.