Group stops and prays at key state offices under the Gold Dome. 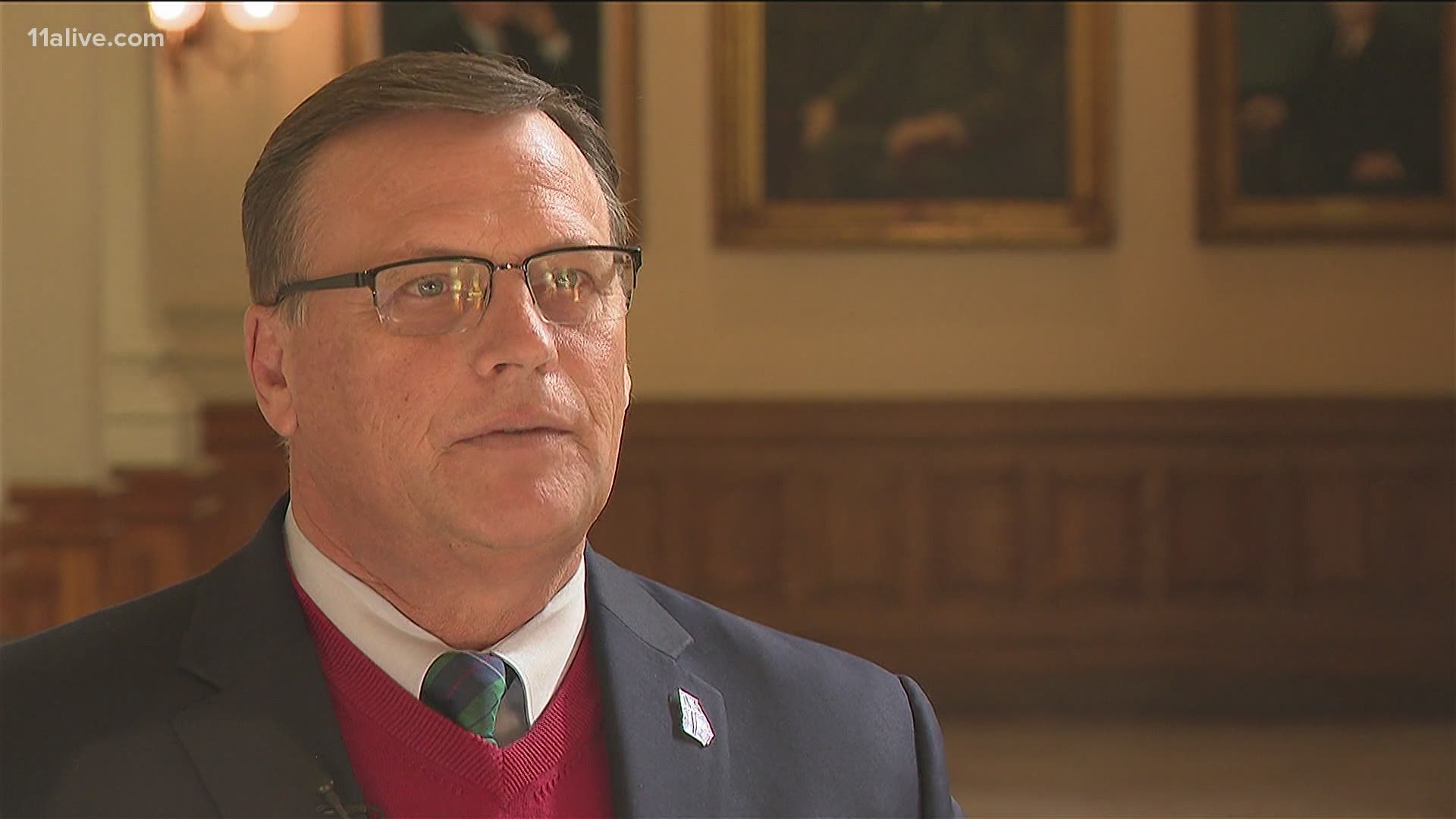 ATLANTA — Fixing a broken political environment in a pandemic year may seem like a big challenge. At the Georgia State Capitol building, one well-known lobbyist thinks he has found at least one answer.

Mike Griffin’s answer is to pray.

This summer, the lobbyist for the Georgia Baptist Mission Board began leading prayer tours of the state capitol building.

On Thursday, he and 14 participants stopped at a dozen spots, like the governor’s office and the legislative chambers to pray for the Almighty to give wisdom to the people who run the government.

"As far as 2020 goes with God, there’s no doubt that He’s sovereign and He’s working out His plan in the midst of all the difficulty," Griffin said. "We live in a fallen world, with a lot of disease and sickness in it ... We’re in a decaying environment, and that’s why we have to look to the Lord to get us through it."

Griffin's stops included the Secretary of State's office, the House and Senate spectator galleries, and the meeting room of the House Judiciary Committee -- which typically considers religious freedom and abortion rights bills.

Credit: WXIA
Lobbyist Mike Griffin leads a "prayer tour" with a stop outside the Georgia Secretary of State's office.

"Let's pray for this committee to do the right thing and get a religious freedom restoration bill passed this year," Griffin said before asking a follower in the tour to lead the prayer.

Griffin is a quick-witted evangelical fixture at the Capitol during legislative sessions, lobbying for religious freedom bills and against gambling bills.

He also stopped at the House Regulated Industries Committee room, which has considered casino gambling legislation that has never made it to a vote in the House or the Senate.

He noted that presidential politics, along with the post-election fallout, has added to the strife of 2020.

"I had a Baptist preacher tell me once, there’s three sides to everything," he chuckled, as he led the group to another stop. "There’s your side, there’s my side and there’s the truth."

Griffin even stopped at a podium where press conferences are called.

"Who wants to pray for the press?" he asked, and a respondent volunteered. Griffin said more young conservative evangelicals need to seek careers in the news business.