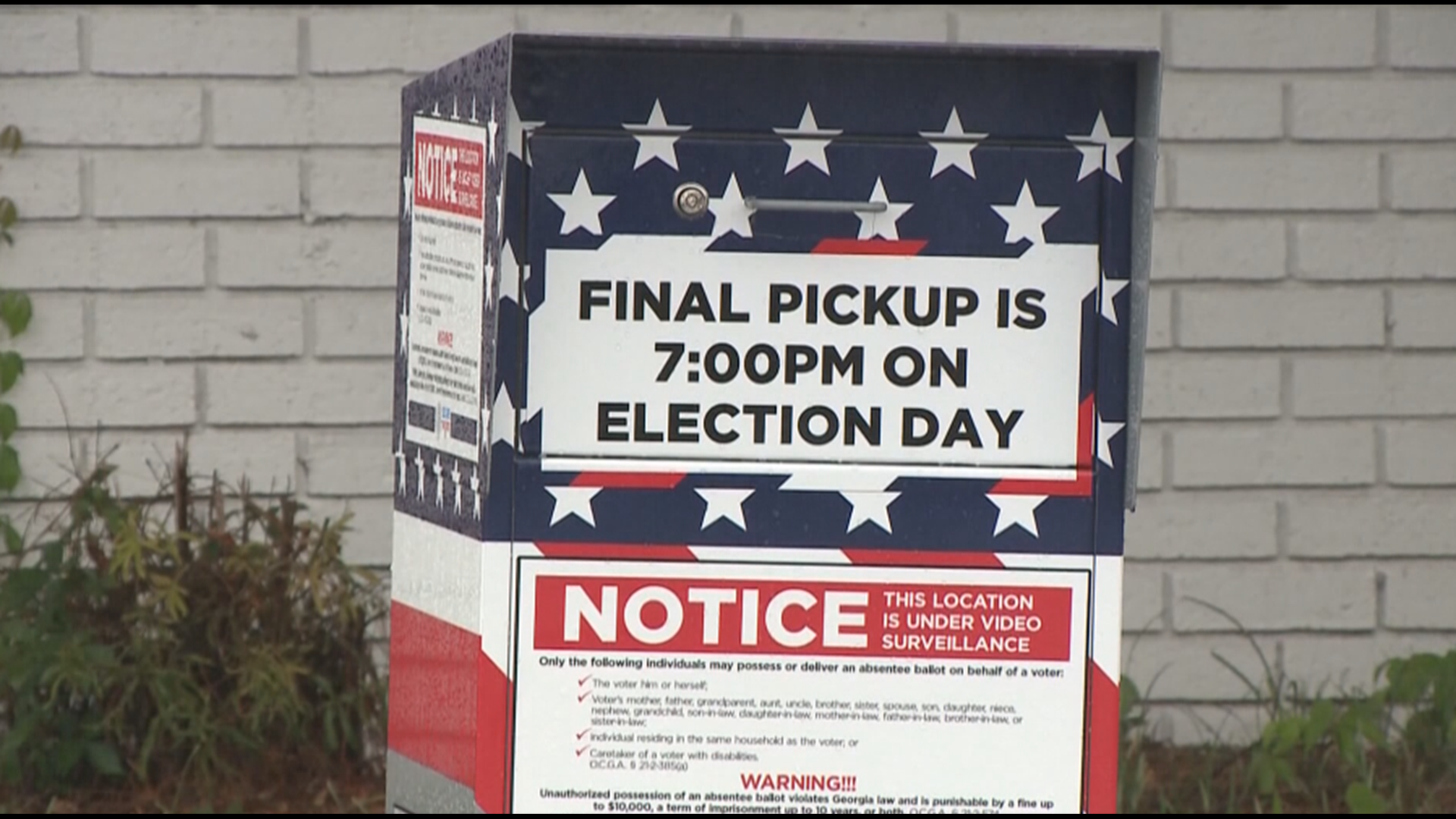 ATLANTA — Ahead of the January 5 runoff, the Georgia State Election Board extended some key emergency rules.

Drop boxes will still be in place and counties will start processing absentee votes sooner, after the board voted to pass the measures at a meeting Monday morning.

Both provisions were largely in place from the primary and general elections and will now be carried over to the runoffs.

The board pointed to the pandemic, which drastically increased absentee voting in 2020. Ryan Germany in the Secretary of State's Office said 1.3 million people voted absentee in the general election, and around 762,000 people had already requested absentee ballots for the January runoff, featuring two Senate races.

The uptick in absentee voting led to key rule changes. The rules were set to expire a few days before the runoff election. Rather than change what’s been done this year, the board decided the best course of action would be to continue the rules through the runoff.

The provision on processing absentee ballots was tweaked to require them to start scanning and processing those ballots at least eight days before Election Day. While they will be required to scan and process the ballots, they are not supposed to start counting or tabulating them until Election Day.

Counties had already been allowed to process them as early as two weeks prior, but also had the discretion to not begin processing absentee ballots until Election Day.

Secretary of State Brad Raffensperger said the extension of the processing timeline rule would allow elections workers to finish tabulating as soon as possible, keeping in mind the new Congress is to be sworn in Jan. 3.

"Without doing this early scanning, it would probably take weeks to get the amount of absentee ballots scanned," Ryan Germany in the Secretary of State's Office said. "There are people upset about the days it took following the November election. I think the number of absentee ballot requests we're seeing for the runoff is large, so if we want results at any time quickly, I think we're going to need to do this."

Drop boxes will remain stationed at county elections offices and certain polling locations. Registered voters are able to avoid in-person interaction and mailing in their ballots if they use the drop box associated with their county.

The board extended this rule to February 5, falling short of the six-month emergency rule provision. Board member Anh Le brought up concerns about drop box video recordings, so the board changed the rule to include the requirement that drop box video recordings be kept 30 days after Election Day. These recordings must also be available to investigators with the Secretary of State's Office and the public at a price that is not cost-prohibitive.

Board just passed an extension of the absentee drop box emergency rule through Feb. 5. The boxes will be in place for the Jan. 5 runoff #gapol

The board also addressed residency requirements and voter qualifications. If there's a question about qualifications, Georgia's election code gives registrars the ability to hold a hearing and have the potential voter submit documents to prove residency. The board decided to address related instructions to eligible voters in the official election bulletin.

The deadline to register for the January runoff is December 7. Early voting begins December 14.