Abrams said she ordinarily votes on Election Day, but given the focus on early voting this year, she felt it was important to get out and vote early. 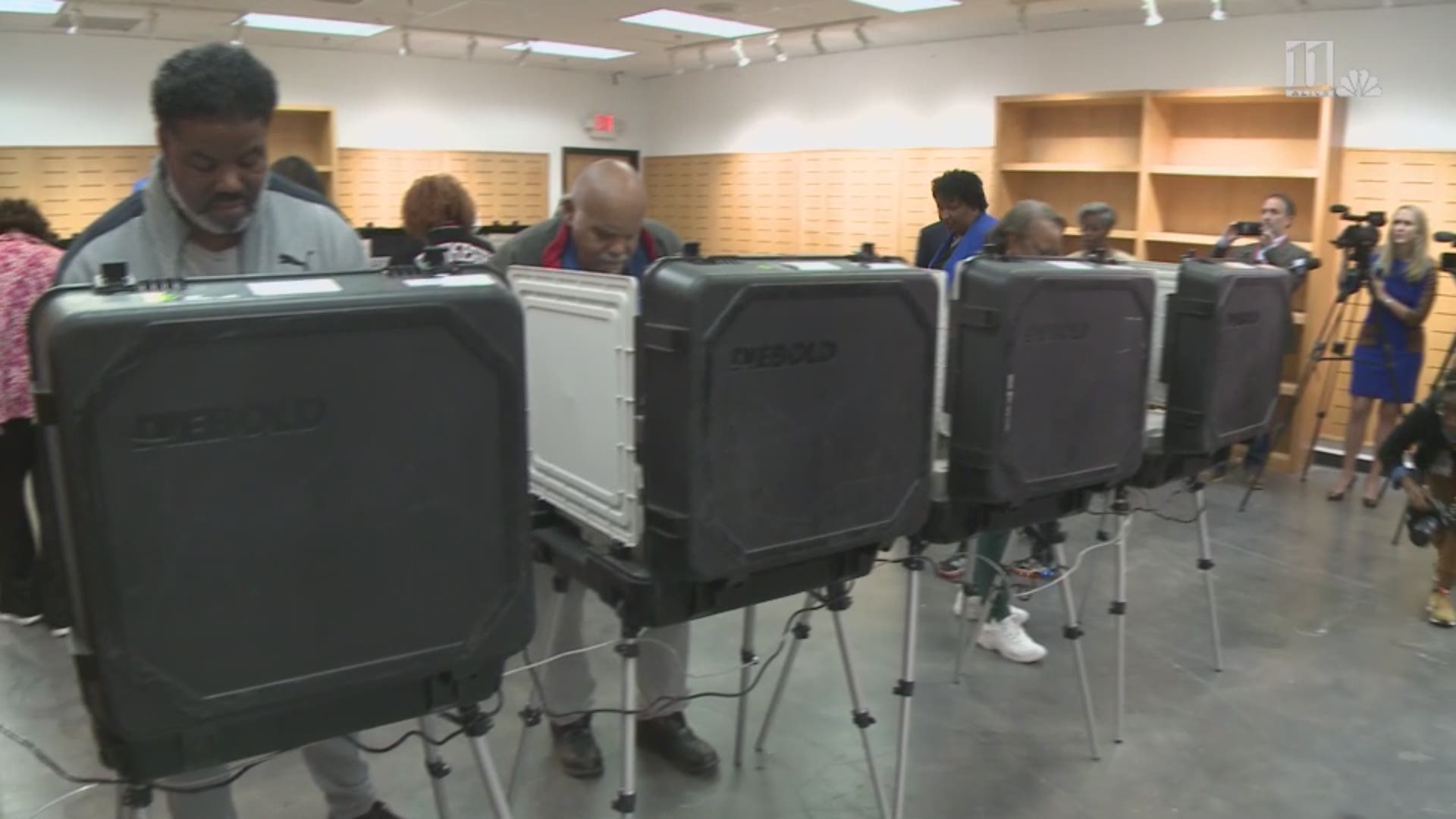 Abrams said she ordinarily votes on Election Day, but given the focus on early voting this year, she felt it was important to get out and vote early.

Many people in Georgia have asked whether Abrams' opponent, Republican candidate and current Secretary of State Brian Kemp can effectively and fairly hold down his current position while running a campaign for the state's highest office.

"I've resigned from my position as Democratic Leader. My colleagues standing behind you can tell you that you cannot do two jobs at once," Abrams said. "You cannot run for governor and have the taxpayers finance your day job. So, I stepped down."

Kemp has denied a conflict of interest and maintained that he can fulfill his job duties while running for office.

Kemp has been accused of using his position as secretary of state to prevent thousands of voter registrations from being processed in a move that many critics -- including Abrams -- has been called one of voter suppression.

"I think that voter suppression is the challenge, and I think that the problem is that we are not getting straight answers from the person responsible for guarding the public trust," said Abrams. "His failure to provide clear explanations for the behaviors -- or worse, his continued deflections, and the fact that he blames everyone but himself for what has happened, shows a clear lack of leadership, lack of judgment, and a lack of competence. I believe that if every person votes, especially if they vote early, then we have time to figure out what mistakes are being made and to get to the right answers."

Early voting continues daily in most Georgia counties through Nov. 2.