The City Council president spoke publicly on the topic on Friday. 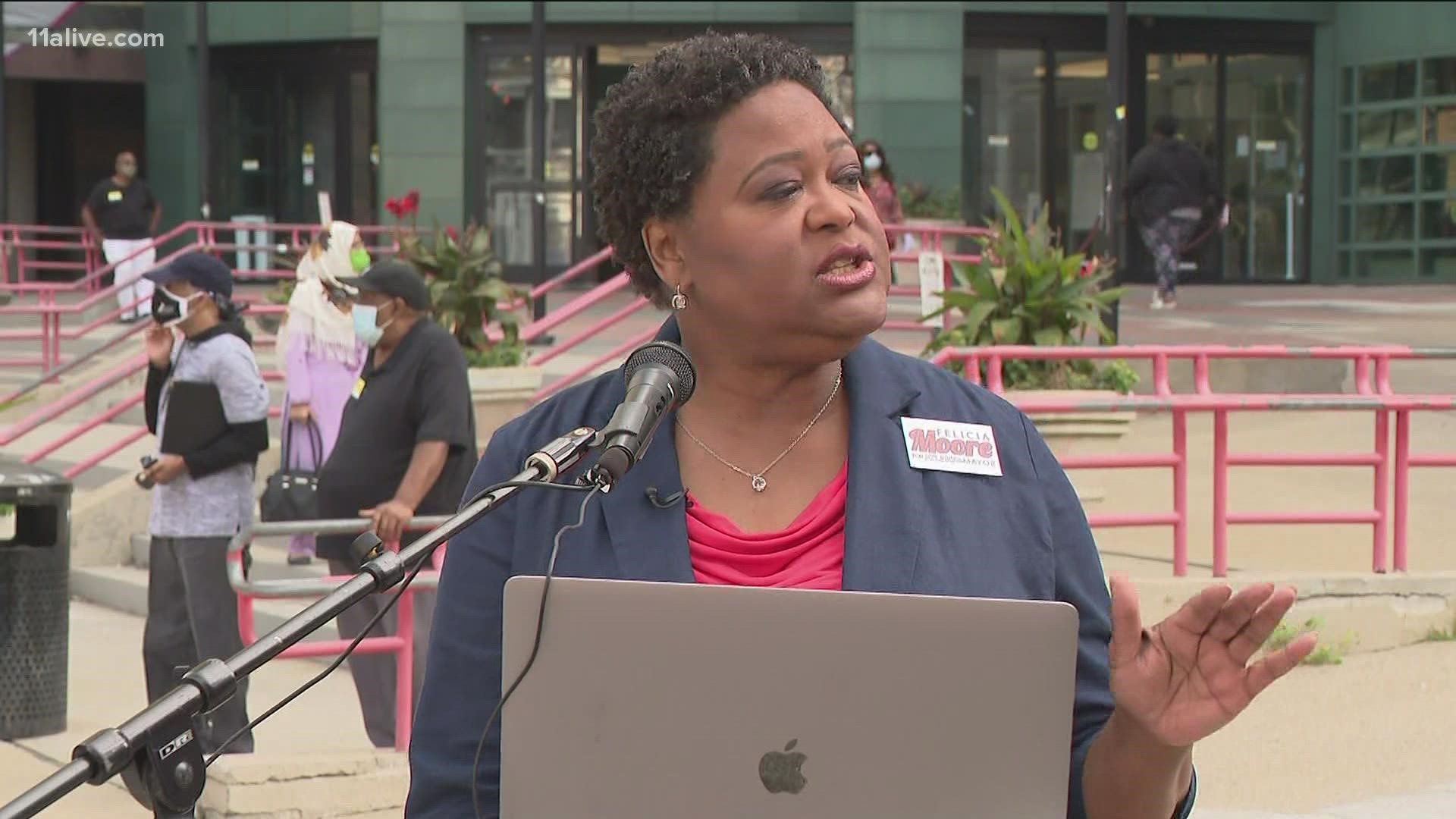 ATLANTA — Public safety has become a focal point in Atlanta's mayoral race amid spikes in crime the city has seen the last two years, and now Felicia Moore has laid out her plans to address things if she becomes mayor.

The City Council president spoke publicly on the topic on Friday, largely focusing on the future of the Atlanta Police Department with an emphasis on de-escalation tactics, assistance for mental health workers, and addressing what she called "legacy racism and police brutality."

She also talked about the need to take a deep look at the issues leading to crime and warned the city can't arrest its way out of a crisis.

RELATED: Atlanta mayoral candidates vie for oxygen while signing up for race

"We can't just fall back sort of on the policies that we've had over the last five or 10 years," Moore said. "We need to create a 21st Century police department, where our officers see themselves as guardians and not warriors against crime."

Moore said as mayor she would keep the Atlanta City Detention Center open, which current Mayor Keisha Lance Bottoms had once vowed to close. Moore said she would allow Fulton County to house prisoners there, citing what she said were overcrowded conditions at the Fulton County Jail.

Moore has been polling high among candidates in the mayor's face and has strong recognition two her two decades of serving on the City Council.

She is up against other council members, including Antonio Brown and Andre Dickens, as well as former Mayor Kassim Reed in the 2021 race.

Early voting begins on Oct. 12, but you have to be registered to vote by Monday in order to cast a ballot in the race.

11Alive will host a mayor's debate on Oct. 13 at 7 p.m., moderated by anchors Shiba Russell and Jeff Hullinger.