Ronna McDaniel was at the Cobb County Republican Party Headquarters for a meet and greet. 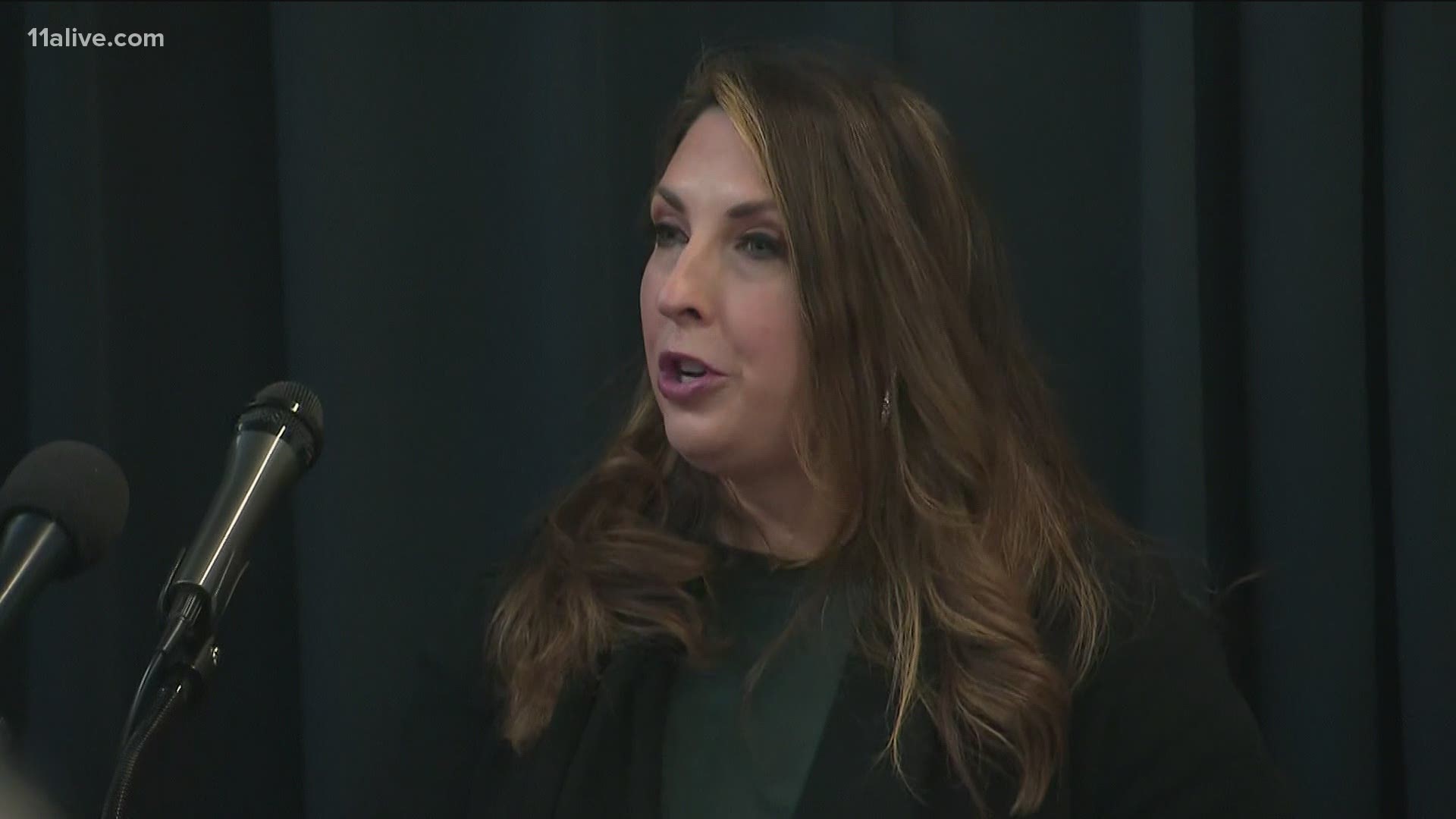 McDaniel was at the Cobb County Republican Party Headquarters in Marietta for a meet and greet around 9:50 a.m.

Her visit comes just days after President Donald Trump announced that he plans on visiting Georgia to rally for the U.S. Senate candidates headed to runoff races in January.

On Thanksgiving, Trump took questions from reporters, unleashing another round of complaints about the vote and theatrical warnings that “a lot of things” would happen before the Electoral College meets on Dec. 14 that could possibly change results. However, nothing stands in the way of Biden taking office on Jan. 20 with a clear margin of electoral votes.

Trump said he would come to Georgia to rally supporters before the two Senate runoff elections that will determine which party controls the Senate. The White House said that rally is expected on Dec. 5.

And as the head of the RNC visited the Peach state, Democratic Senate candidates will be making public appearances of their own.

Waiting to get some @SluttyVeganATL for lunch and Jon @ossoff pops up out of nowhere to greet everyone. pic.twitter.com/adiD3yLWPD

Ebenezer Baptist Church is hosting an "Extended Thanksgiving Weekend" where the most vulnerable members of the community can receive free Covid-19 tests, flu shots, and more.

Warnock, who is the pastor of the church, is expected to attend.