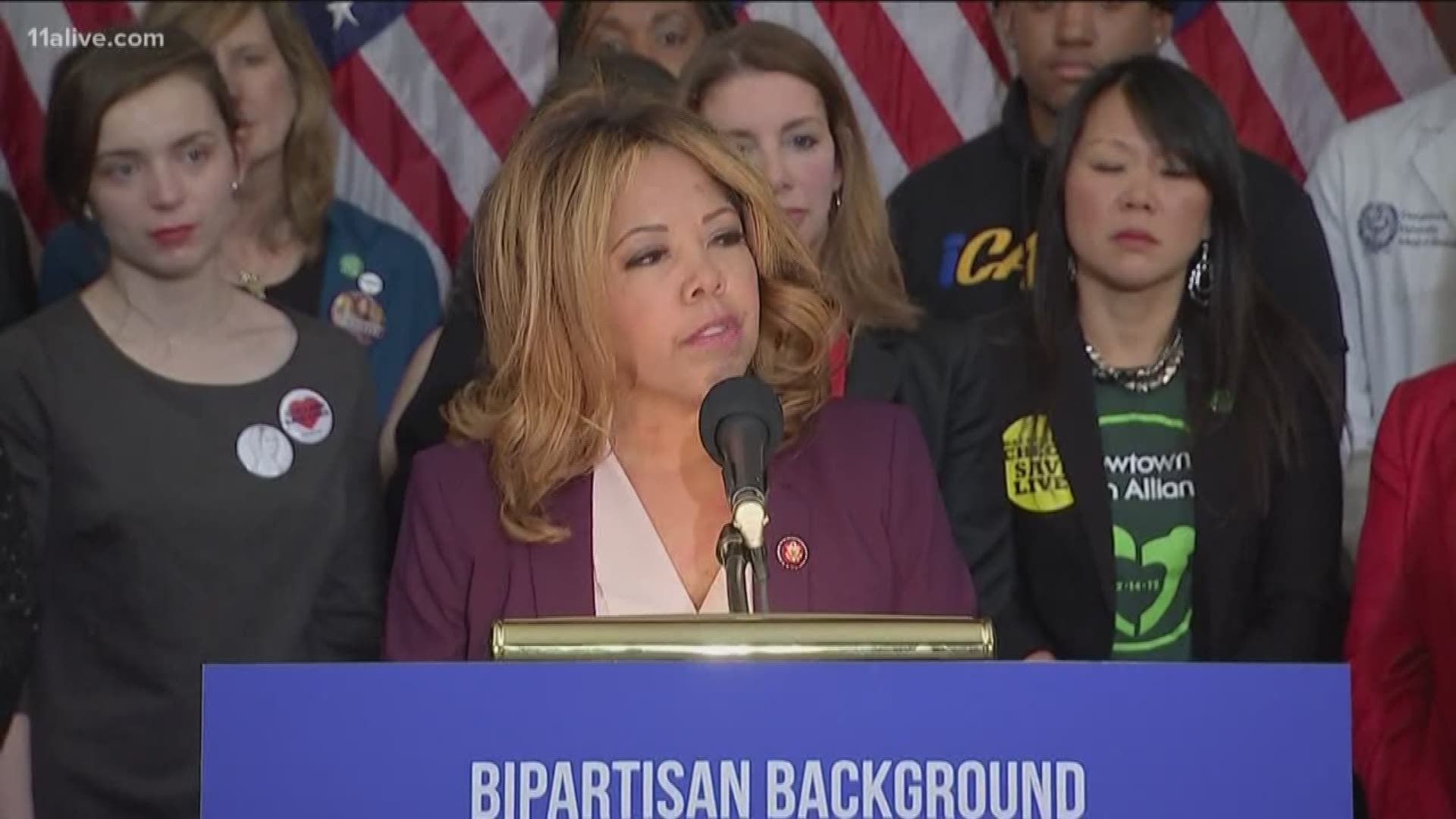 A new Georgia congresswoman known long before her time in office for having lost a son to gun violence has co-sponsored a bill that would require universal background checks.

“Seven years ago my son was violently torn from my life - a victim of a gun in the wrong hands," she said. "Today, I join my colleagues, and former Congresswoman Gabby Giffords, to prevent more families from facing the horror and heartbreak wrought by gun violence."

McBath's son, Jordan Davis, was gunned down by another man on Nov. 23, 2012, in Jacksonville, Florida as he and friends sat in an SUV in a gas station parking lot.

Michael Dunn pulled up next to Davis and complained about loud rap music coming from their vehicle. And after a brief argument, Dunn opened fire killing Davis. He was convicted 2 years later and sentenced to life in prison.

Now a congresswoman elected to represent Georgia's 6th Congressional District, McBath took to the House floor to support the legislation.

ALSO READ:  Lucy McBath tweets picture from behind congressional desk 'This is for you, Jordan'

"I am cosponsoring this bipartisan legislation for my son Jordan, and for the safety of every family in this country," she said. "And I ask fellow parents, my fellow members, and my fellow Americans to stand with me today, in support of universal background checks."

The background check requirement has long been a subject of debate in the country - and in Georgia - with proponents saying it would keep more guns from falling into the wrong hands.

However, critics of such laws suggest that they only pile more regulation on law-abiding gun owners - and won't impact those getting them illegally and using them for illegal purposes.

However, in a press conference later that day, McBath said that places that have already implemented more background check practices have seen improvement in violent crime stats.

"States that have already expanded background checks have lowered their homicide rates, their murder rates, and their gun trafficking," she said. "Background checks empower law enforcement to keep guns out of the hands of criminals and domestic abusers."

However, it may be an uphill battle even in the state where McBath is now a U.S. representative. The soon-to-be seated governor of Georgia, Brian Kemp, has backed legislation that would end the need for a permit to carry guns in the state.

The concept is known as "Constitutional Carry" and will be a topic of discussion in the upcoming legislative session on the state level - it's House Bill 2.

That flies in the face of a 2018 SurveyUSA poll that should that based on the sample polled would support various initiatives to improve gun safety.

These results released in May 2018 suggest that a majority of Georgians (72 percent) support raising the minimum age of gun ownership from 18 to 21.

The poll also said 84 percent approve of requiring a permit to carry a gun and a narrow 51 percent would support a ban on "assault-style" rifles.