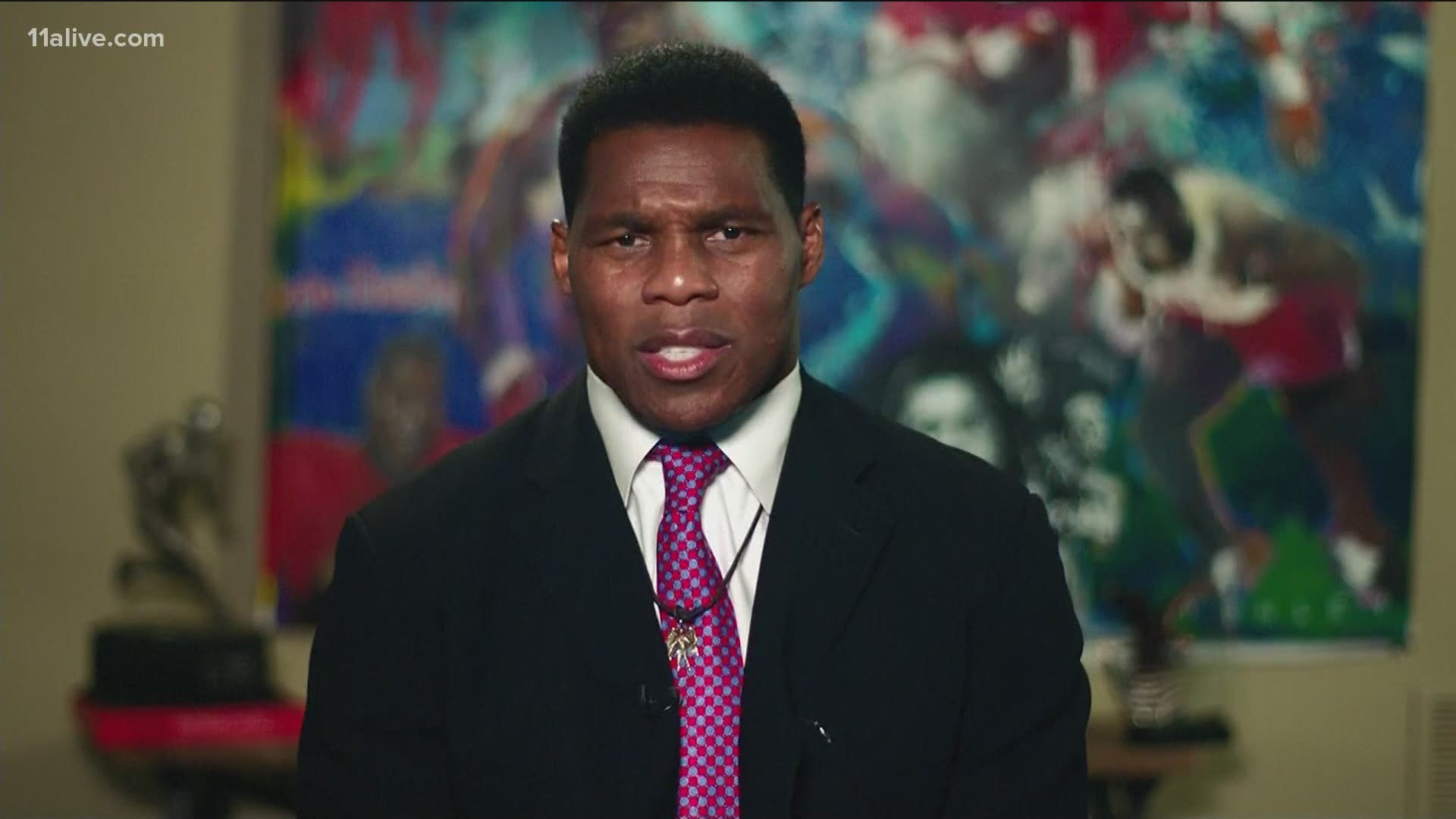 ATLANTA — Former football star Herschel Walker could run for the U.S. Senate in Georgia, even though the ex-UGA star lives in Texas.

The U.S. Constitution doesn’t require a candidate for senate to live in the state they represent – until election day.

Walker has hinted at interest in the Senate and former president Donald Trump said he would back his run.

If he were to run, Walker would have some advantages most politicians don’t have.

"He is a living legend," said Demetrius Douglas of Stockbridge.

Politics is "blocking and tackling, but it’s at a different level," Rep. Douglas said.

Walker hasn’t said he’ll actually run for the U.S. Senate, but tweeted “Georgia on my mind” with a cryptic 21 second video, presumably from his home in Texas a few days ago.

Aside from his football fame, Walker’s biggest boost could come from former president Donald Trump – who reportedly told a conservative radio show this week he fully expects Walker to run for the Georgia senate seat as a Republican.

When Walker left the University of Georgia, he signed with the New Jersey Generals of the nascent USFL.  Trump owned the football team.

The Senate seat is currently held by Democrat Raphael Warnock – who doesn’t want to talk about Walker.  Warnock declined comment when asked about Walker Wednesday.

Douglas said he will support Warnock. One reason, the Democrat said, is because Herschel Walker lives in Texas.

"How can you be a voice for somebody when you don’t live in the same state as the people you represent?" Douglas asked.

The U.S. Constitution requires that Senators “when elected (shall) be an inhabitant of that state for which he shall be chosen.” (article 1 section 3 clause 3), meaning there’s no hurry for Walker to get a dwelling in Georgia.

State legislative seats have a higher residency standard; Rep. Douglas and other members of the legislature must live in their districts for one year before getting elected.

Walker would face one substantial hurdle: Gary Black, Georgia’s agriculture commissioner, has already announced he’s running for the Senate.  Black won election to a third term by a larger percentage than any other Republican running statewide in Georgia in 2018.