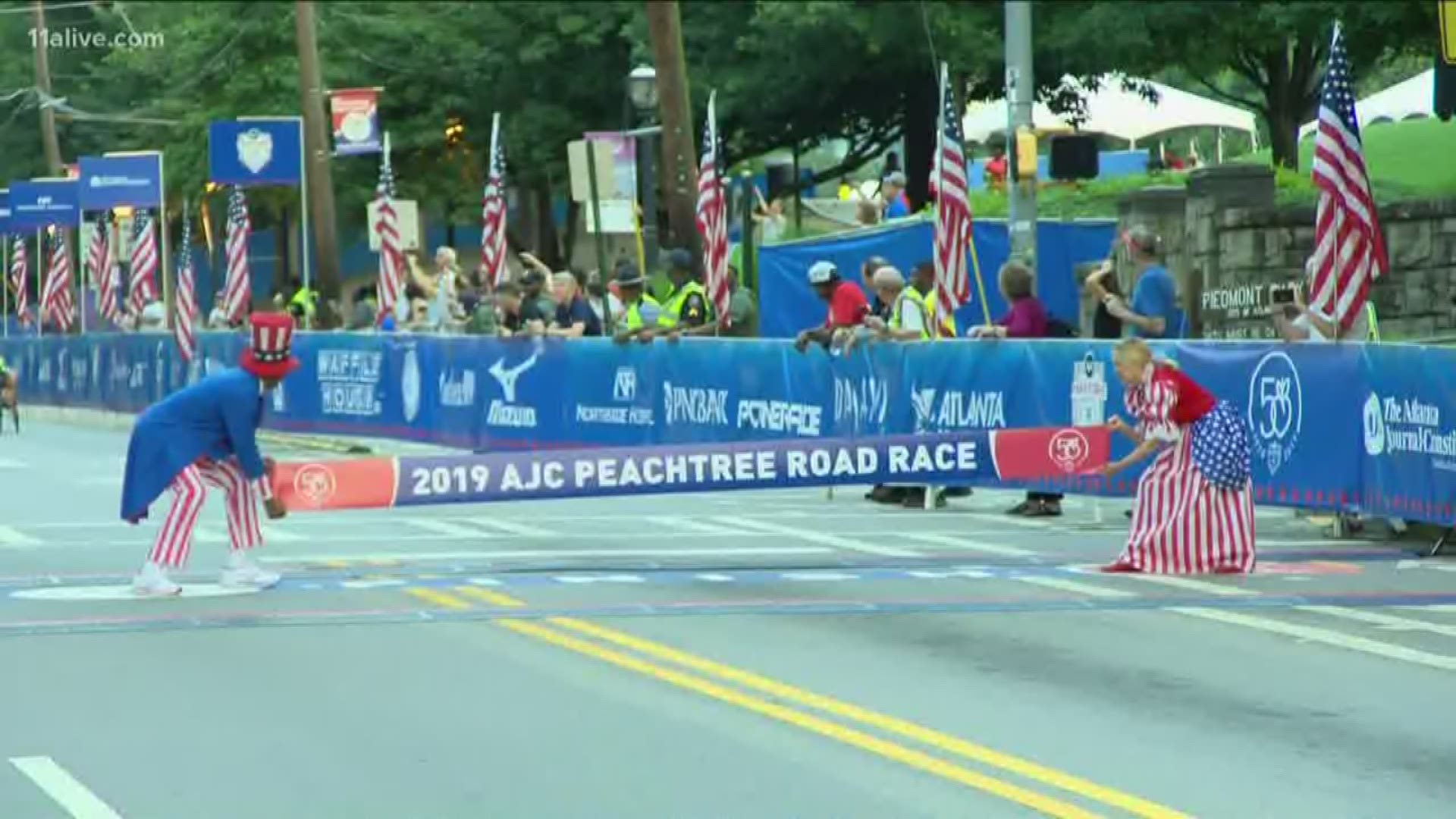 Romanchuck also broke his personal record of 18:40. This is his fourth Peachtree.

Because the Peachtree is celebrating its 50th, the Atlanta Track Club is awarding a $50,000 bonus to anyone who breaks a course record. That amount is unheard of in the running world.

The elite women's wheelchair race also had a record broken a record with 21:28 by Manuela Schar of Switzerland.

More on her record-breaking win, here.

RELATED: Meet the group of guys who dressed up as MARTA for the AJC Peachtree Road Race last year

RELATED: He's on the hunt for the $50K event-record prize at the AJC Peachtree Road Race