The national championship has been growing less competitive, and the committee can't ignore it. 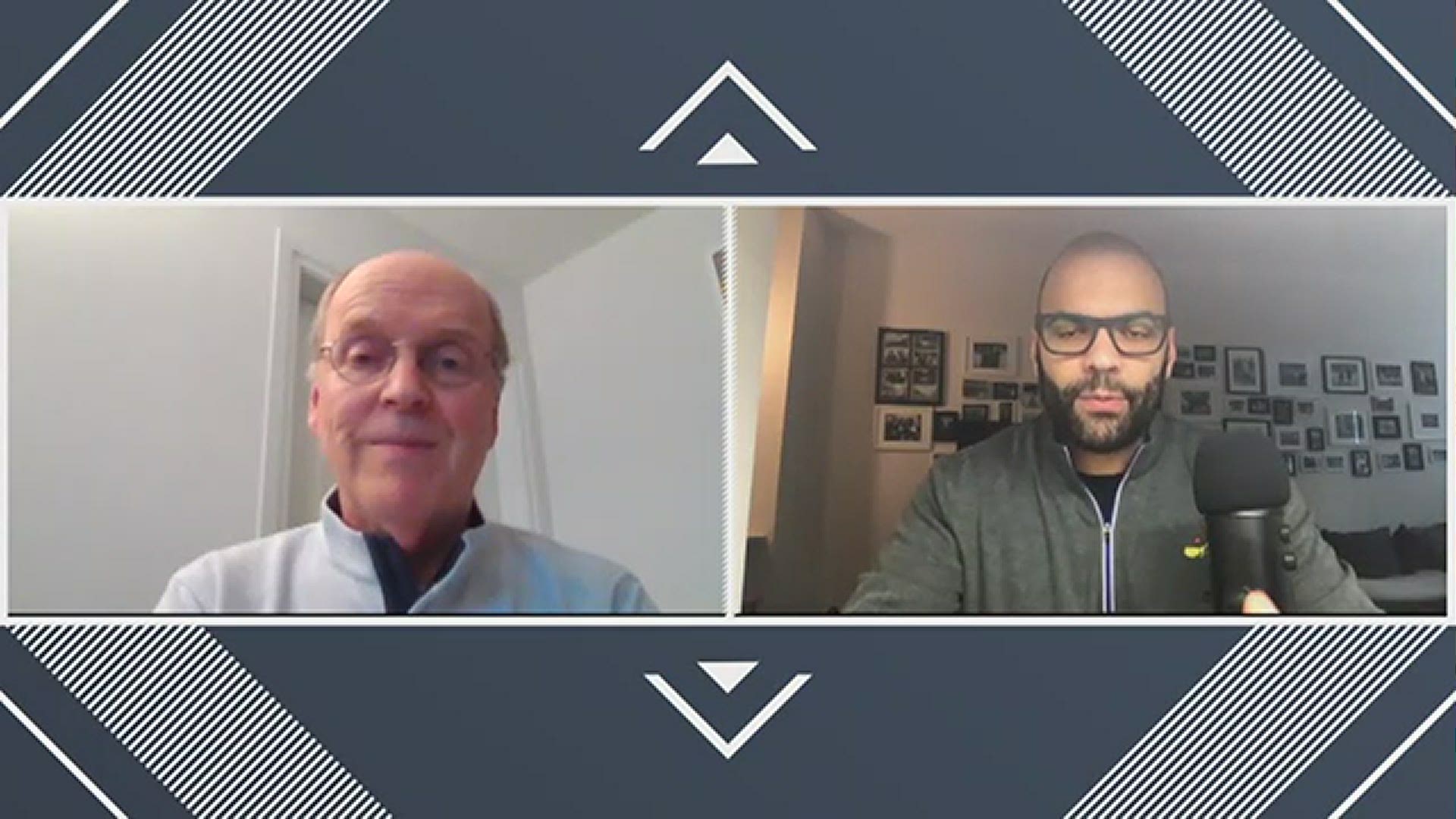 MIAMI — There's no immanent plan to expand the College Football Playoff beyond four teams. And even if there were, Executive Director Bill Hancock likely wouldn't reveal it.

But while he stayed firm on his talking points that "four teams works" and that the current system is "the best way ever devised to pick a national champion," Hancock admitted adjusting the format is being discussed.

"My bosses are talking," Hancock said in an interview with 11Alive less than 24 hours after Alabama dominated Ohio State 52-24 in the College Football Playoff National Championship in Miami.

"Nothing is imminent, but I think it is a smart move to be talking," he said.

It's a line he's said before, but it certainly needs to be talked about.

Hancock is a spokesperson on the committee's behalf, and he admitted the effect COVID-19 had on their ability to rank teams was difficult considering nearly every game on the schedule was a conference game. However, he still believes the committee succeeded in picking the right four teams to play for the title.

But it's obvious, the championship games have been growing less competitive.

Alabama's 28-point win tied the biggest margin of victory by a national champion since the Playoff was formed. Clemson beat Alabama by the same point-spread two seasons ago.

"Someone said to me after the game last night, 'Couldn't we matchup this year's Alabama team with last year's LSU team,' " Hancock said.

If the NCAA would stop dragging its feet on name, image and likeness and college football video games returned, sure we could simulate that on a PS5. But there has to be a way in the real world.

Georgia vs. Cincinnati was one of the most competitive New Year's Six Bowl games outside of the Playoff, with the Bulldogs taking down the undefeated Bearcats with a game-winning field goal. It was thrilling, but imagine how much better it would have been if it had been a play-in game. Winner takes the final spot in the playoff, and we can leave out the Notre Dames of the world who aren't helping the Playoff produce exiting games.

While praising this year's Chick-fil-A Peach Bowl, Hancock said the game had no real affect on their thinking when it comes to the format.

Sure, Alabama would be the champion regardless of the other three teams this season. This team may go down as one of the best in history. And that's a point Hancock stresses.

"There's no guarantee a larger field would make a difference," he said.

But Georgia was the last team to lead Alabama at halftime. With JT Daniels taking the snaps and the running game finding its footing, the Bulldogs probably could have put up a better fight than Notre Dame.

Nevertheless, it's a moot argument until a new agreement to extend the College Football Playoff is formed, with the current agreement expiring in five years. Don't expect anything to change before then. That gives the bosses plenty of time to keep talking.

More host cities for the championship need to be determined, as well, with only the next three determined. Hancock said he expects to start looking at cities to host in the next 6-12 months.

Another football season is in the books, and while the debate on the Playoff format will rage on, at least there was football in 2020. It wasn't always smooth, but it provided some entertainment for never-ending quarantine.

"All of college football is delighted that we got here," Hancock said. "It was just a matter of persistence, flexibility and adaptability."