Geoff Collins picked up a 4-star dual-threat quarterback to join the Yellow Jackets. 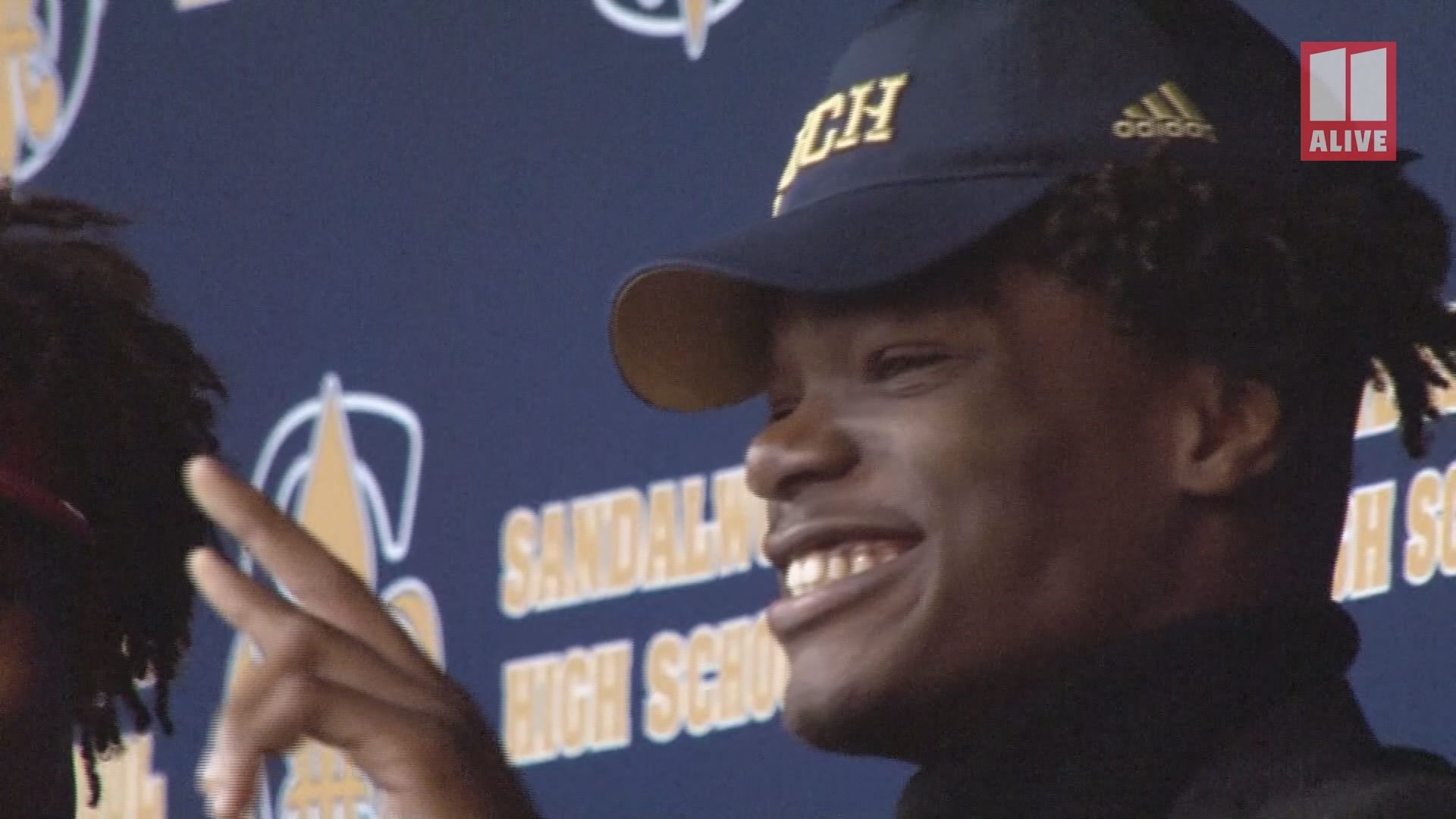 ATLANTA — Georgia Tech's Geoff Collins is out flipping recruits like eggs at a Waffle House.

Collins secured one of the biggest signings of his Class of 2020, Wednesday, when quarterback Jeff Sims signed with the Yellow Jackets.

Sims is a four-star dual-threat quarterback out of Sandalwood High School in Jacksonville, Florida. He was previously committed to Florida State until just a few days ago. He Tweeted Florida State, Maryland and Georgia Tech were his three finalists.

Georgia Tech Tweeted a video that showed just how excited the coaching staff is about their new quarterback.

Sims announced his decision at Sandalwood's recruiting ceremony. He thanked the many coaches who recruited him, with a special shout out to former Florida State head coach Willie Taggart. Taggart was fired as Florida State's head coach earlier in the season.

"To the Georgia Tech staff, the Maryland staff, and Florida State University, I thank you for everything," Sims said during his announcement.

Sims is one of four four-stars committed to the Yellow Jackets, according to Rivals. Dalton running back Jahmyr Gibbs signed with the Jackets, along with defensive back Miles Brooks and wide receiver Bryce Gowdy.