They were the first school with an all-black golf team to win the state championship in Georgia. Now, their eyes are set on a national title.

The team has been undefeated this season. 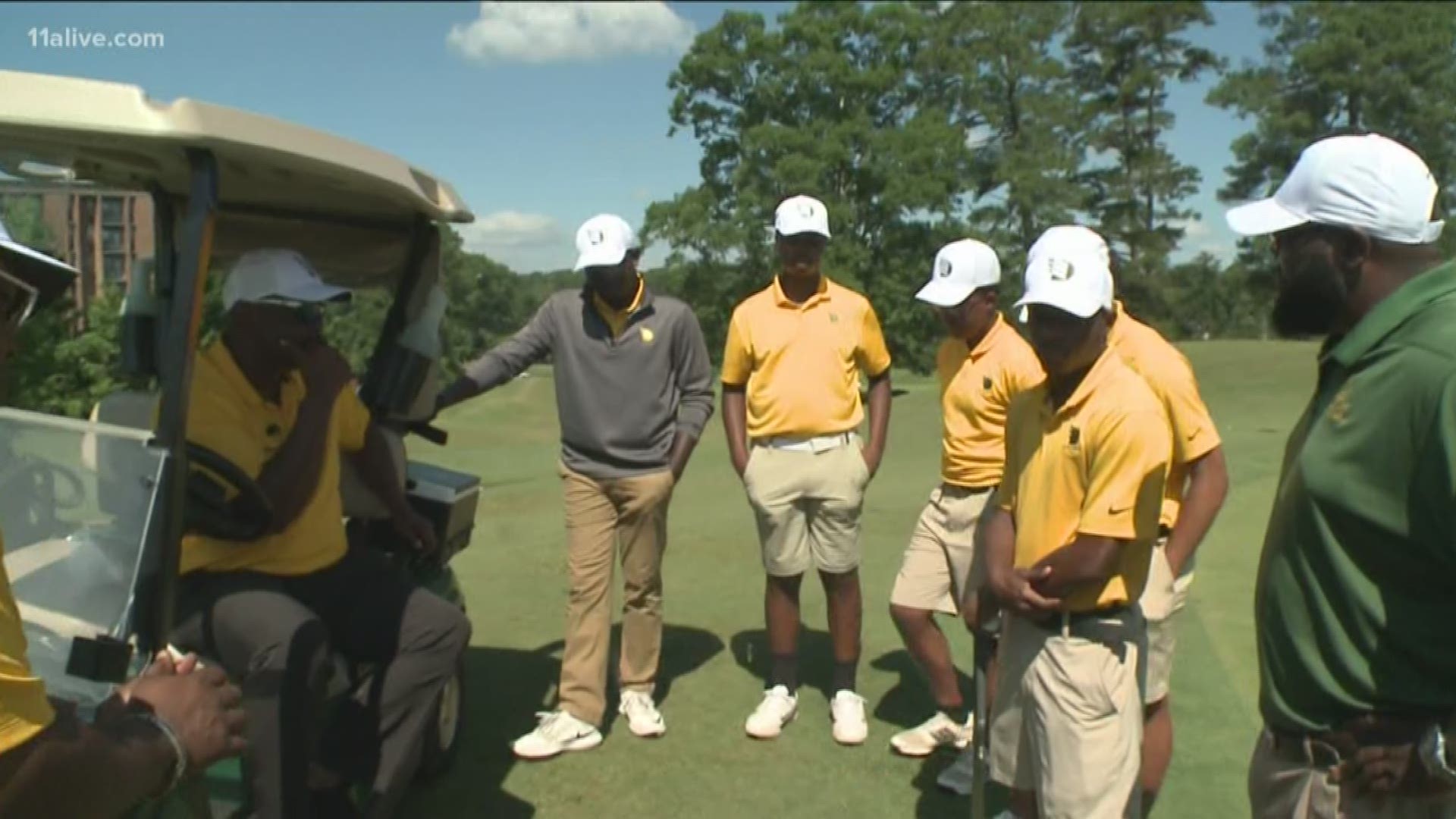 ATLANTA — For the first time, a golf team from Atlanta Public Schools has won a state golf championship here in Georgia.

Not only did they win, but the Drew Charter School golf team is creating history in a different way. The students are the first all-black golf team to do so.

"At the beginning, I didn't really have the belief in us, but as a team we started to grow a lot," freshman Miles Richardson said.

Now, they are headed to play for the national championship. 11Alive got the chance to speak with Richardson and some of the players who said they are proud of their accomplishment.

RELATED: He’s the 1st African-American Male valedictorian at his Georgia high school and is graduating with a 4.7 GPA

They've been undefeated this season and want to continue that winning streak.

"We're making history," said Senior Anthony Ford. " We've got even bigger stakes in us now, going to the national championship. Being the only black team there, it means a lot. We've got a lot of people rooting for us."

Last month, after the boys won the state championship, the school posted photos of them on their social media pages to celebrate their success.

"To be able to win the area, state and go undefeated all season and hopefully win a national championship is something special," said Solomon Dobbs, a senior.

RELATED: She's going to Spelman College in the fall. She's only 14 years old.

"We just got to stay in the moment," Head Coach Joe Weems said. "At the beginning of the year when I met with the parents at the interest meeting, we talked about being on the national stage. So here we are."

The tournament for a national title is being held at the Walt Disney World Golf Resort. The team leaves on Tuesday.