A bridge on I-75 is currently named for Georgia's segregationist governor. 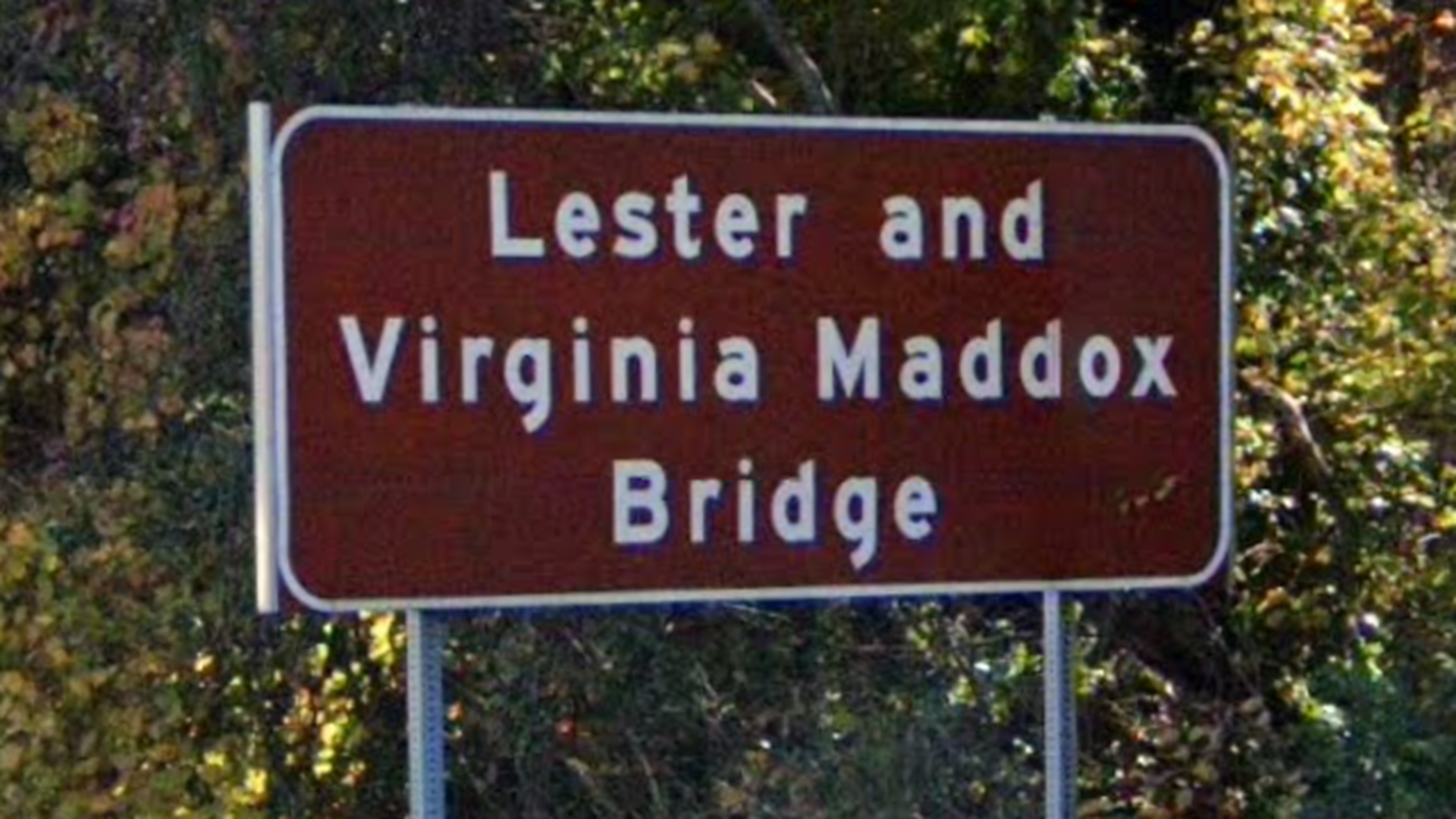 ATLANTA — Some state lawmakers say they will pitch renaming a well-traveled Interstate 75 bridge near Truist Park for Hank Aaron.

Even backers of the measure to honor Hank Aaron say it will be a heavy lift to rename the bridge they want to see renamed, which is currently named for former Gov. Lester Maddox and his wife Virginia.

Hank Aaron was one of America’s greatest baseball players and an Atlanta sports legend.  Lester Maddox was governor of Georgia 50 years ago.

Aaron quietly fought Jim Crow segregation laws.  Maddox was an attention-grabbing segregationist who chased Black people away from the restaurant he owned near Georgia Tech.  Images in a GPB documentary show Maddox shoving away would-be Black patrons while holding an ax handle.

The bridge bearing Lester and Virginia Maddox's name crosses the Chattahoochee River on I-75, the line between Fulton and Cobb counties. Former Gov. Maddox was a Cobb resident when he died in June 2003.

RELATED: Hank Aaron's start in the Negro League before coming to Atlanta

State Rep. Erick Allen (D-Smyrna) says he is a supporter of the measure.

The Maddox bridge connects Atlanta with Truist Park, home of the Atlanta Braves.

The proposition to rename it echoes an effort which failed two years ago to rename Savannah’s Talmadge bridge – also named after a segregationist Georgia governor.

But Anulewicz thinks the legacy of Maddox has soured since lawmakers first named the Maddox bridge in 1999.

"Lester Maddox and his (Pickrick) restaurant over in midtown Atlanta and chasing black customers out with an ax handle - that’s a legacy a lot of people think about when they think about Lester Maddox," Anulewicz said.

Backers say they are seeking input from Hank Aaron’s family about how they would like the bridge named before they introduce the measure in the next few days.