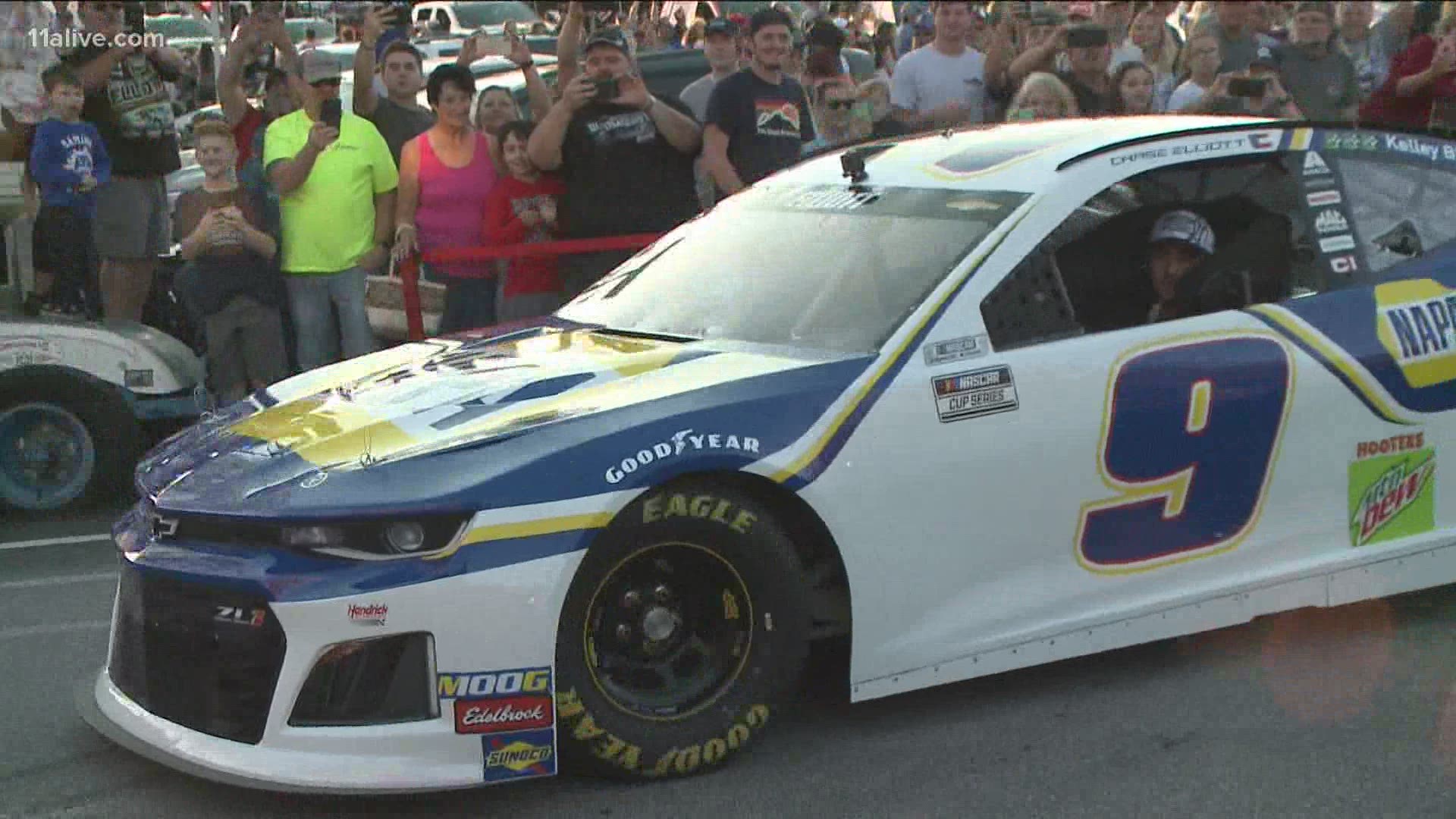 DAWSONVILLE, Ga. — Less than 24 hours after winning the NASCAR Cup Series Championship, Chase Elliott returned home to Dawsonville. And it seemed the whole town - and then some - turned out to welcome him back.

Elliott, at 24 years old, is the third-youngest driver to win NASCAR’s top trophy. Back home he drove his #9 car through the city streets and then received a key to the city during a ceremony at city hall.

Elliott clinched the championship Sunday by winning at Phoenix Raceway. He joins his father, Bill, as champions in NASCAR’s top division.

As thousands turned out Monday in Dawsonville, Elliott took it all in.

“There’s no other driver that would come home to a situation like this. It’s humbling. This town and this state," he said. "This community is so supportive of what we do.”

According to NASCAR, the Elliotts are the third father-son duo to win Cup Series titles, after Lee and Richard Petty, and Ned and Dale Jarrett.