S.O.A.P. Up Atlanta is handing out bars of soap labeled with resources for sex trafficking victims outside hotels across Atlanta during Super Bowl LIII. 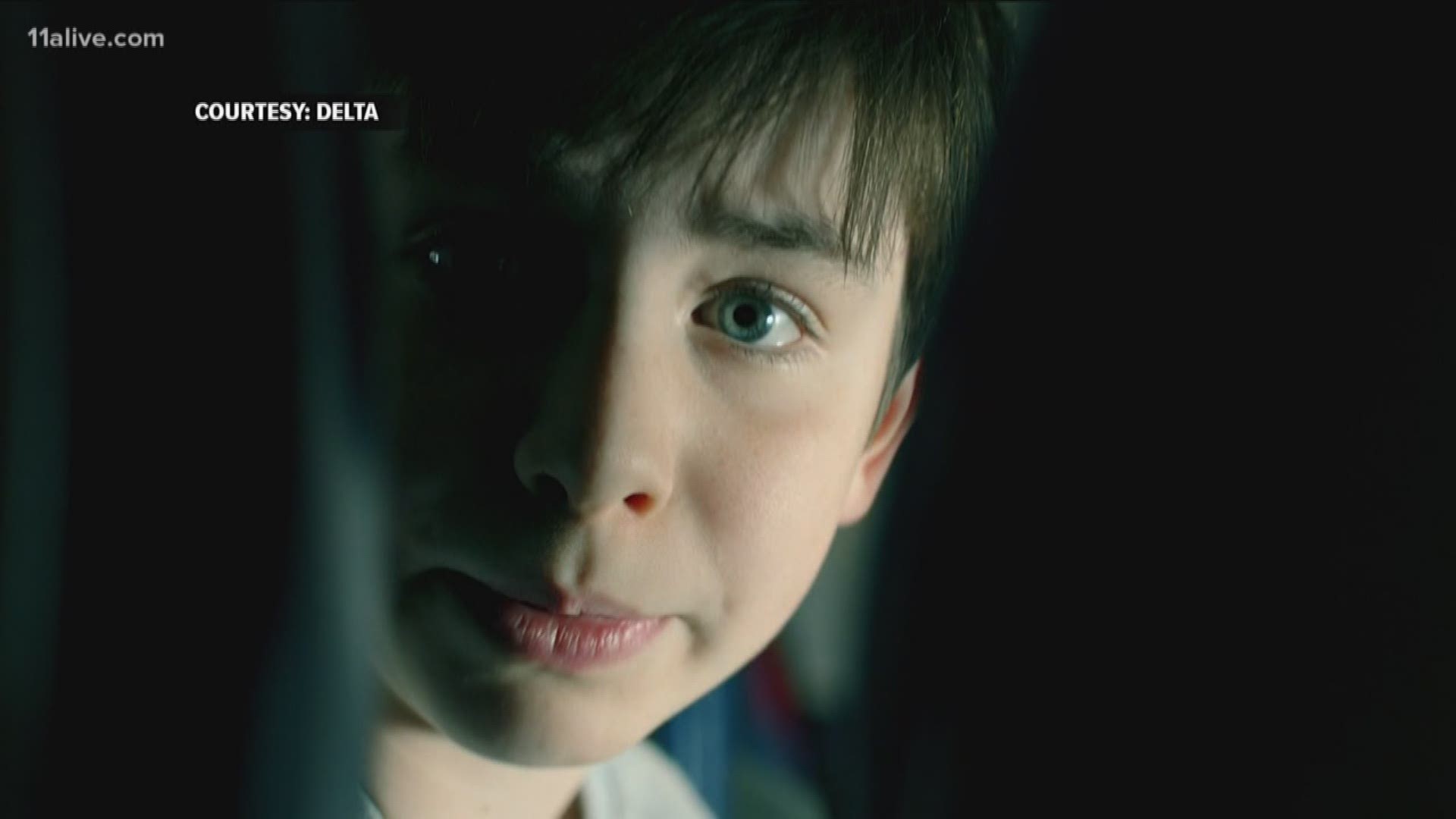 ATLANTA — An organization dedicated to fighting sex trafficking will be handing out thousands of bars of soap to people staying in Atlanta hotels during the Super Bowl to try and help rescue children being bought and sold through the sex trade.

S.O.A.P. (Save Our Adolescents from Prostitution) is looking to hand out 60,000 bars of soap in two days to every single hotel room in metro Atlanta, the group said in a release. The labels on the soap bars include the National Human Trafficking Hotline number and a message to sex trafficking victims or those who might witness children being prostituted during the Super Bowl.

The organization was founded by Theresa Flores, a sex trafficking survivor turned advocate. Flores said she was inspired to put messages of hope on bars of soap after her “worst night” – when she was auctioned off to nearly two dozen men in a Detroit motel. She said that the only item she was allowed to have was a bar of soap – which is how she came up a unique way to reach victims.

S.O.A.P. National holds outreach programs across the United States and provides resources to high-risk areas and motels. Over the last nine years, S.O.A.P. volunteers have given out over 1 million bars of soap labeled with the National Human Trafficking Hotline across the U.S. Human trafficking victims have been saved as a direct result, according to S.O.A.P.

The S.O.A.P. Up Atlanta event, happening Saturday, Jan. 26 and Sunday, Jan. 27, will bring together Atlanta volunteers and advocates to prepare for outreach during Super Bowl week. Volunteers will learn the warning signs of sex trafficking and help make the soap labels to distribute across the city, along with educational materials for hotel workers and guests.

“Atlanta is one of the top cities for sex trafficking of children in the United States. With the Super Bowl coming in February 2019, we need your help to rescue these missing kids,” the campaign website reads. This is the eighth year that the non-profit is raising awareness at the Super Bowl.

The event starts at 9:30 a.m. Saturday at All Saints Episcopal Church on West Peachtree Street in Atlanta. Families are welcome. The program is also accepting donations through the event website or through the Episcopal Diocese of Atlanta.

On Sunday, volunteers will be gathering at the Ahavath Achim Synagogue at 600 Peachtree Battle Ave. NW. at 9:30 a.m.

The events are sponsored by the Commission on Domestic Minor Sex Trafficking, the Episcopal Diocese of Atlanta and others.

Visit the EventBrite event page to sign up as a volunteer and learn how to donate or visit The S.O.A.P. Project website.