According to the agency, no one reported feeling the quake. 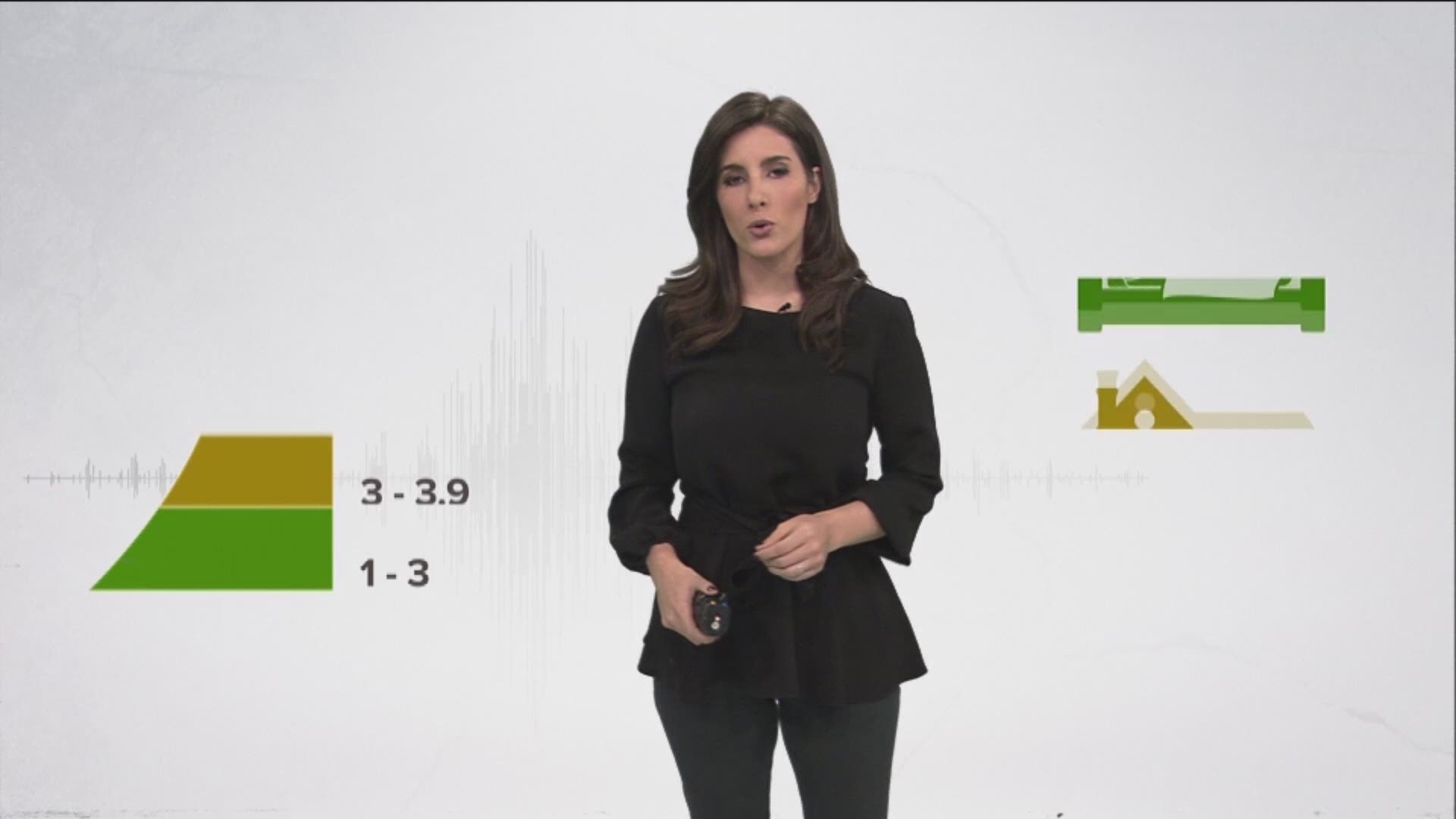 WHITFIELD COUNTY, Ga. — A small tremor shook the earth in the northwestern corner of the state - but it likely was too small for anyone to notice.

The U.S. Geological Survey said a 2.1 magnitude earthquake happened around 4:30 p.m. near Chickamauga, Georgia. The small town is about 13 miles south of Chattanooga and 95 northwest of Atlanta.

According to the agency, no one reported feeling the quake. The USGS said, generally earthquakes with magnitude 2.5 to 3 are the smallest ones felt by people.

Thursday's earthquake is at least the third tremor reported in the northwest region of the state within the last 30 days.

Earlier this month, a 2.5 tremor shook parts of Whitfield County, just southwest of Dalton. A week before, at the end of June two quakes rumbled the same areas of northwest Georgia just 12 hours apart - the first in Chatooga County near the Alabama state line, and again in Chickamauga.

The area, according to the USGS is part of the Eastern Tennessee seismic zone, which extends across northwest Georgia into northeastern Alabama. The USGS calls the area one of the most active earthquakes in the Southeast. Although the federal agency says the zone is not known to have had a large earthquake, a few in the zone have caused slight damage. The largest known - a magnitude 4.6 - happened on April 29, 2003, near Fort Payne, Alabama. Earthquakes too small to cause damage are felt about once a year, according to the USGS.

While earthquakes in the eastern United States are rare, they do happen, and often impact a much larger area than quakes on the West coast thanks to the more mature rock formations of the East coast versus those out west.

According to the USGS, there have been several historic earthquakes on the east coast. In November of 1755, an earthquake with an estimated magnitude of 6.0 hit about 50 miles northeast of Boston, causing heavy damage.

Other strong earthquakes recorded in the continental U.S. were centered in southeastern Missouri near the border with Arkansas, Kentucky and Tennessee. A series of three quakes in Missouri in 1811 and 1812 was so powerful that it changed the course of the Mississippi River.

And in August of 1886, a strong earthquake occurred in Charleston, South Carolina with a magnitude estimated at 6.8 to 7.2. Much of the city of Charleston was damaged or destroyed.