Photographer's project brings kids of all backgrounds together to celebrate diversity, shine light on the unconditional love children show

“God loves everyone ... That’s how I saw them love each other.” 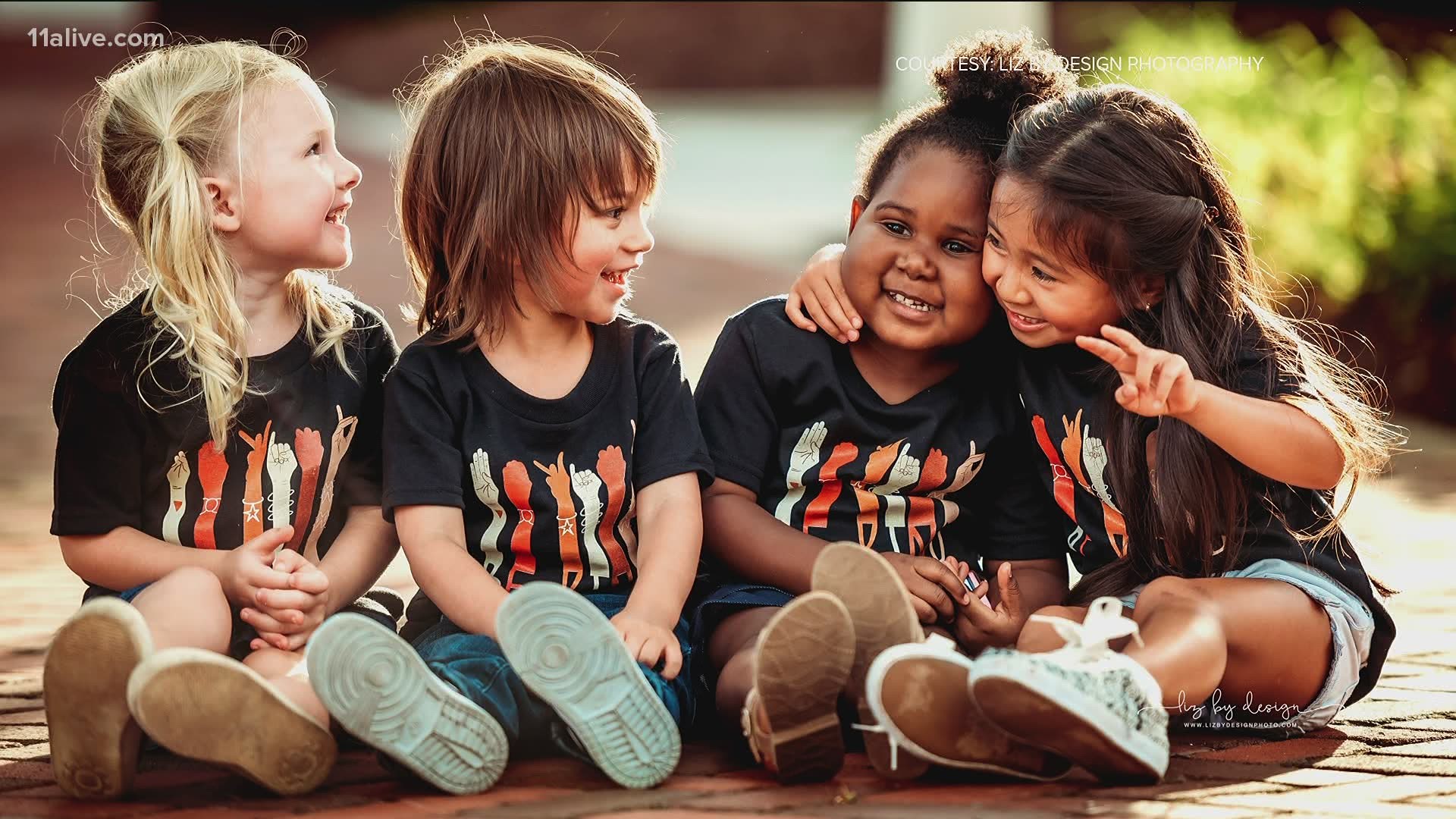 Through the eyes of a child, it’s simple. They are just happy to be together.

“They are a bright light even when there is darkness,” said Liz Williams. She said she sees in the kids a message she wants to help share.

“We want to share positivity,” Williams said. “There is so much bad going on right now; so many people fighting and hating each other.”

She told 11Alive how she woke up one morning with an idea to remind people we are more alike than we are different, and we are better together. The owner of Liz By Design Photography reached out to her following.

“I told them I have this idea and who wants to join me on this … and there were like five hundred comments right away,” she recounted.

She got a group of her clients and friends together to do a series of pictures she calls “The Be Kind Project.” They are children who are diverse in their ages, backgrounds and experiences. They appreciate each other’s differences and were instantly connected by the things that really matter - the things that make them all the same. Their hearts.

“For kids to get together, not judging each other, the way they look, because they have pure hearts," she said.

You can clearly see it as the children interact in the pictures.

“They were loving each other and were fast friends, and that is the way it should be," Williams said.

She said the kids did not know each other before the photo shoot. Seeing them interact and be so open with each other was meaningful.

“God loves everyone,” she said. “That’s how I saw them love each other.”

Williams said she hopes other families will see the pictures and talk to their children about inclusion and kindness.

“It is important to me to raise my children to love everyone not based on what they look like," she said.

“As adults, our minds get contaminated with bad things and I feel like we need to remember who we were at the point in our lives before we were contaminated," she added.

Each child wore a Be Kind T-shirt re-enforcing the goal of their time together.

“The shirts were the final piece of the puzzle,” Williams said. “You see what they were wearing and know just like that the point of the photo shoot.”

Williams said she was excited that she was able to order the shirts from a local black-owned business.

“They are an awesome family,” she said.

Liz Williams was an accountant for many years until she was inspired to pursue photography. Working on this project reinforced the very reason she followed that dream. She said she wants to make a difference in people’s lives and in the community.

“I just want to spread some positivity, a bright light, even when there is darkness," Williams said.

She said she hopes people will share the pictures and the message to be kind.