Police said he was spotted going door-to-door checking to see if any were unlocked. 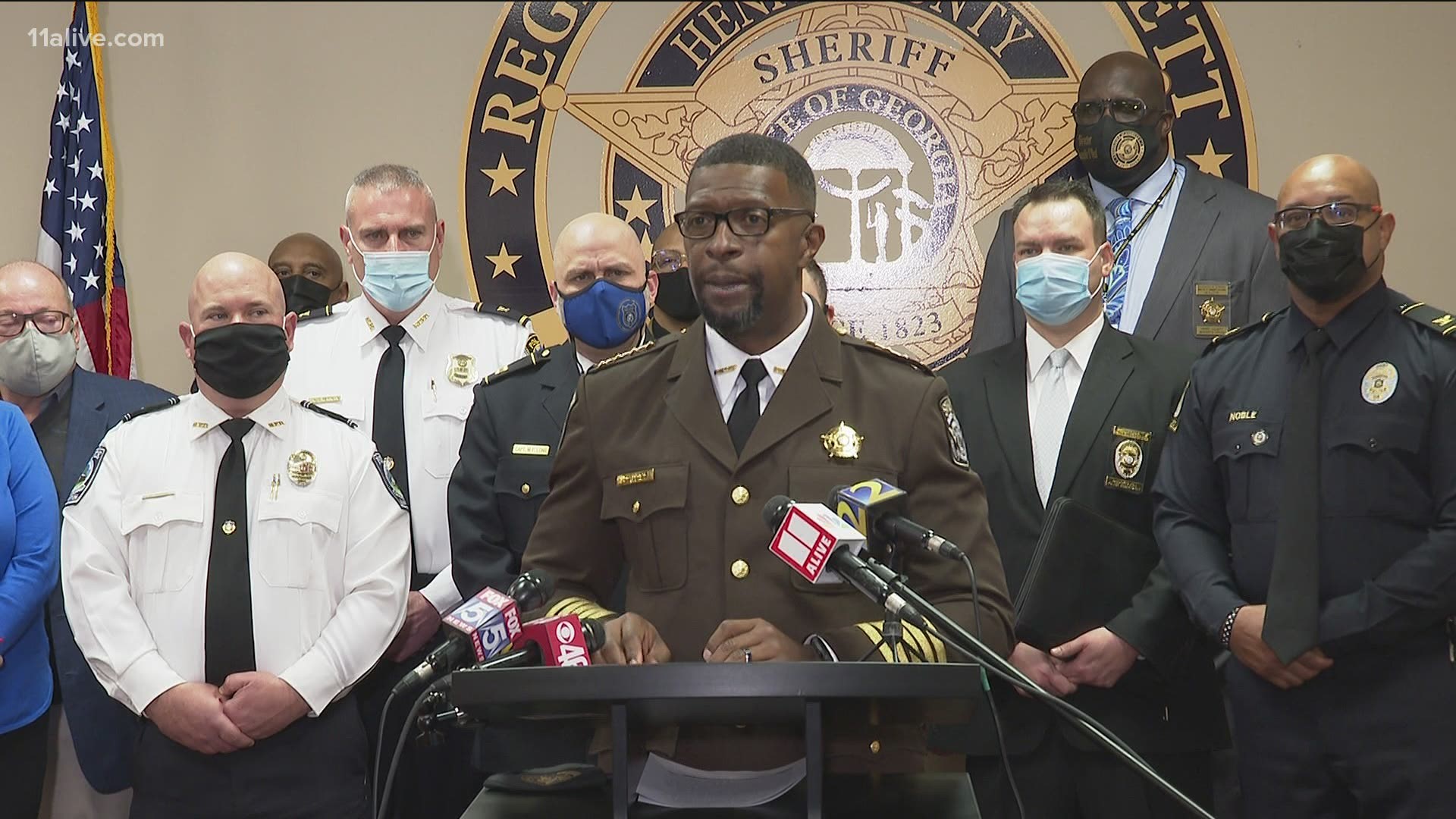 MCDONOUGH, Ga. — Law enforcement officers will come together Tuesday to announce a $7,500 reward for information that could lead to an arrest in a case about an elderly woman who they said was sexually assaulted at a senior living facility.

Earlier this month, McDonough Police shared photos and video of a man they said is suspected of committing a sexual assault on Feb. 5 at the Heritage at McDonough senior living complex off of Bridges Road.

Police said he was spotted going door-to-door checking to see if any were unlocked. The suspect ultimately got inside one of the units, where he was accused of sexually assaulting an elderly woman living there.

On Monday, The Henry County Sheriff's Office said Sheriff Reginald Scandrett would be joined on Feb. 23 with McDonough City Administrator Preston Dorsey, McDonough Police Chief Ken Noble, and others for a joint news conference about the case.

Former NBA star Shaquille O'Neal, who is the director of the Henry County Sheriff’s Community Relations Division, is also expected to be there for the announcement about the reward information.

“Neither I, Mr. Dorsey or theses Henry County Chiefs of Police will tolerate this person violating the sanctity and privacy of any resident in the City of McDonough or Henry County as a whole," Scandrett said in the news release.

Anyone with information regarding this or any other crime is urged to call the McDonough Police Department or Crime Stoppers at 404-557-TIPS.