There are now enhanced safety protocols in place. 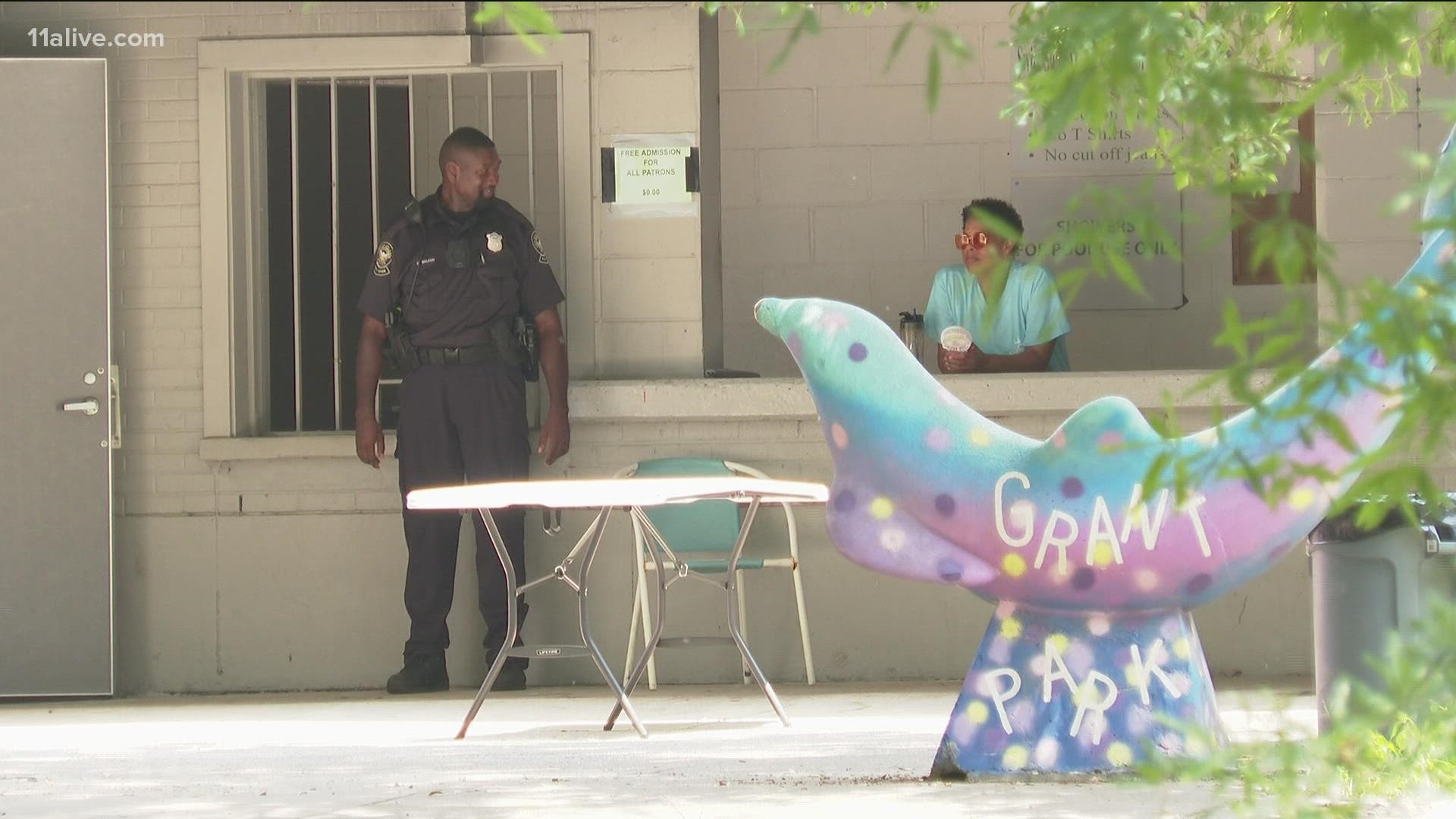 ATLANTA — A limited number of City of Atlanta outdoor pools have reopened with new safety measures after 17-year-old Jakari Dillard was shot and killed at Anderson Park pool last weekend. The city said the Department of Parks and Recreation worked with the Atlanta Police Department and pool vendor American King to "thoughtfully" reopen some of the city's public outdoor pools for the remainder of the season.

The City of Atlanta said Grant Park, Pittman Park, Maddox and John A. White pools have reopened. Atlanta's indoor pools did not close this week along with the outdoor pools.

There will be changes. Pool-goers can expect to have their bags checked and a metal detector will be used for the check before anyone is allowed inside the pools' gates.

Saturday, July 31 marks the beginning of the City of Atlanta's regular Back-to-School schedule, where its pools are only open on Saturdays and Sundays from 12:30 to 8 p.m. through Labor Day.

All 12 outdoor city pools were shut down last Sunday, just a day after Jakari was shot and killed. His family said he was playing with other kids in the water when some of them began arguing. Witnesses said someone grabbed a gun and Jakari was shot.

Jakari's family called on the City of Atlanta to start checking bags when pools reopen.

"Jakari was supposed to be graduating next year, I’m planning a funeral," his mom, Courtney Dillard said.

Atlanta police said they have issued a murder warrant for a suspect in Jakari's death but as of Thursday afternoon, they said no one has been arrested.