Employees and customers had to be evacuated as police searched for the shooter who ran inside. 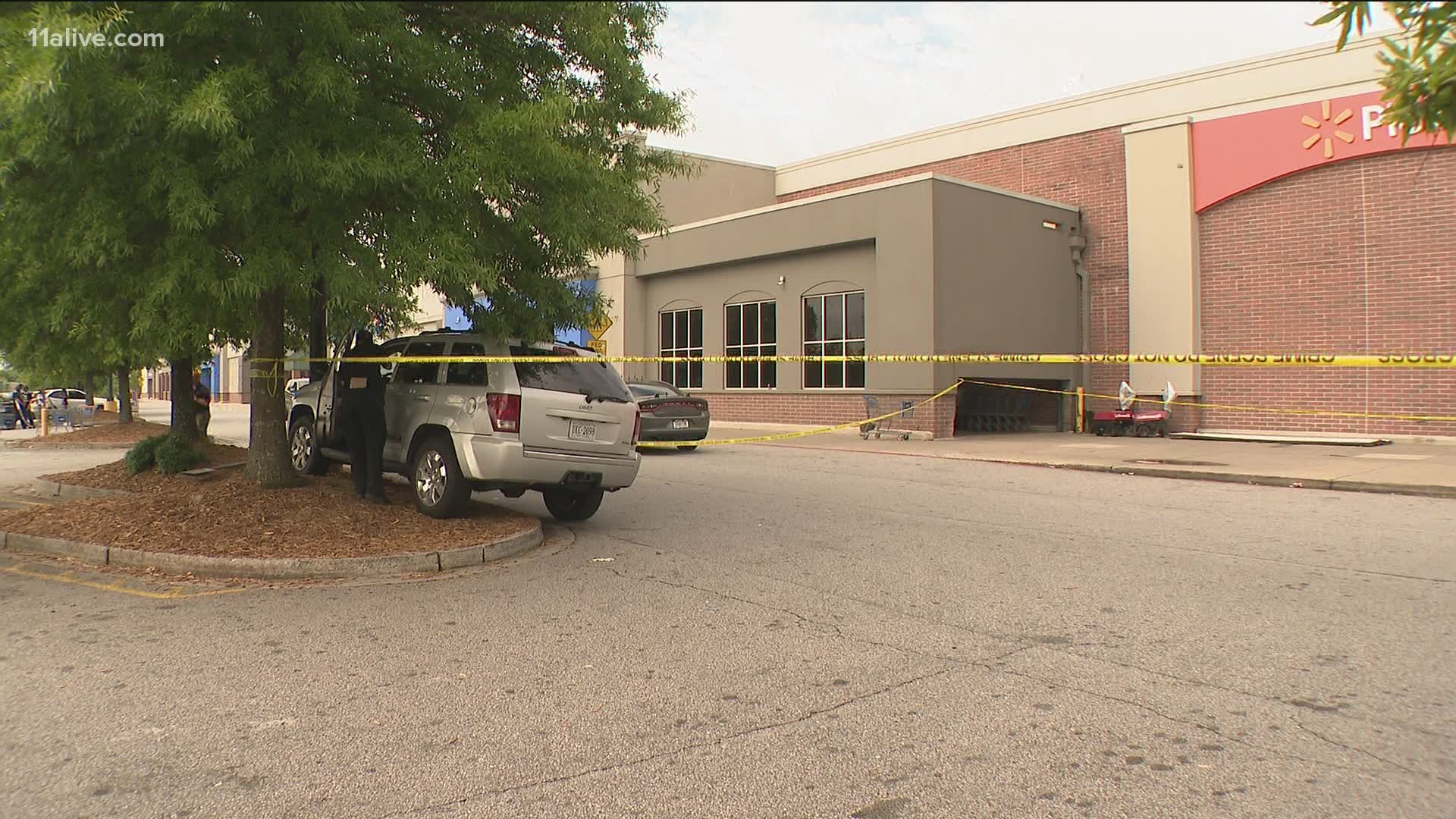 ATLANTA — Sabrina Williams went to Walmart in South Fulton late Tuesday morning to grab lunch. Instead, she ended up at a crime scene.

Police said while the shooting was scary, it was an isolated incident.

Lieutenant Jubal Rogers with the City of South Fulton Police Department said the preliminary investigation revealed two women were in a verbal personal dispute in the parking lot, leading to one firing shots at the other. The two women were acquaintances.

Police haven't said what the heated exchange was about, but shots soon followed.

"After the shooting, the female ran inside the store," Rogers said. He said an off-duty officer helped arrest the shooter once she made her way inside Walmart.

Police said they recovered the firearm in the store and shut down Walmart to complete the investigation.

During the chaos, witnesses said the victim crashed an SUV into a pole near the front entrance, but police have not confirmed who was behind the wheel. The 11Alive chopper captured employees and customers being evacuated while detectives collected evidence.

According to police, the victim was transported to a hospital. At last check, she was out of surgery, but still in serious condition. The alleged shooter, a 19-year-old from Augusta, was taken into custody.

Rogers warrants were obtained for aggravated assault and possession of a firearm during the commission of a felony. Rogers addressed the continued rise in shooting cases.

"Gun violence is definitely plaguing the metro Atlanta area right now," he said, "We want people to settle these disputes amicably and put these guns down."

The victim needed to have surgery, but no other details were given about her condition.