'Who else would have done this?' Jail house call shows Cortney Bell's doubts about Chris McNabb's innocence

Defense and prosecution rest in murder trial against parents accused of killing 2-week-old in 2017. Closing arguments are set for Tuesday. 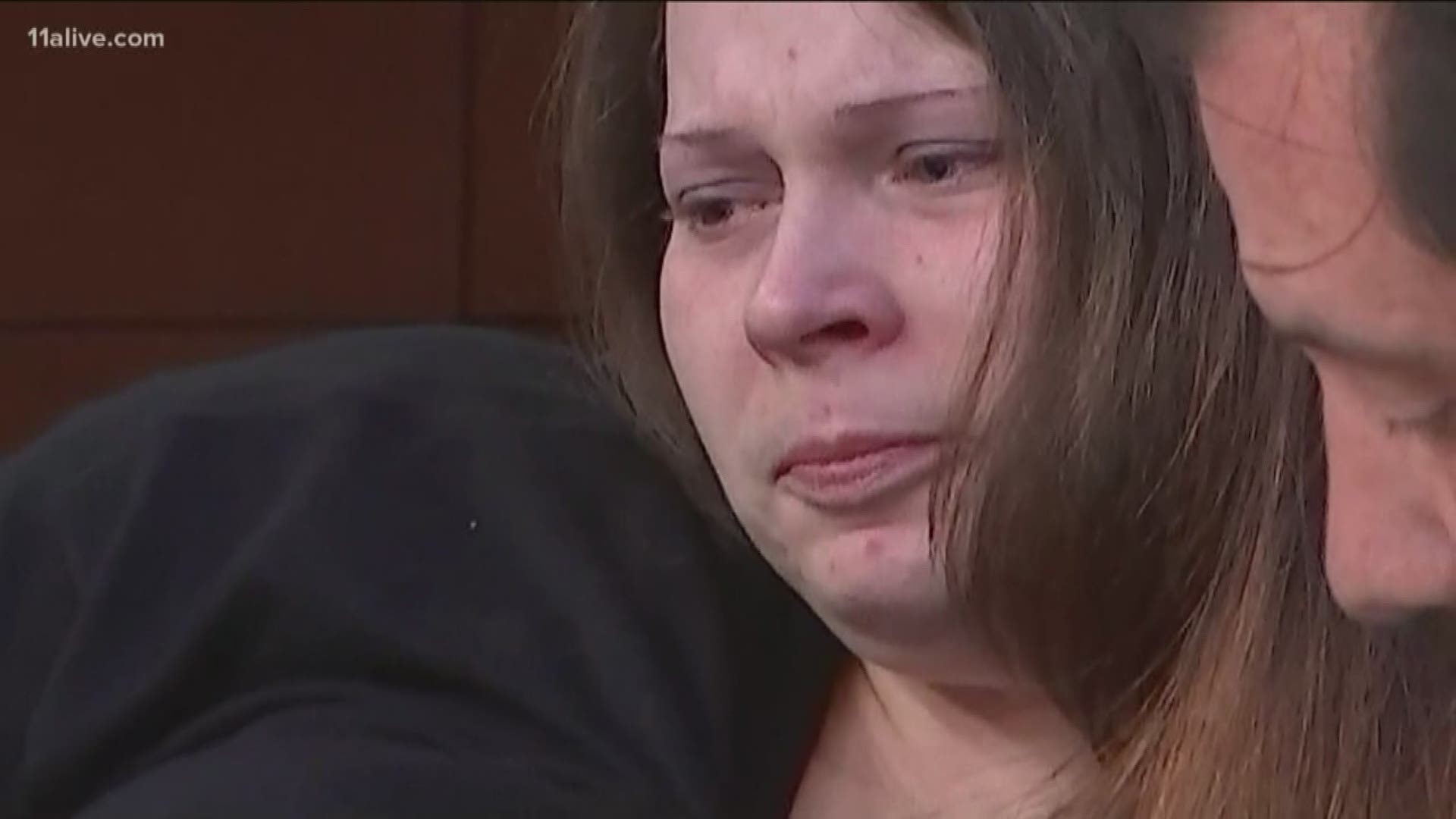 The prosecution and defense rested their cases Monday morning in the murder trial against two parents charged in the death of their 2-week-old daughter Caliyah in 2017. Father Christopher McNabb and mother Cortney Bell are accused in the murder.

The court is now in recess, with closing arguments and jury deliberations set for Tuesday.

On Monday, prosecutors added one last element in their case against McNabb, as they presented some of his online communications from around when Caliyah went missing and played phone calls he made from jail to Bell.

“What happened? What did you do…. Who else would have done this, Chris?” Bell asked him. “I don’t know what else to think. There was nobody else in our house. I was asleep. So what do you want me to think?"

“Chris, ain’t nobody going to come in my house, take our baby, and then rumble through our house looking for things of ours to put in the bag with her,” Bell responded back.

“I’m telling you the truth, Cortney. I didn’t do it, baby," McNabb said.

Bell replied: “I’ll always love you, but I want to know what happened to my baby.”

The defense attorneys asked the judge to dismiss the case, saying prosecutors have not introduced any evidence to prove the parents are guilty. Judge John Ott denied their request.

The morning’s testimony also saw a number of associates of the parents - including a man, Shane Kidd, that McNabb and Bell have said she was told was the person who actually committed the crime – testifying about their communications with McNabb the morning Caliyah went missing. An investigator also reviewed Facebook records of the communications.

Kidd testified to receiving Facebook messages from McNabb early in the morning of Saturday, Oct. 7, 2017, the day Caliyah went missing.

McNabb has maintained he fell asleep before 6 a.m. and Caliyah and his other daughter, 2-year-old Clarissa, were safe and sound. He’s said he awoke at 9:33 a.m. that day when his father texted him, and the children were fine, and he fell back asleep. He said Clarissa woke him up about an hour later and the infant was gone.

Kidd however said he received a message from McNabb saying he was “wigging and tripping” at around 7:40 a.m., and another about an hour later saying the child was missing – which would be about two hours before he has claimed to police he discovered that Caliyah had disappeared.

There were no records of these communications, though, while there were records of similar communications made to others - including a woman, Courtney Gail Morris, who also testified Monday, and to Bell – that mostly corroborated McNabb’s timeline.

Throughout the trial, prosecutors have painted McNabb and Bell as negligent parents who exposed their children to drug use and domestic violence. They have focused on the actions of McNabb in the hours after Caliyah went missing, including his going to search in the woods the morning of Oct. 7 and, when they heard the news that she was found the next day, his frantically leaving a car they were in.

The parents, for their part, have wept through emotional family testimony and video recordings of their police interviews. The defense has argued they were targeted by police at the expense of fully investigating other potential aspects of the case, and that prosecutors have not produced definitive evidence that meets the reasonable doubt standard.

'She was my baby': Father spoke in past tense of missing 2-week-old before she was found dead