A 54-year-old was cited for failure to yield while turning left -- and DUI less safe. 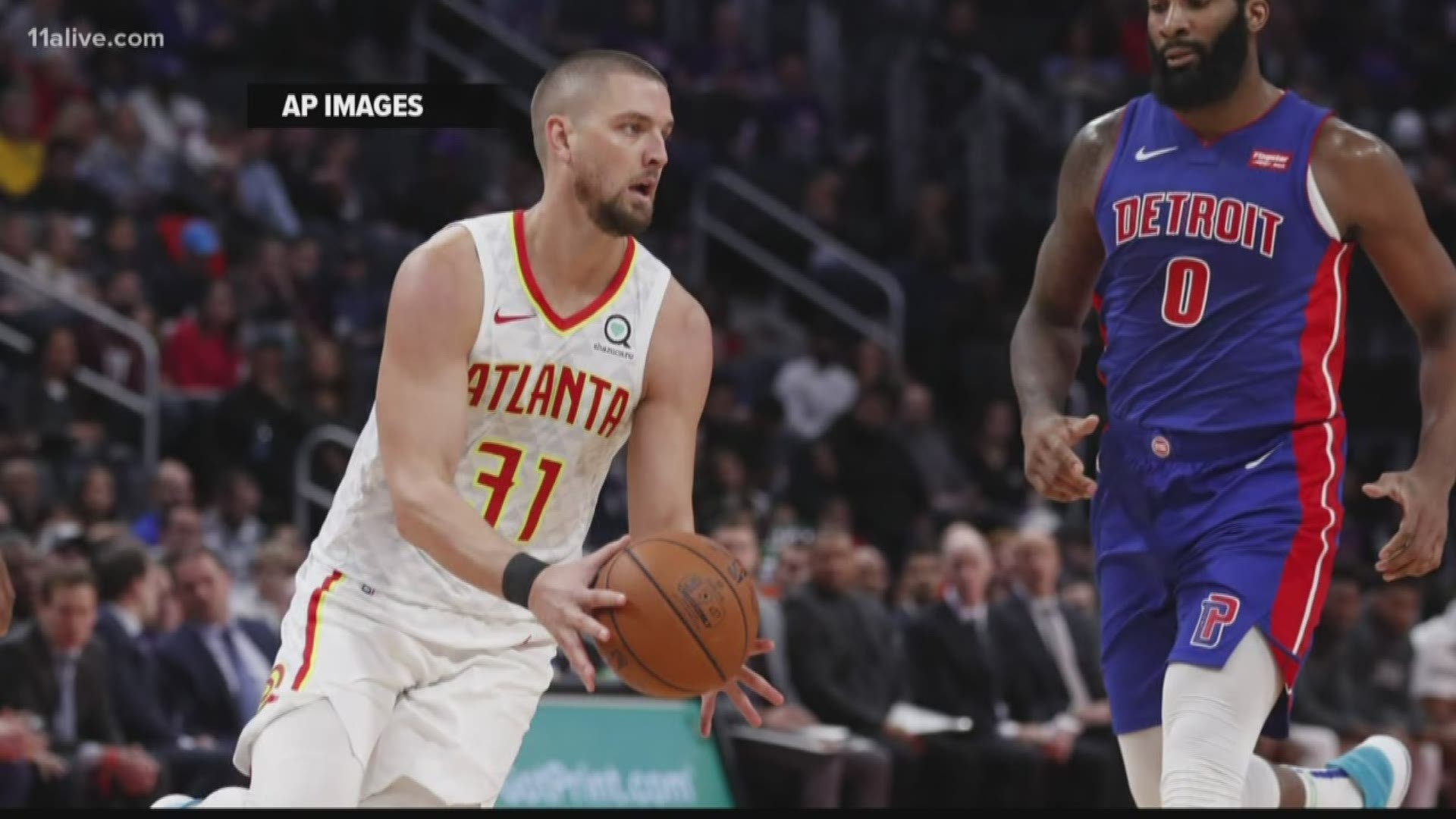 According to the police report obtained by 11Alive, a Brookhaven police officer happened to be at the intersection just before 2 p.m. on Jan. 15 and observed an alleged DUI driver crash into the car Parsons was driving and another vehicle.

A Honda Accord, driven by Wesley Olson, 54, of Lawrenceville, was making a left turn from North Druid Hills Road onto Buford Highway when he collided with oncoming traffic.

Olson was unconscious at the wheel, the responding officer said.

Parsons was driving a Rolls Royce westbound on North Druid Hills Road attempting to cross the intersection at Buford Highway when he was struck.

Before being transported, police say, Olson regained consciousness and briefly spoke with the officer.

"He was only able to answer one question coherently," the officer wrote in the report.

The officer said in the report that Olson "smelled heavily of an alcoholic beverage" and that his eyes "appeared to be very glossy."

Olson was cited for failure to yield while turning left -- and DUI less safe.

Parsons told police he had injuries to his back, neck and head but did not wish to be transported.

Olson's injuries were not known, however, he was transported to WellStar Atlanta Medical Center and police said he had a large knot on his head that was bleeding.

His attorney, Morgan & Morgan, said he suffered multiple severe and permanent injuries -- including a traumatic brain injury, disc herniation and a torn labrum.

“The at-fault driver created utter chaos on the roadway, needlessly endangering the lives of countless motorists," the firm said in a release. "Our focus right now is on helping him make a full recovery, while we also work to hold any and all responsible parties fully accountable.”

Parsons was selected by the Houston Rockets with the 38th overall pick in the 2011 NBA draft following a successful career with the Florida Gators. After the 2013–14 season, Parsons became a restricted free agent and eventually signed with the Dallas Mavericks. From 2016 to 2019 he played with the Memphis Grizzlies before being traded to the Atlanta Hawks.

He said he was "banged up pretty bad" but that he "didn't know what was going on with the case."