'This is a tragedy. This is never our first option.' | Officer shoots man after he allegedly made suicide threats then turned gun toward police

11Alive saw GBI patrol cars and crime scene tape at the apartment complex, which is located less than a mile away from Truist Park. 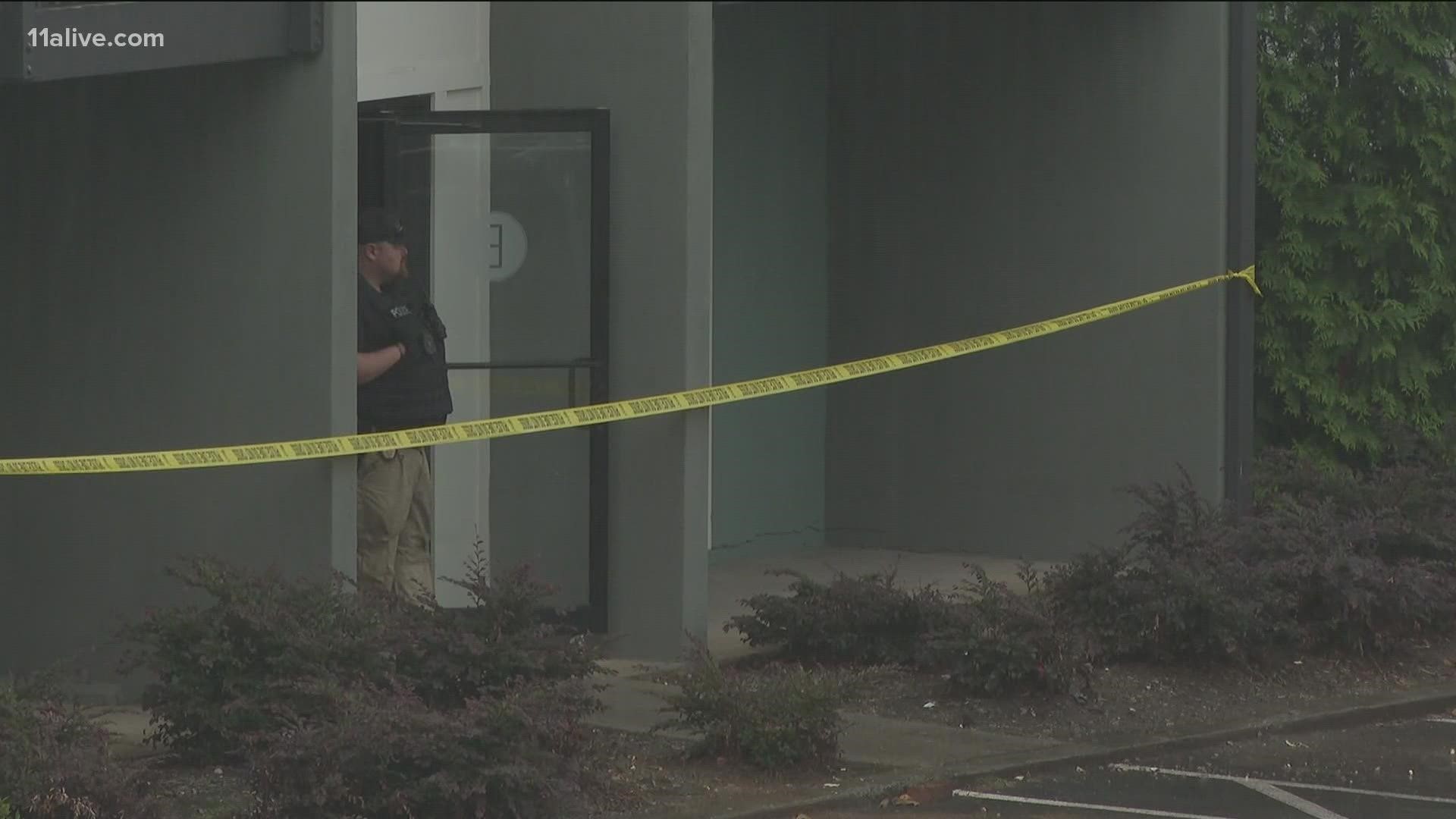 COBB COUNTY, Ga. — The Georgia Bureau of Investigation confirms the man an officer shot after he allegedly turned his gun to police while making suicide threats on Saturday has died.

11Alive crews saw crime scene tape and GBI patrol cars at the Edison at the Battery apartment complex on Lincoln Trace Avenue. That is located less than a mile away from Truist Park.

According to a statement from the Smyrna Police Department, officers responded around 3:13 p.m. regarding a person making suicide threats. Police say several people were inside the apartment at the time.

When officers arrived, a man was holding a gun and threatening to kill himself. Officers started negotiations with the man, attempting to "deescalate the situation," police say.

That's when the man pointed the weapon toward police and an officer then fired their gun.

"In a nanosecond, he changed the dynamics of the situation where he then was pointing a firearm at us, putting our lives in danger. So we had no choice but to neutralize the situation," Lieutenant Louis Defense said.

Police say the man was taken to a local hospital to have surgery. The GBI later confirmed in a statement that the Smyrna 27-year-old died of his injuries.

No officers were hurt.

"Everyone was in danger. If this individual had a firearm and was acting irrational, he could have turned that firearm on anyone other than himself and us," Defense said.

According to GBI spokesperson Nelly Miles, the Smyrna Police Department requested that agents with the bureau respond to the incident, which is standard protocol for shootings including law enforcement. The agency is currently investigating. Defense says Smyrna Police will investigate how the initial call was handled.

"This is a tragedy. This is never our first option. Our goal is to preserve life, so we want to assure our citizens that we always have their best interests at heart," Defense said.