Officers said about 100 vehicles were blocking the roadway when they responded to reports of street racing on Peachtree Street. 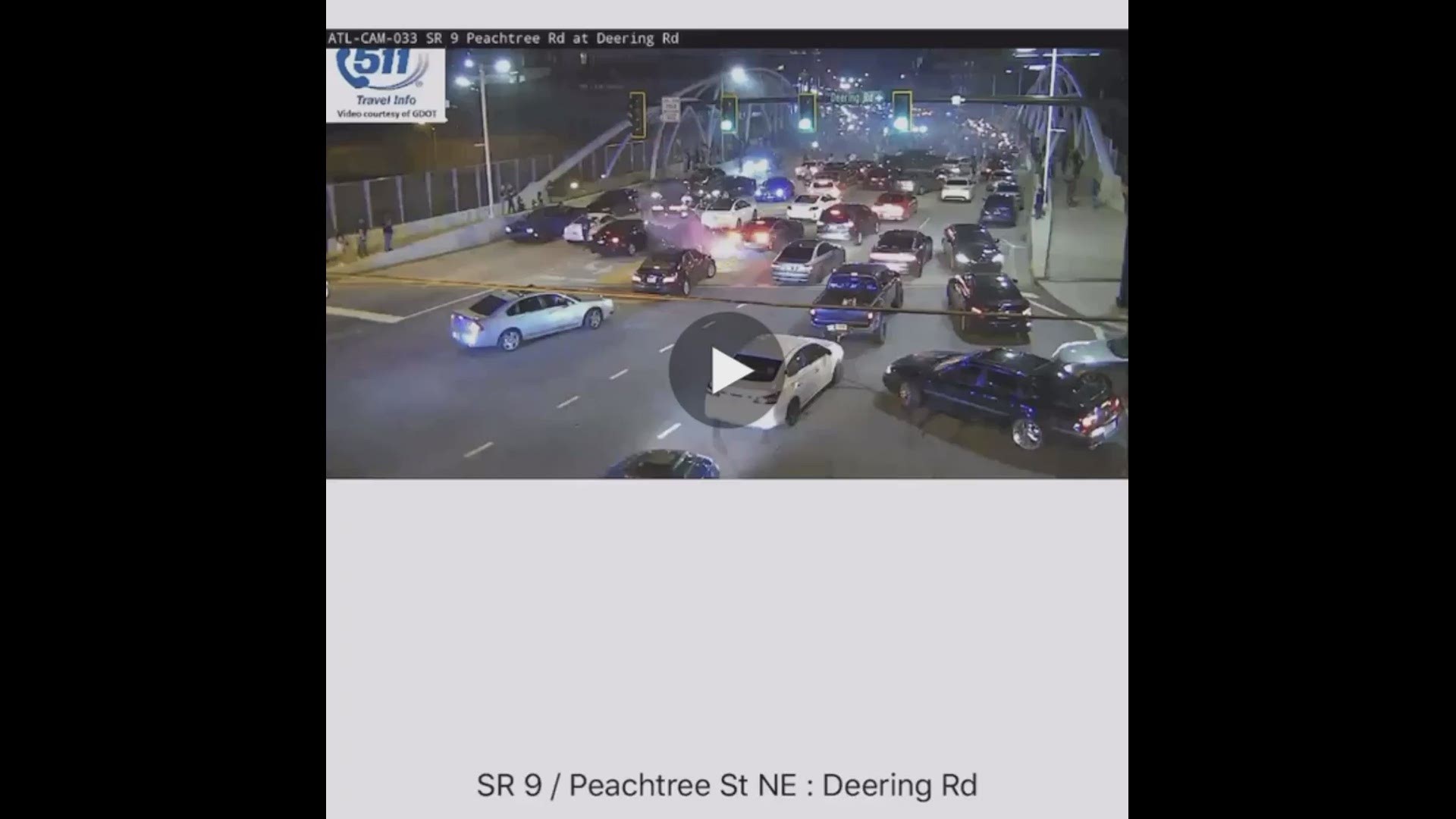 According to Atlanta Police Officer Steve Avery, officers responded to the area of Peachtree Street and Interstate 85 at about 1 a.m. after receiving reports of "a large gathering blocking the roadway."

When they arrived, Avery said, officers found about 100 vehicles blocking the roadway, vehicles driving recklessly and people setting off fireworks.

According to Avery, as police arrived, the crowd disbanded and moved to the Sidney Marcus Drive area.

He said that officers in that area made one arrest and impounded two vehicles.

Avery said that the crowd left that area and moved to the area of Armour Drive and Buford Highway, where vehicles and pedestrians blocked the highway.

When officers arrived at that location, Avery said, officers issued a number of citations, made one physical arrest for a traffic charge and impounded three vehicles.

Specific information on the individuals and vehicles involved were not immediately available.

Street racing has been taking place in parts of metro Atlanta for months.

Atlanta Police has said as recently as May 2020 that they were taking a hard stand on street racing, but the nearly weekly events have continued in parts of the metro area.