Fulton County Schools pushes back start date for the year

The change would 'allow for more overall preparation,' the district said. 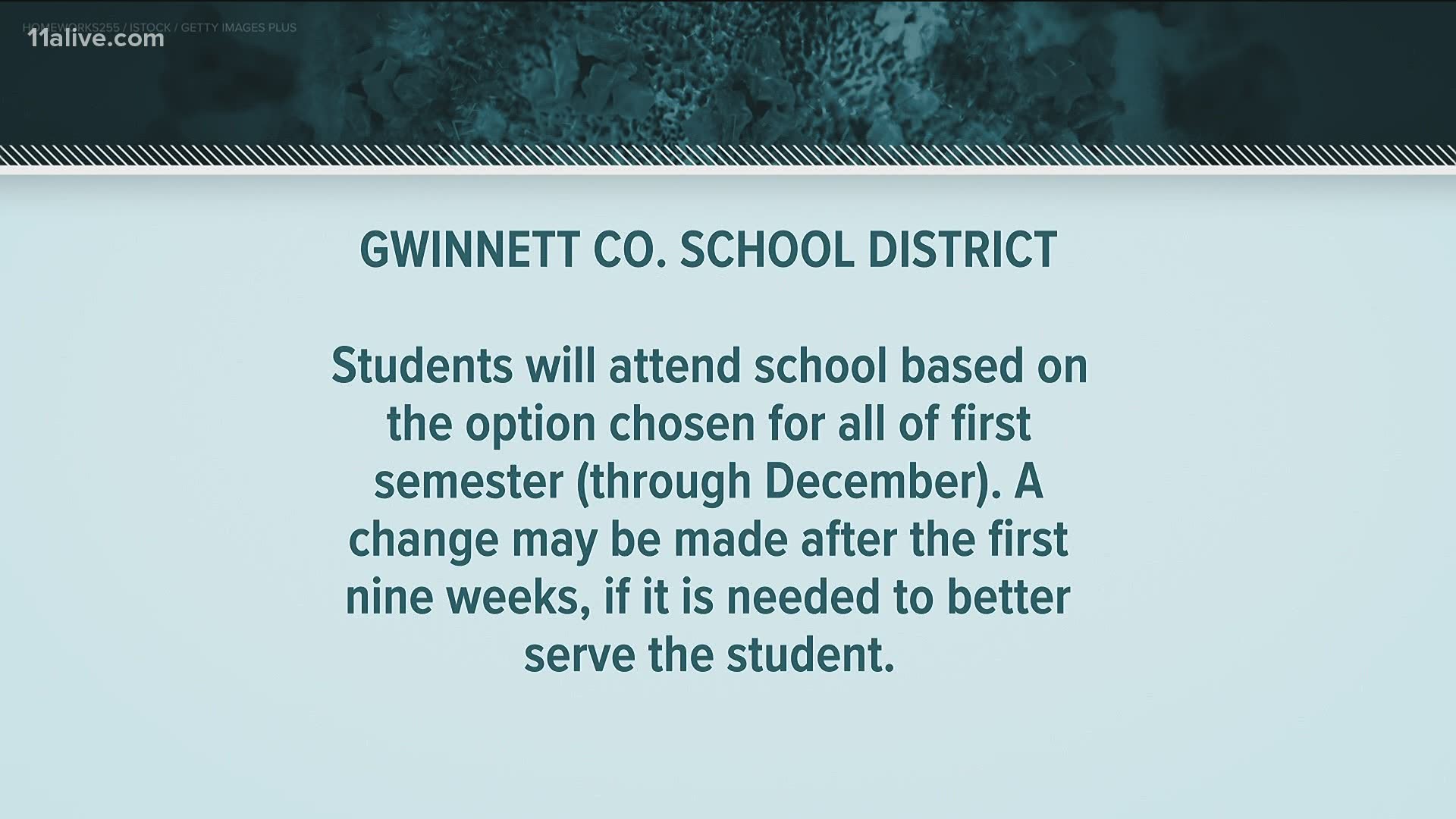 FULTON COUNTY, Ga. — The Fulton County School District said it has revised the school calendar to push back the first day of school for the 2020-21 academic year.

According to the district, the school board voted Monday to delay the start day for the school year from Aug. 10 to Aug. 17 to "allow for more overall preparation."

The district said the decision was also made in-part because of changes in election dates by election officials. Because one-third of Fulton County Schools serve as polling locations for voters, the district said the Aug. 11 runoff elections would bring large numbers of voters and other members of the public into school buildings. It would create "an additional safety concern during the COVID-19 pandemic."

The district said the delay would allow schools to re-disinfect the areas serving as polling places, while also giving teachers and staff additional planning days.

The news comes as districts continue to solidify plans for the upcoming school year amid the ongoing pandemic, which has seen a significant increase in the spread of COVID-19. As of right now, Fulton County Schools, and several other metro Atlanta districts, have decided to offer an either/or option of in-person or virtual learning for the upcoming year.

11Alive has reached out to several other districts to see whether they are also delaying the start to their school years. So far, only Gwinnett County has responded to say that they have not changed their planned start date for Aug. 5. We will update this story as districts respond.