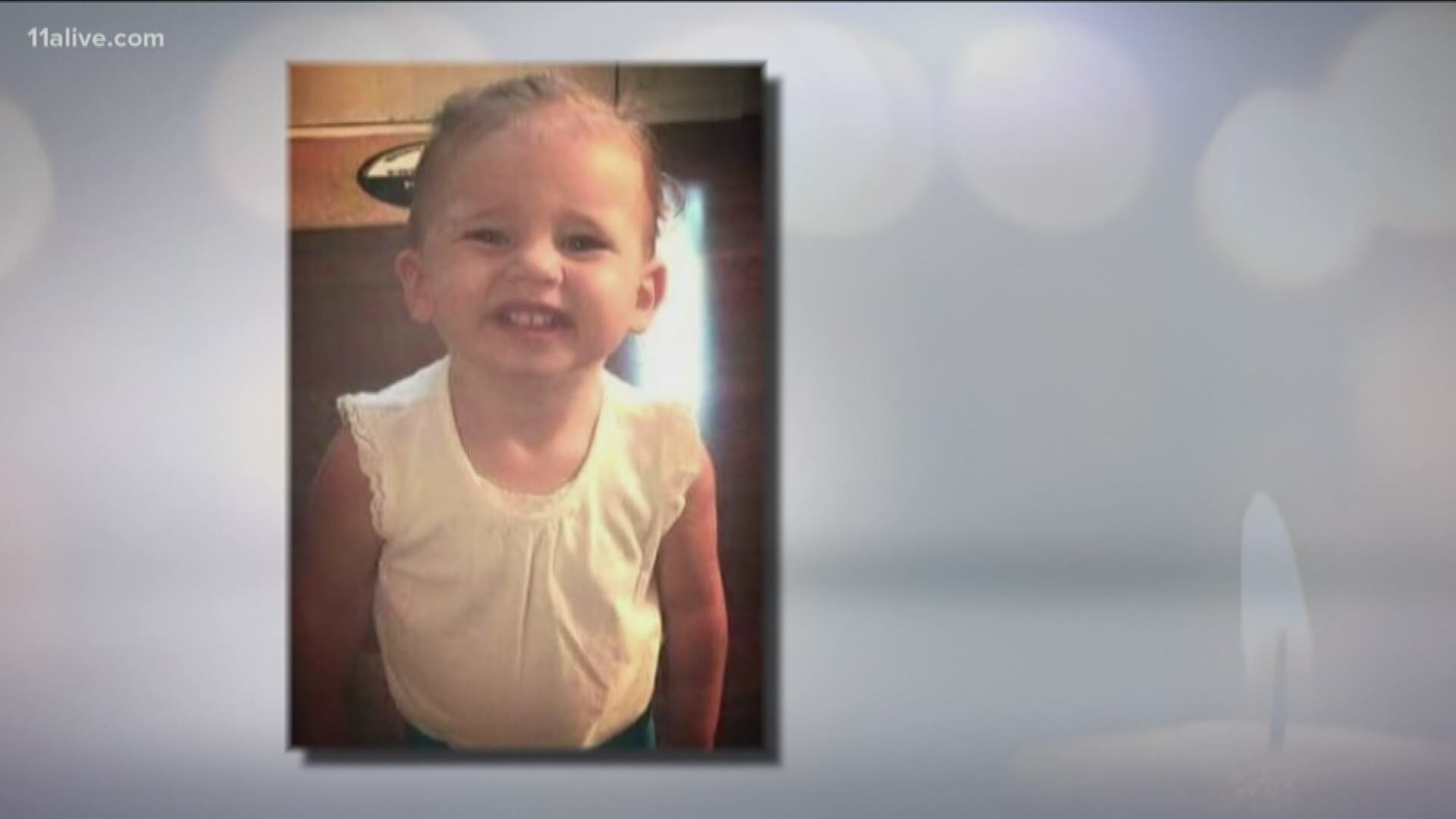 ATLANTA — The Rosenbaums were Laila Daniel’s foster parents when they said she choked on a piece of chicken on Nov. 17, 2015. However, the autopsy told a different story. The medical examiner ruled she died from abuse and had sustained a number of injuries during her time with the Rosenbaums, including:

In the arrest warrants, police say Jennifer Rosenbaum struck Laila so hard shortly before her death that she sustained a transected pancreas. The warrant says “the injury was stated by GBI (Georgia Bureau of Investigation) personnel as being a major contributing factor to the child’s death.”

The Rosenbaums, meanwhile, claim Laila choked while eating chicken at their home.

On the day of the toddler’s death, Jennifer Rosenbaum contacted a case manager with the Department of Family and Child Services (DFCS). She told the case manager that she tried to dislodge the food when Laila began choking on it. According to the report from DFCS, Jennifer told the case manager she “then used a butter knife to try to push the chicken down, but was unsuccessful, as Laila continued to choke.”

The Rosenbaums' defense attorney, Corrine Mull, said Laila’s pancreas could have been injured during attempts by Jennifer and paramedics to revive her. And the other injuries could have occurred in previous foster homes.

It’s a case that revealed the failures of Division of Family and Children Services (DFCS) workers who were overseeing Laila's care. A report found they did not intervene during questionable circumstances for several months before Laila died. They were eventually fired.

How Laila ended up in the Rosenbaum’s home

On the surface, the Rosenbaums seemed ideal foster parents for Laila and her sister. Jennifer worked for the Henry County District Attorney’s Office and was running for a seat on the Henry County Commission.

Laila’s mother knew Jennifer Rosenbaum from their time as foster children together. That’s how the mother chose the Rosenbaums for temporary custody of her children.

Neighbors said they were stunned by the charges. Craig Rozar said he’d seen Laila playing in the family’s yard and saw no evidence of trauma.

Laila and her sister lived with the Rosenbaums for five months before Laila’s death.

Because of Jennifer Rosenbaum’s connection to the Henry County District Attorney’s Office, prosecutors from another county are handling the case.

In March of this year, the Georgia Supreme Court ruled the prosecution cannot use evidence from the Rosenbaum’s electronic devices. The court said the delay between the seizure of the devices and the search violated the couple’s fourth amendment rights against unreasonable search and seizure.