The concern right now is that some of the zip codes most impacted by COVID-19 are in communities involved in protests in Downtown Atlanta. 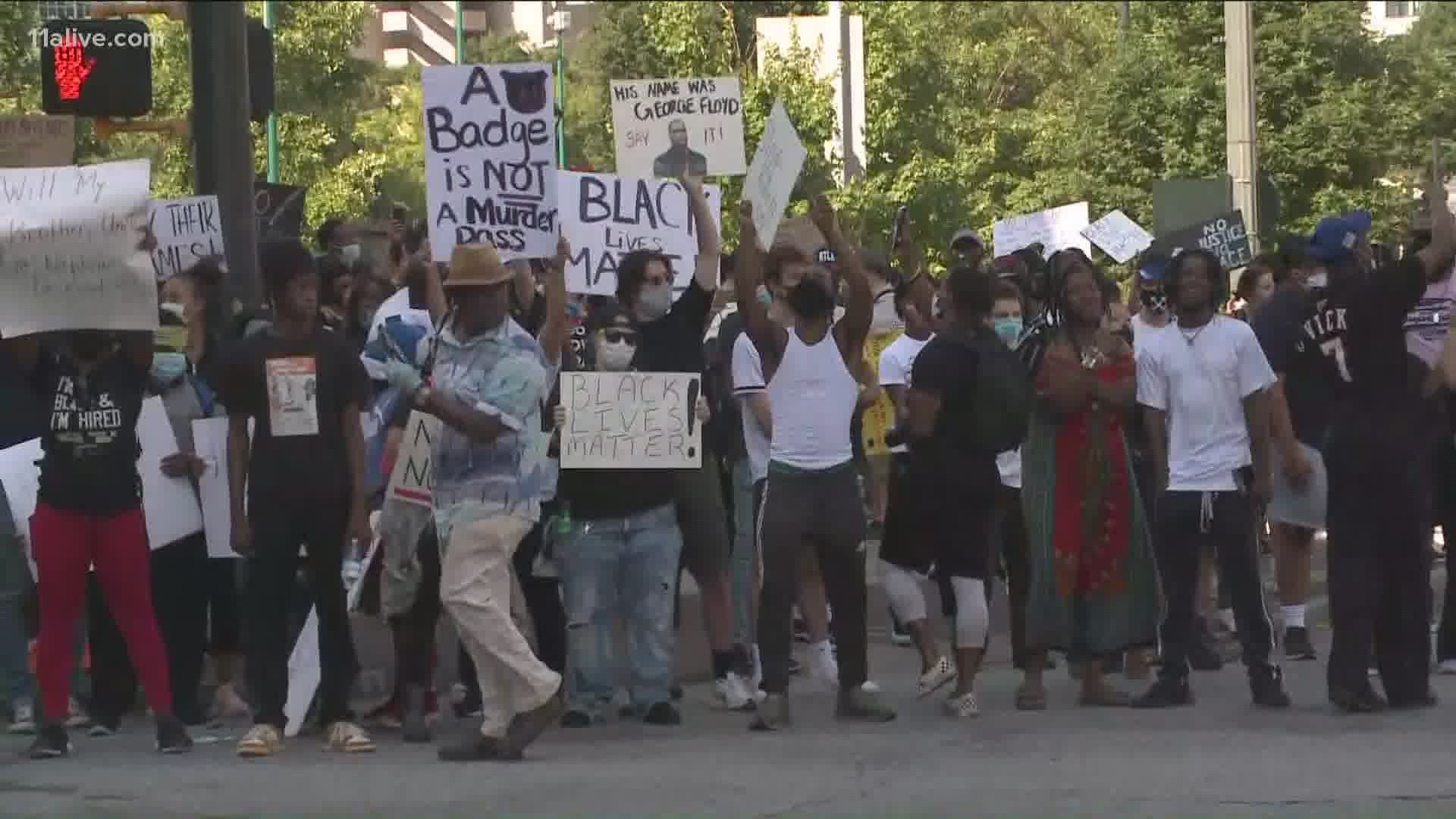 ATLANTA — With protests across metro Atlanta over the last few days, the impact of COVID-19 will likely spread well beyond the city as we continue to track confirmed cases and deaths.

Looking at the big picture, the number of new COVID-19 cases has trended down now for several days, with an average of 523 new cases this past week. That’s compared to 659 the week before.

While the number of reported new patients only includes those diagnosed for the first time while in the hospital, that number has also been trending down.

Testing over the past few days has also slowed down, however, with only about 5,700 test results coming in each day. Serology - or antibody tests - make up more than a third of those tests.

When you compare the number of cases to the size of a county’s population, Hall county has been the most impacted county in the metropolitan area. But a look at the raw numbers shows Fulton County still has the highest number of confirmed cases.

As of Monday afternoon, that number doesn’t seem to be slowing down. In all, 454 new cases were reported this past week - almost double the number the week before. And while we’ve heard a lot of talk about the impact this is having on long term care facilities, only 17 of those new cases came from nursing or rehab centers.

The zip code with the highest number of cases in that county has consistently been 30331, but that growth is slow. The concern right now is that some of the zip codes most impacted by COVID-19 are in communities with predominately black residents - residents who may be involved in the protests downtown.

Remember, testing is free, but you generally need an appointment.