The District Attorney announced they were declining to retry Sheila Denton, after a judge ruled the evidence against her wasn't enough to put her behind bars. 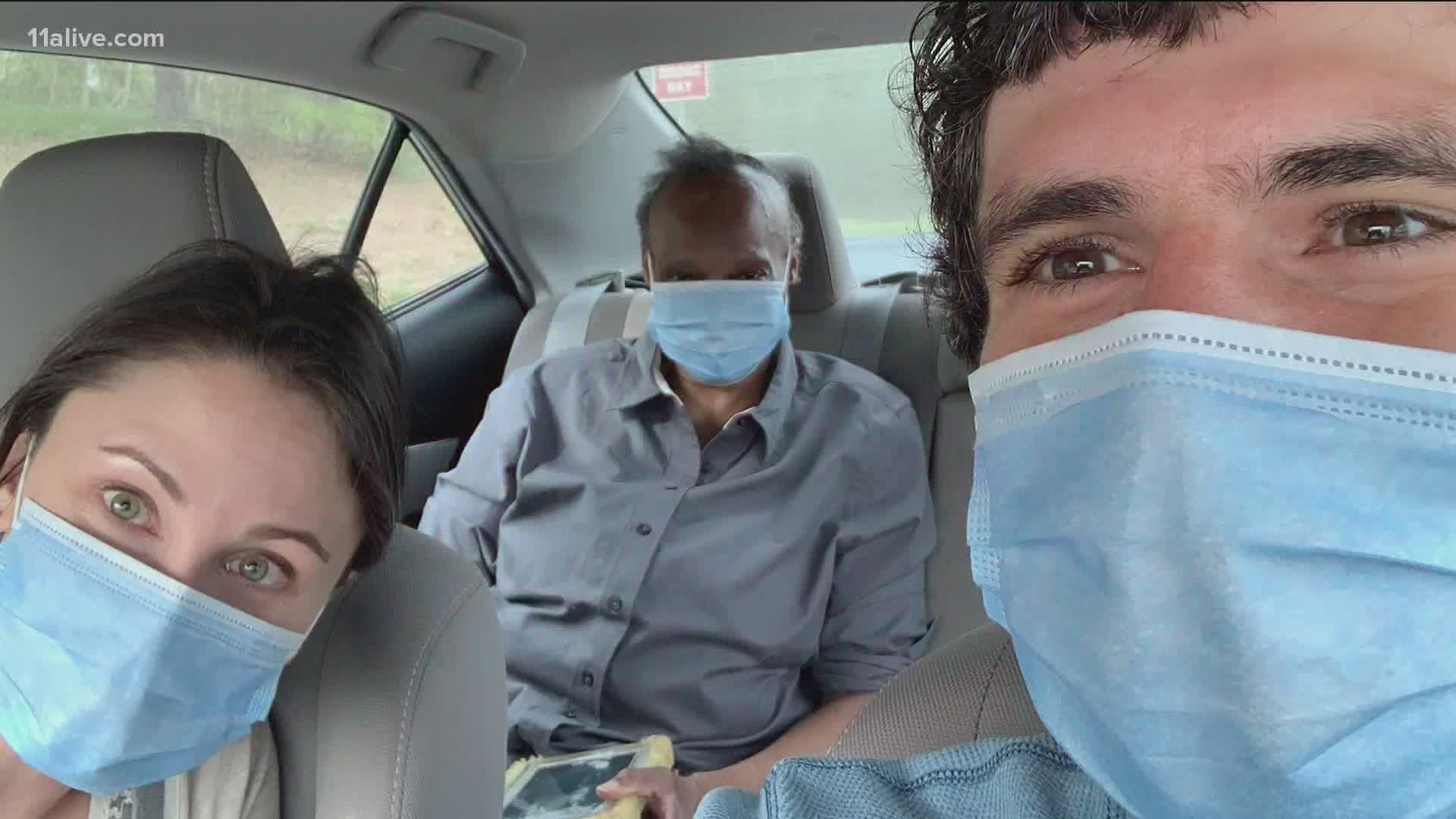 ATLANTA — Ricky Allen was a teenager when his mother was sentenced to life in prison for murder.

Fifteen years later, Allen received the call he had been praying for, his mom was being released from prison.

“I was overwhelmed when I got the call, she said we’re picking your mother up, we’re on the way home and I couldn’t do nothing but smile. I was over-joyed, over-joyed," said Allen.

Sheila Denton was serving a life sentence for the 2004 murder of 73-year-old Eugene Garner.

But after years of battling for the court to take a second look at her case, a Georgia judge ruled the evidence presented in the first trial was "inherently unreliable".

There were two pieces of evidence presented in the trial, a witness claiming Denton confessed to her, and an alleged bite mark found on the victim and Denton.

The Reveal, 11Alive's investigative team, has been looking into this case since 2018.

We spoke to multiple forensic experts that say bitemark evidence is flawed and should not be used in court.

Since 2005, more than 30 people incarcerated for bite mark evidence have been exonerated or had their indictments dismissed. Ware County Judge Dwayne Gillis agreed that this evidence is unreliable and granted Denton a new trial.

The judge even went as far as to write in the order - if the trial happened today, "it would probably produce a different verdict."

A short time after the judge ordered a new trial, the district attorney declined the prosecute Denton’s new trial.

On April 8, the 53-year-old was released from prison.

The picture below is of Denton's attorneys picking her up after her release.

RELATED: ‘In the beginning I had rage’: Man wrongly convicted released from prison after nearly 3 decades

The Southern Center for Human Rights represented Denton in her push for a new trial.

“Well, it’s a big deal for Ms. Denton but I also think it’s a very big deal for forensic science on a grander scale. The judge recognized that we used to think that bite marks were valid, but now we know that bite mark testimony is just not reliable," said attorney Mark Loudon-Brown.

The Reveal spoke to Dr. Rick Cardoza, one of the five forensic dentists who reviewed Denton's case, who concluded that the scars were either not bite marks at all or inconclusive at best.

“It was my opinion that the injury showed insufficient information to make a judgement as to whether this was a bitemark or not," Cardoza said.

In 2016, a report by the President’s Council of Advisors on Science and Technology found “bitemark analysis does not meet the scientific standards for foundational validity,” calling it “subjective.”

1 / 13
Provided
Shiela Denton and Eugene Garner, the victim, both had alleged bitemark wounds on them, according to Waycross Police and the Ware County DA.

As for the other piece of evidence used in the trial, the video of the witness, Shannon Jones, that was found to have flaws of its own.

The Reveal reported in 2018 that Jones only came up with her story after detectives lied that they had evidence putting her at the scene of the crime.

Since her release, Allen said his mom is busy getting to know her grandchildren.

“My kids love her. It’s her first time being around my two-year-old. It’s like they met each other for the first time and knew each other their whole life," said Allen.

When we asked him what he wants people to get out of his mom's story.

“To never give up, be there for them. It gives them hope," Allen responded.